The soldier has frequent flashbacks to back home, to an ill-fated love affair and the wise sayings of his grandmother (Tantoo Cardinal).  He escapes with the help of a translator accused of being a traitor and his fiery daughter. (She’s a  formidable presence played by  Mozhdah Jamalzadah, who lives in Vancouver and used to host a radio talk show in Afghanistan). With the Taliban pursuing, they head up into the mountains where we get another connection to our north: heavy snow. We already had snowmobiles on the tundra contrasted with motorcycles in the desert. It’s a thriller with substance, was the most popular Canadian film at VIFF last fall and won three big awards at the recent Women In Film festival. (International Village) 3 ½ out of 5

HOPE GAP: The acting is very strong, especially by Annette Bening, in this convincing drama about a marriage breaking down. It’s got some flaws but it feels authentic. People in long-time relationships will understand exactly. It may resonate, maybe uncomfortably. 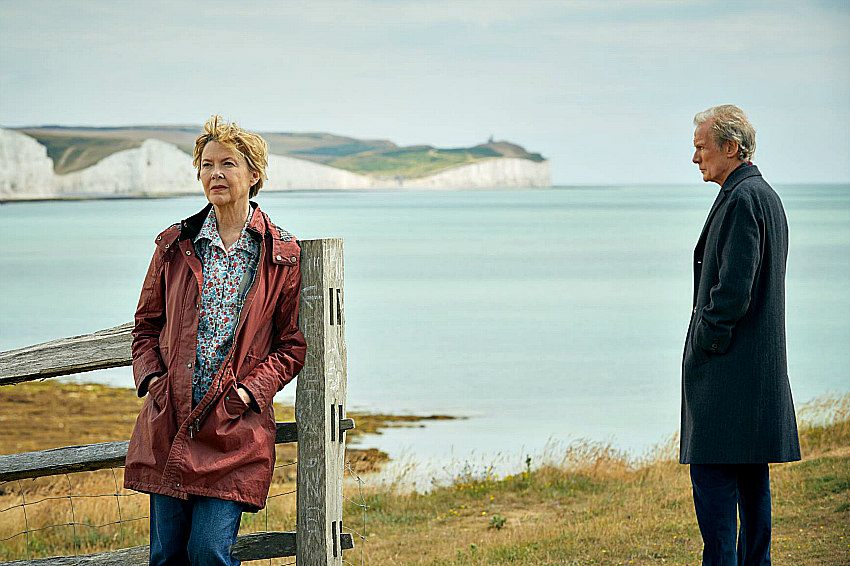 Bill Nighy is the husband with not a touch of his familiar irony but a lot of resignation. The couple live in England (Bening does a credible accent), they’ve been married 29 years and they don’t always have much to say anymore. “I want a reaction. I want a real marriage,” she blurts out at one point. He teaches history, currently about sacrifices by Napoleon’s soldiers, which jibes with the title of the stage play the film is based on, The Retreat from Moscow. William Nicholson, who wrote it, also directed the film. The new name refers to a spot at the White Cliffs of Dover and isn’t any more relevant. In the story, the husband has been cheating, decides to move out and has his son visit to be there to comfort his wife when he tells her. It’s all so sudden it’s hard to believe. The talk is mature and still stage-bound but often clever. The other woman’s answer to why she had the right to take the husband is a classic. (5th Avenue) 3 out of 5

MY SPY: We get to see it a month before Americans do. Down there it’s been delayed, an indirect affect of other films moving around because of the coronavirus. Here it plays for spring break and if you go, taking a kid or two, you’ll find a perfectly likeable piece of trivia. Former wrestler Dave Bautista does what other big guys like Arnold Schwarzenegger and Vin Diesel did before him: babysit. He plays a CIA agent who has been demoted to surveillance over a woman in Chicago because she’s the sister-in-law of a dealer in stolen plutonium. Her daughter is a precocious 9-year-old, played by a winning newcomer, Chloe Coleman. 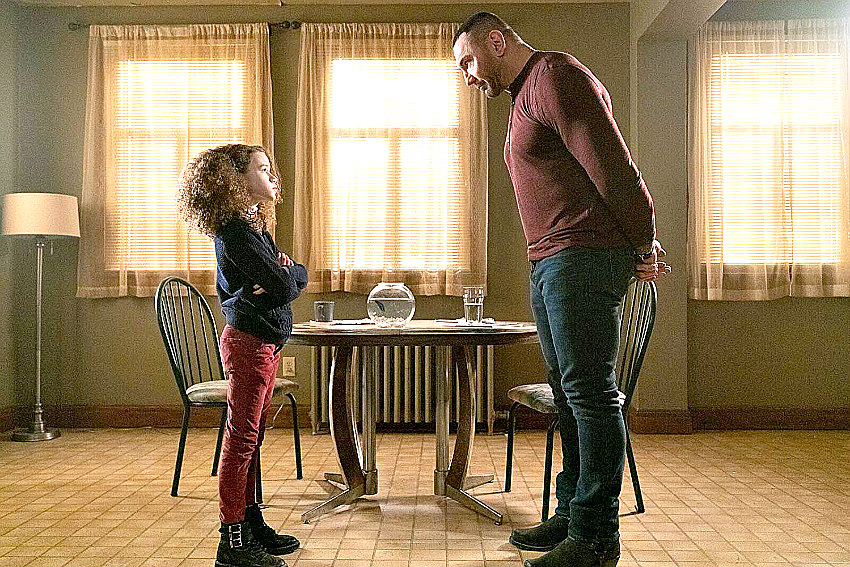 She figures out who and what he is, threatens to blow his cover by uploading some smart phone pictures she takes to the cloud and cajoles him into teaching her how to be a spy. Preposterous, but fun. Much of this is the usual: a CIA agent at show-and-tell; head office watching on monitors, gay neighbors and upset for some when deceptions are revealed.  There’s even a brief Meghan Markle joke. But Bautista’s comic chops work (remember him from the Guardians of the Galaxy films?) and Coleman is a charmer. (International Village, Marine Gateway and suburban theatres) 3 out of 5

BLOODSHOT: A lesser-known comic book character from a lesser-known company gives us this super-hero wanna be that misses a chance to fill out its potential. It starts with a contemporary aspiration but settles into something we already have lots off. We’ve seen the predictions for a possible line of genetics research: soldiers who can’t be injured. Vin Diesel plays one here, actually he’s brought back from the dead and several times we see horrible wounds heal right before our eyes. Guy Pearce plays the scientist at a private research company who gave him that capability by injecting tiny robots into his blood. 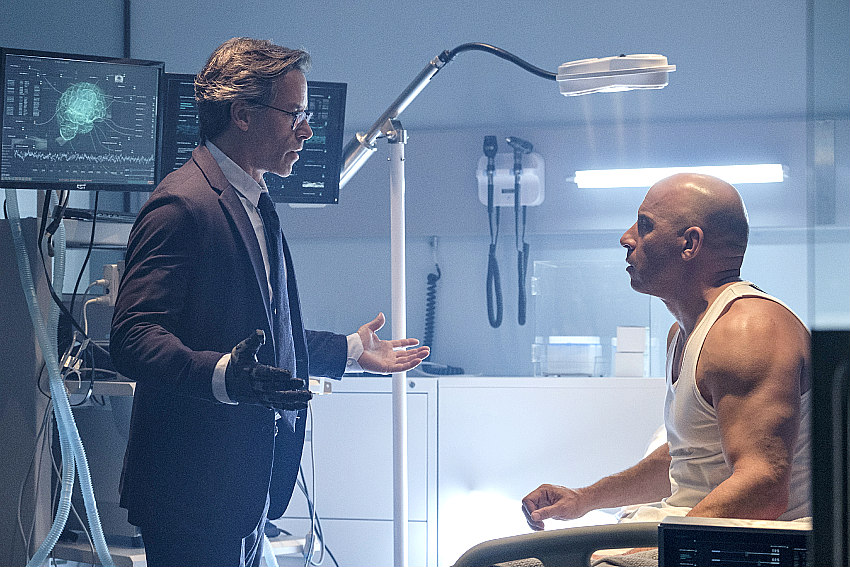