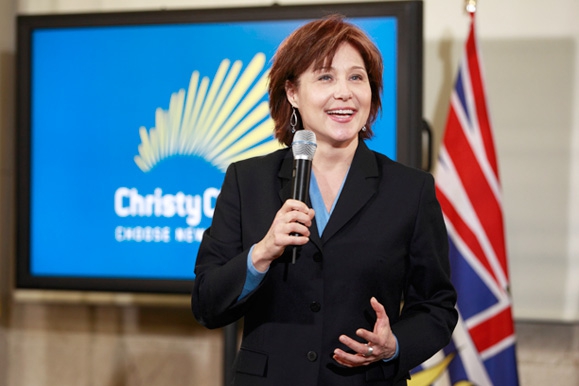 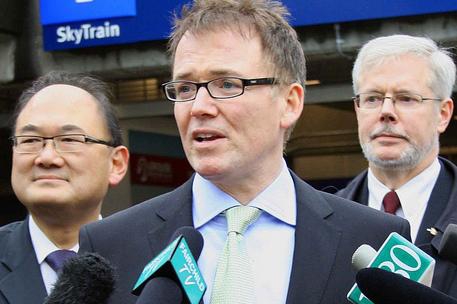 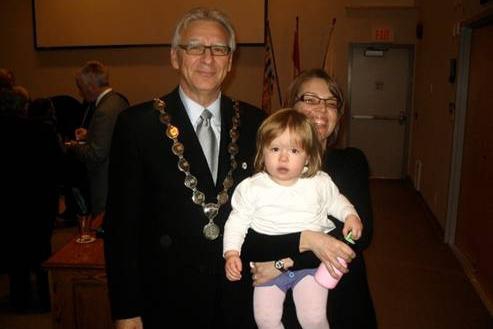 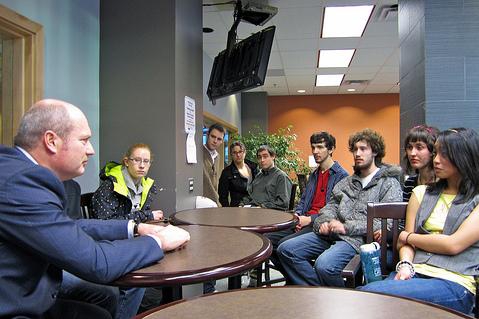 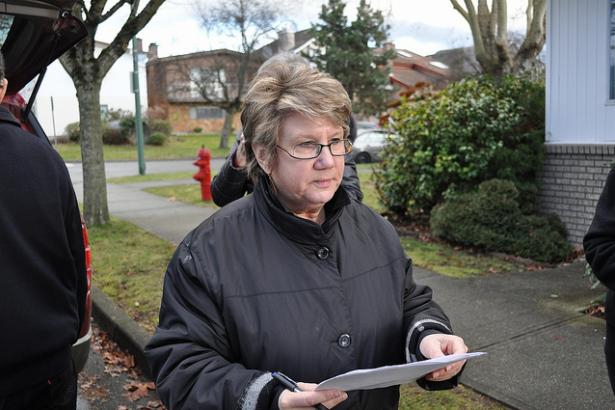 Almost a thousand suits  packed into a Hyatt ballroom to hear  six Liberal leadership candidates deliver their messages, waiting for King Campbell to pass the torch.  All were there except George Abbott who apparently saw more value in campaigning in Prince George than in attending “Build 2030”.

Well branded to appeal to the ‘me’ generation, the organizers called on  “BC’s next generation of leaders” to attend. Conceptually non-partisan, Liberals, in fact, filled the room, except for a smattering of reporters. The networking opportunity was superb, if only due to the complete lack of chairs, and the delicous appetizers never stopped.

Then came the main meal:

Christy Clark was strong on the compliments to the audience and focused her message on listening. She emphasized the ‘Green’ economy and “innovation in education.” It looks like she’s taken some great advice from her campaign team in delivering a unifying message and taking the high road in complimenting Premier Gordon Campbell, much opposed to her previous messaging. Speaking obviously comes naturally to Clark, but the speech delivered nothing new. This may be the  strategy for her ‘out-the-gate’ as the candidates get their bearing and ‘chart their course’ to the Feb. 26 leadership vote.  On the other hand, it may be her strategy throughout the campaign.  Stay tuned.

Kevin Falcon stressed the economy and jobs. Adding a little local flair to this tried and true political message, he said he would open an “economic bridge” to Asian markets.  Interesting idea, as these markets seem to have been opened for some time.

Ed Mayne showed himself to be a relative political neophyte committing himself to not fundraising members over the phone and encouraging MLAs to vote how their constituents, not their party, wants.

In all fairness, this is very idealistic and good… but not pragmatic.   Perhaps he’s aiming for a cabinet position after the next election, or trying to boost  his name recognition  in Parksville where he currently serves as mayor.

Mike de Jong provided a firestorm of energy with his emphasis on the Liberal “free enterprise government” compared with the BC NDP. The crowd was thankful for the passion he showed which was markedly missing from  the other candidate’s speeches.

Moira Stilwell lectured about the importance of effectiveness and efficiency, stressing the need to “work together.” There was very little ‘meat’ in her speech, but she came across as the most genuine and least canned of the speakers. The  speech was alternately dull and uninspiring. She showed an understanding of the role she needed to play and highlighted values she would exhibit, but failed to present her ideas in a politically effective way.

That was the main meal. It will be served to BC voters many times during the coming months. Let's hope it doesn't get stale.