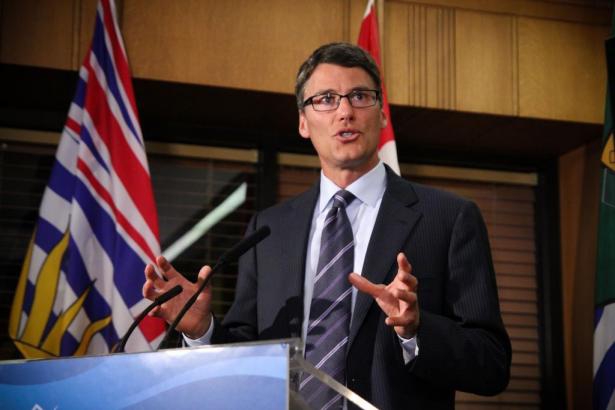 "What happened that night had a terrible impact on our city," Mayor Gregor Robertson says, "particularly on the employees and businesses."

He says he walked downtown hours after the riots happened. "The damage and destruction was deplorable."

Robertson says he had a "lot of mixed emotions" regarding the riot and review. He said the recommendations by the report were comprehensive and tangible and that the City will work toward implementing them during future events.

A reporter asks: Was the City complacent?

-- Robertson says City had a plan, but that alcohol and pace of people showing up made it difficult to respond. The said planning took place but City needs to work with province for alcohol problem.

3:35 -- The Vancouver Observer reporter asks the mayor's comment on the NPA's accusation that this was "Robertson's riot".

3:36 -- Mayor responds: "It's purely politcal -- next thing Anton will be blaming me for traffic jams on Malahat." He said "As mayor, I take full responsibility for the riots."

3:40 -- Another reporter asks about FOI requests that have been made to the City since the riots and why there has been no response yet. Mayor says the City has received many requests, and is trying to respond. Reporter asks if documents for FOI requests on the riots will be provided before election? Robertson says they should be, much earlier than the elections in November.

3:41 -- Reporter asks how big the final bill is for the riots. Mayor said final bill of the riot to be released by City.

Mayor explains the closure of liquor stores at 4 p.m. and says they need to  work with the province on this.

3:40 -- Someone asks about whether large scale events should be held away from downtown in the future. Mayor says that events are going to continue having events in the downtown core, despite the recommendations: People want to come downtown, he said, "it's at the centre of the region and where people want to celebrate."

3:50 - Mayor said he feels it puts him in an "awkward" position to be both mayor and chair of the Police board. He said he would prefer that the mayor and role on police board were separated.

3:51 -- Mayor said City had a sense of "invincibility" right up to game seven in the Stanley Cup playoffs. Does not go as far as to say the City was unprepared. He said with social media and alcohol, this kind of riot can happen in any city.

3:54 -- Robertson comments that there needs to be more coordination with police in different regions for holding large events in the future.