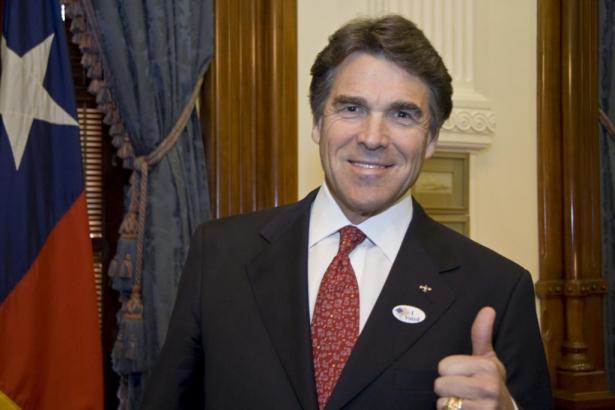 George W. Bush plus the Tea Party equals  Rick Perry, says the website ThinkProgress.org. The popular Texas governor and Republican presidential candidate, currently neck-and-neck with Michele Bachmann, is a Texas guy whose oil company ties and devout religious beliefs have won him legions of fans in the U.S. He is so well-liked by the right wing that even the anti-gay commentator Glenn Beck said he "wouldn't mind French-kissing" the governor. Yeesh.

So what's in store for the planet if this guy --- who has a legitimate chance of winning the race -- becomes the next President of America in 2012?

Here are some of the strangest beliefs endorsed by Rick Perry:

Yes, you read that right. In his 2008 book, On My Honor, Perry compares gays to alcoholics, chiding them for not practicing moderation when lusting after someone of the same gender. His exact words:

2. God brought you the economic recession

In a comparison worthy of Iran's "boobquake" (senior Muslim cleric Hojatoleslam Kazem Sedighi blamed "immodestly dressed women" for the world's earthquakes last April), Perry told TV audiences that the economic recession -- and the Middle East turmoil -- was planned by God to "to bring us back to those biblical principals" that prevent Americans from becoming "slaves" to the federal government.

In sharp contrast to billionaire Warren Buffett, who believes the super rich should be paying more taxes, the Texas governor believes that wealthy classes already pay enough, and that middle-income Americans need to stop whining and take on more of the tax burden.

To understand where Perry is coming from, here's a graph illustrating how much middle class Americans pay in taxes, compared to the super rich... 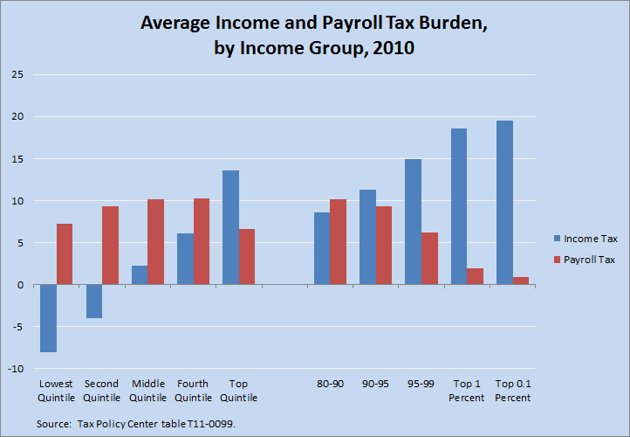 4. Praying and fasting will help fix the country

On Aug. 6, Perry organized a (wildly successful) praying and fasting rally to beseech God to forgive America for straying too far from the biblical teachings. While some commentators viewed this as a butt-kissing move to appeal to Evangelical Christians who compose a large part of Republican voters, others like Washington Post's faith blogger Susan Brooks Thistlewaite were deeply uneasy that he may actually think complex problems like debt and economic inequality can be fixed by invoking Jesus.

5. Global warming is a scientific conspiracy

...because we're apparently in the middle of a global "cooling trend." Ah, so that would explain Vancouver's lukewarm summer. You tell'em, Perry.