Lady Gaga twitter champ, but Bieber not backing down 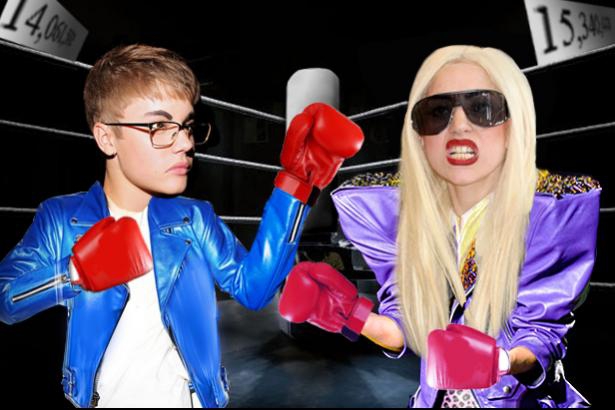 “and oh yeah... 14 MILLION FOLLOWERS!! I LOVE YALL!!! THANK YOU!! The family keeps growing and we will never stop! #TEAMBIEBER GOES HARD!!!” Bieber tweeted in celebration of his milestone.

Doesn't your cell phone explode or something after you reach 14 million followers? Luckily, he only follows 119,003 people, so can likely keep up with all the updates.

Fans were quick to inundate his twitter feed with congratulatory tweets:

"Its amazing how since @justinbieber became a someone nearly 14million twitter users became one big #bieber family," gushed itsBiebersCrew.

Some, however, made a joke of JB's latest milestone.

Jealousy, it's so hard to hide.