The GOP turns to G-O-D 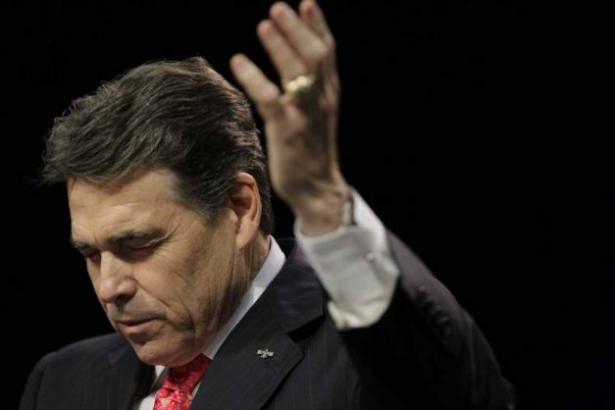 In Canada, religion and politics don’t usually mix. Despite the fact that Conservative Prime Minister Stephen Harper is an evangelical Christian – the most openly religious politician to hold that position in decades – polls have  shown that Canadians are increasingly uncomfortable about religious values in government.

In the United States, on the other hand, it seems God consistently has a starring role in political news…especially when it comes to the Republican presidential race.

Take Michele Bachmann, for instance. After announcing that God told her to run for Congress in 2006, the Minnesota congresswoman recently told voters she was relying on the Big Guy upstairs to bring her victory in Iowa. 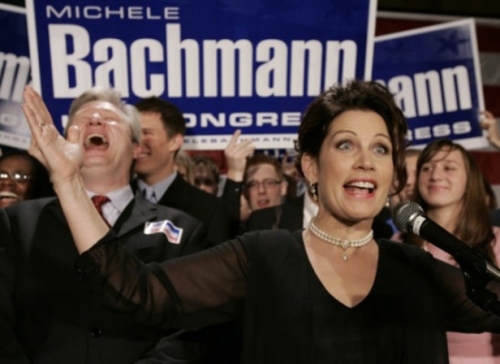 "Tomorrow night we are going to see a miracle, because we know the one who gives miracles," Bachmann said, as Iowans took to the caucuses earlier this week.

Unfortunately, she decided to bow out of the GOP race after finishing sixth in the state with only five per cent of the votes. Looks like God didn’t come through for her this time. But hey, He works in mysterious ways, right?

Next, there’s former Massachusetts governor Mitt Romney. He was previously a leader in the Mormon church, and polling has shown that his place as part of the Church of Jesus Christ of Latter-Day Saints may end up hurting his chances. Romney’s religion may seem frightening for some, especially within the evangelical community. But at least he’s “better than a Muslim”, according to Georgia state lawmaker, Rep. Judy Manning.

Rick Perry is another candidate making headlines over religion. His anti-gay ad (below) pledging to end Barack Obama’s “war on religion” has drawn intense criticism from the left. Interestingly, people have latched onto Perry’s obvious wardrobe similarities with the cast of Brokeback Mountain, raising questions about his own sexuality.

Former Pennsylvania Senator Rick Santorum has had his share of negative press around religion as well. Americans became familiar with his name and his “Google problem” after a well-known interview from 2003 when he compared gay marriage to “man on dog”. In response, sex columnist and gay rights superstar Dan Savage created an online contest to name a sexual act after Santorum. The website – and the vulgar definition – went viral. 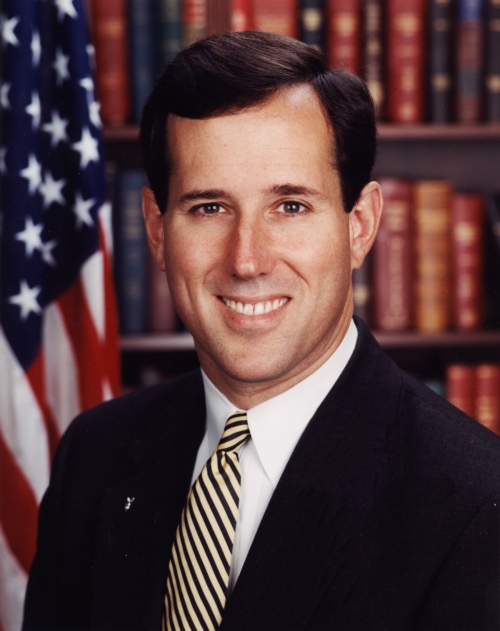 Rick Santorum, a presidential candidate with a uniquely un-searchable name.

In addition to picking on gays, it appears Santorum, a proud Catholic, also has a problem with Mormons. After Mitt Romney’s attempt to win over evangelicals with his 2007 “Faith in America” speech, Santorum wrote a column describing Mormonism as a “dangerous cult” that could threaten traditional Christianity.

All of this faith-related discourse has inevitably been rehashed during his 2012 campaign, but his strong Christian values appeal to many on the right. Given his “stunning” success in the most recent vote, these values seem to have served him well in Iowa.

Other notable Republicans seeking favour from the Savior include Former House Speaker Newt Gingrich, a Catholic convert on his third marriage, and former Alaskan governor Sarah Palin, known for her family values and boasting support from a league of “prayer warriors”.

Despite arguments from the Freedom from Religion Foundation about keeping God out of politics, the remaining GOP candidates seem to be holding their own in this high-stakes game of “last-believer-standing”.

What will the result be? God knows.