Of course, the Conservative accusations were not plucked out of thin air. Our senators and MPs are simply parroting the allegations of celebrated at-home blogger and nutritionist Vivian Krause. They may have bought her claim, or maybe they are only using it.

Ms. Krause, a very engaging and rather lovely woman who looks much younger than her years, lost her employment in the fish farm industry several years back, and has not had gainful employment since. She is carrying on a lone crusade against the science in favour of wild salmon fishery. She is an excellent communicator and it’s noteworthy that she may be correct that the science is not conclusive on the controversy surrounding wild vs. farmed salmon.

Ms. Krause is tireless in her pursuit and review of mountains of data, and has found very interesting information. But her interpretation is deeply flawed. She is prone to making huge and unsupported conceptual leaps without rigorous critique, ending up with conclusions that just make no sense at all.

Such as that these foundations and others are not really concerned about the environment, as they assert, but are secretly part of a vast conspiracy to advance American national interests at Canada’s expense. 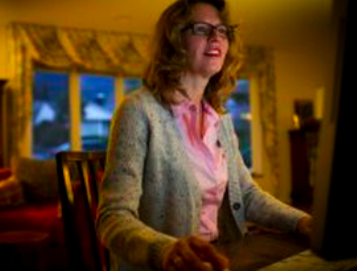 “In various environmental campaigns in Canada, American economic and trade interests are being protected. For example, the campaign against oil tanker traffic on the north coast of British Columbia would landlock Canadian oil and continue the virtual monopoly that the U.S. has on our oil exports - all in the name of protecting the environment. … The "antifarming campaign" against B.C. farmed salmon sways market share towards "wild" salmon, most of which is Alaskan.”

“I can see how a campaign to prop up Alaskan fisheries and a campaign to bolster American energy security provides a tangible benefit to the American people, but I do not see how it benefits Canada.”

It’s just a world-class whopper to suggest these US foundation gifts have no benefit to Canada.

As just one example, the Gordon and Betty Moore Foundation is now funding measurement of the Pacific pathway and impact of radioactive material released from Japan's Fukushima nuclear reactor during the tsunami disaster, so affected regions can formulate prompt and appropriate responses.

Most would call that a benefit to Canada.

And then there is the Great Bear Rainforest, which is all about benefiting Canada, and in particular BC. Its benefits are evidenced by the $60 million that provincial and federal governments committed to the deal, as well as the active participation by local First Nations and major forestry companies such as Canfor and Interfor. This historic agreement assists in the development of sustainable forestry practices, and helps First Nations build markets for sustainable local businesses with long term employment and growth opportunities. It turned BC’s rainy north coast into a successful tourism and cruise ship attraction, and preserves for Canadian posterity the largest intact coastal temperate rainforest in the world.

Without US foundation support, this deal would never have happened.

One look at the Gordon and Betty Moore Foundation geographical projects, covering the entire northern arc of the Pacific Ocean from Russia, across the Bering Sea, and down the North American coast to the California-Mexico boundary makes it clear that the Alaskan fishery is not their paramount priority. 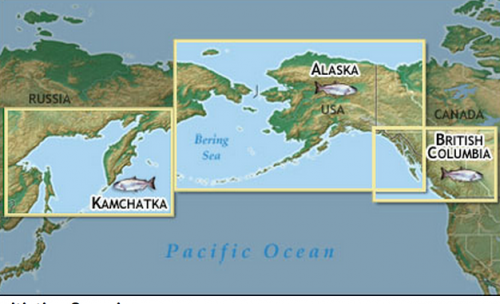 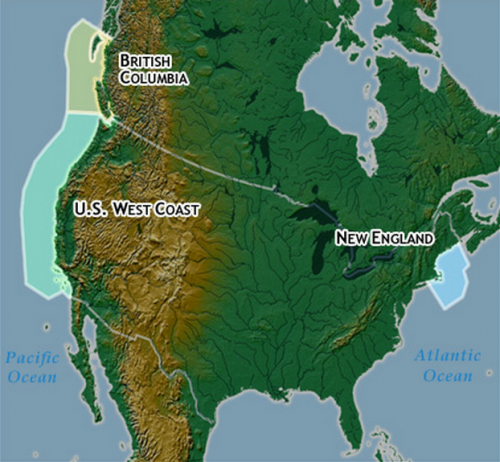 If there is a pro-Alaska conspiracy here, it’s incredibly convoluted and inefficient, and attended by huge risk for to the reputations of some of the most respected scientists and philanthropists in the world, and not to mention their life-time work. For something supposedly cooked up by some of the brainiest people on the planet, this is a pretty dumb plan.

Until the XL Keystone pipeline deal was cancelled, almost no one paid attention to Vivian Krause. But now Enbridge has pride of place in the federal government plans, and suddenly people can’t get enough of her, from the Vancouver Board of Trade to Senate Finance Committee hearings to a column in the Financial Post.

It’s easy to understand her feelings as a casualty of the fish farm controversy.

Yet her objectivity is obviously compromised. She’s got a bone to pick with the wild salmon crowd and has devoted years of her life to this cause.

In attempting to expose some of the world’s most eminent scientists and philanthropists as pawns of industry and political interests, Krause has become precisely what she warns against. Today she’s a convenient foil for government purposes, but they’ll have little use for her tomorrow. Just look how they treat the Moore, Hewlett, Packard and Tides Foundations, whose millions they were happy to take when it suited them.

Much to answer for

It is our government that has much to answer for.

Unimaginably well-funded foreign and domestic corporations and their lobbyists have unlimited marketing and communications budgets, partially care of the taxpayer via full business expense write-offs.

The public’s ability to make informed and rational decisions about matters of vital concern lies at the heart of our democratic institutions, and it’s at our peril that we allow anyone to interfere with full, free and open public debate.

Senators Mockley, Plett and Duffy, and Ministers Kent, Oliver and Toews have made cynical and unprincipled attacks on some of the world’s most eminent scientists, scholars and philanthropists. Offering no opportunity for answer and defense, they carelessly trampled the good names of people whose money and favour their own government slavishly pursued just a few brief summers ago.

Credit where credit’s due: that takes guts.

Is society, as Jane Jacobs foretold, pitching headlong down a steep decline? A decline in our values of honesty, integrity and fair dealing, our value of fundamental respect for balanced debate, facts, and the scientific method as the unwavering North Star of sound public policy? Perhaps we are.

If so, then this entire sorry episode also marks something else--the end, for now, of our tryst with that most faithful Canadian servant, common decency.

And that is how a Dark Age begins.

Part 2 of this series will explore the role and function of charities and non-profits in Canada, the rules around advocacy and political activity, and freedom of expression in the non-profit context.

Are Canada’s environmental elders backing down from the fight?