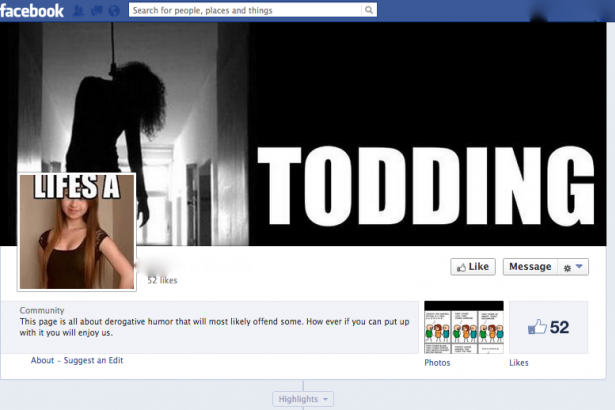 "The Red Hood Project calls Facebook’s policy change a ploy to protect revenues amid mounting pressure from advertisers to exercise better control of its site.

“Rape, child sexual abuse and exploitation images in social media are not  “controversial” and they’re not a joke,” says Glen Canning, father of Rehtaeh Parsons. “They devastate victims and destroy families.  It is no answer to my daughter’s memory that Facebook thinks it’s good enough to take the ads off these pages. The pages themselves should be removed.” 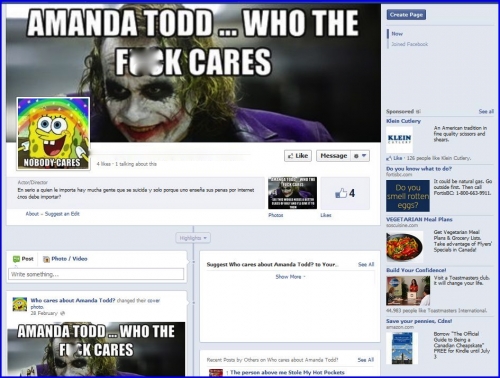 Image posted with permission. This image was visible on Facebook as of July 1, 2013.

“Facebook is in full-on damage control,” said Sandy Garossino, co-founder of the Red Hood Project. “ Lives are at stake here, and their focus is on protecting the bottom line, when it should be effective site management and protecting children and youth.”

Carol Todd, mother of Amanda, added, “Removing the ads does not provide the solution about the inappropriate images that have been posted on Facebook. The pages mocking my daughter continue to re-victimize her after her death.  No person (living or not) should have to experience this.

“It is time to establish a policy of zero tolerance of images that depict rape, sexual exploitation, gore and exploitation of the disabled. It is time that our loved ones can be remembered as they should be - with dignity and respect.”

The Red Hood Project will continue to escalate pressure on advertisers to withdraw from Facebook until it can exercise responsible and effective site management, the press release said. 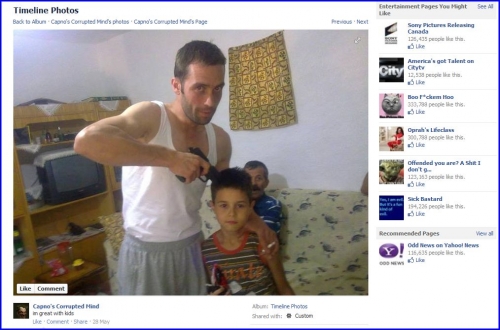 Origin of image unknown. Photo visible to Facebook users as of July 1, 2013.