Honeycomb Hideout: just below the highway, Ron Thom's mid-century marvel is ahead of its time. 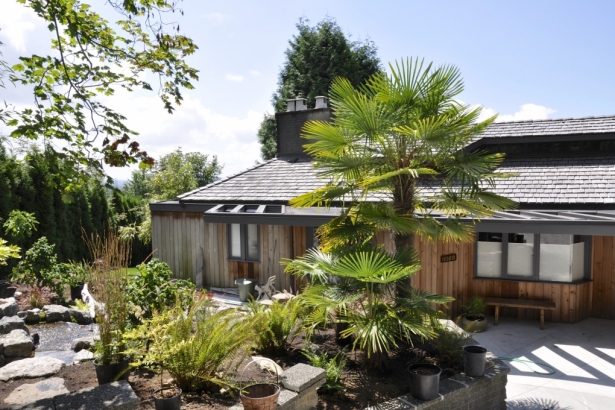 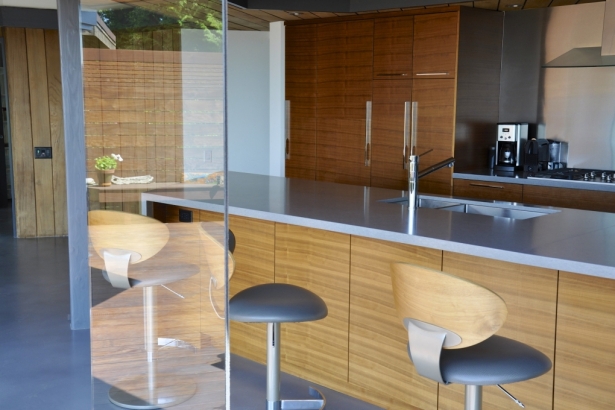 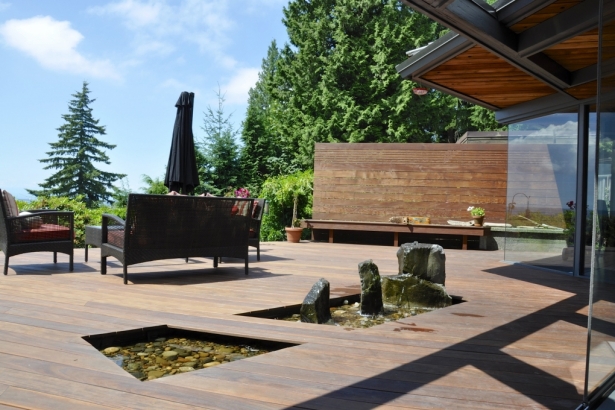 The Carmichael Residence, inside and out.

I normally write about unaffordable homes that you can buy, but today let's mix it up: here's a remarkable home that is far less expensive than you may think... but you cannot buy it.

I park against the wall supporting the freeway and walked down a steep driveway to meet Jan Pidhirny and Jim Ferguson, the owners of the Carmichael Residence. Their dog, Oakley, rushes to greet me and we became instant friends.

We walk into the house via the somewhat-hidden entryway; Jim remarks, "You need a flashlight and roadmap to find the front door" to a Thom house. The door itself is a stand-in: the original is down the hill at the West Vancouver Museum.

The Carmichael Residence's rooms are hexagonal, so there are no right angles to any of the structure. Each corner is either a 30- or 120-degree angle. The result is a feeling of spaciousness: the current floorplan boasts roughly 1,844 square feet on a single floor, but it feels much larger. Sort of like stepping into the TARDIS.

The house was built by hand from old-growth wood (this was 1957, remember), and I'm told that the knots were stolen during the course of the construction job.

Jan and Jim bought the Carmichael house from the original surviving owner in the summer of 2011 for $1.275 million, which seems like an unusually low price for anything in this area, particularly for one that looks like a post-modern beehive. By comparison, Mayor Gregor Robertson's new pad, supposedly half a duplex in Point Grey, cost a rumored $1.57 million.

Jan tells me, though, that the Carmichael Residence was a diamond in the rough. While ahead of its time, the Carmichael was also a prisoner of its era: cracked linoleum floors, shag carpeting, bamboo blinds, track curtains... the sorts of things a new homeowner would want to rip out with her teeth and spit to the curb on bulk-garbage day.

Also, the commanding view of the bay was obscured by rampant rhododendrons and tough-as-nails trees, which had conspired to enclose the then-narrow back deck.

Jan and Jim have been remodeling ever since, echoing Ron Thom's design aesthetic as they go. Part of the carport was enclosed to create the new entryway, and the back deck was ambitiously extended. Overall, the new owners added around 200 square feet to their home. 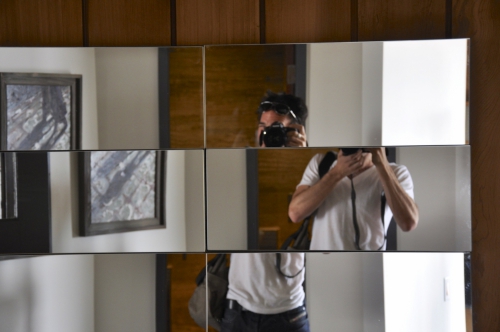 Oakley showed me the spacious back deck, which is made of Brazilian Ipe, an ultra-dense hardwood used back in the day to build the hulls of icebreakers. It's the kind of wood that doesn't float.

Each plank follows the 120/30-degree angle motif, and a narrow footbridge crosses a burbling water feature. I barely even noticed the hot tub, what with the view and the tiny waterfall and the dog. 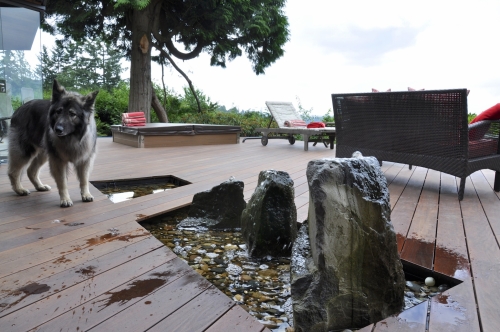 Turning around, I beheld the ultimate kitchen, which was the most radical change Jan and Jim had wrought upon Thom's original design. What was once a galley kitchen has been transformed into an island... an island with 120/30-degree angles.  A series of sliding single-pane glass sheets can form a solid wall or individual barriers against the ocean breeze, depending on weather and mood. 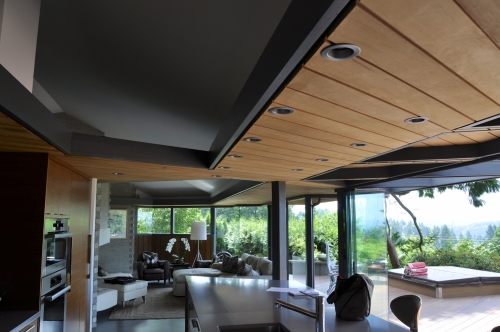 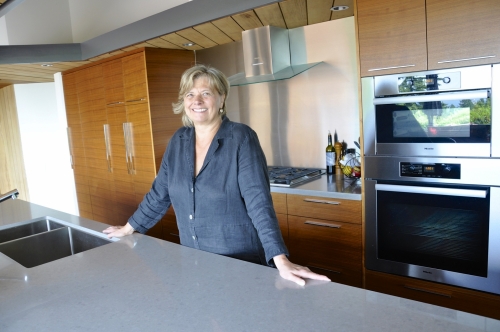 I'm beginning to see why Jan calls it "the consummate party house". Interestingly, the original owner of the house had lived there alone since her husband had passed away in the eighties, and didn't even know her neighbours. 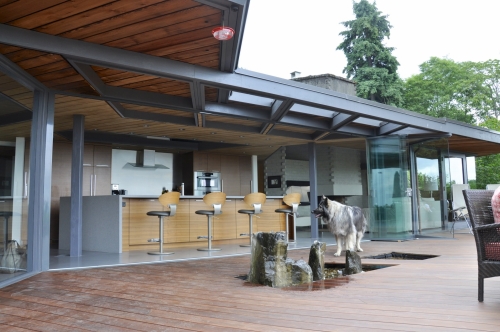