Knowing the Salish Sea may lead to its protection

'In our dreams for the Salish Sea, we see a day when we all recognize and know our marine resources better than we now know corporate logos' — Audrey DeLella Benedict, one of the authors speaking at the Vancouver Aquarium 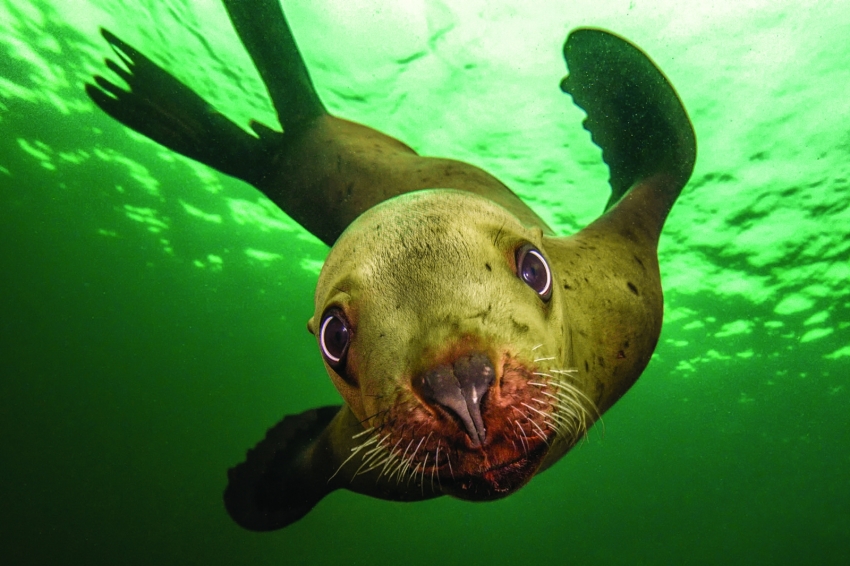 Sea lion, photographed by Jessica Newley, for "The Salish Sea: Jewel of the Pacific Northwest"

Sometimes you have to look inside to appreciate what is on the outside.  So it is with the Salish Sea and a newly released book about it, “The Salish Sea: Jewel of the Pacific Northwest.”   This colour-photography book, with descriptive details, scientific facts and geological history, creates a journey into one of the world’s largest inland seas and its biologically diverse life.

“In our dreams for the Salish Sea, we see a day when we all recognize and know our marine resources better than we now know corporate logos,” write authors Audrey DeLella Benedict and Joseph K. Gaydos, who will be visiting Vancouver this week for World Ocean Day.

Benedict, a biologist and writer, and Gaydos, the chief scientist for the SeaDoc Society, an organization based in Washington State that focuses on conserving the Salish Sea, take the view that the more we know about this magnificent sea, the more we will appreciate and connect to it.  Then the Salish Sea will become like any treasured possession, we will want to keep it safe. 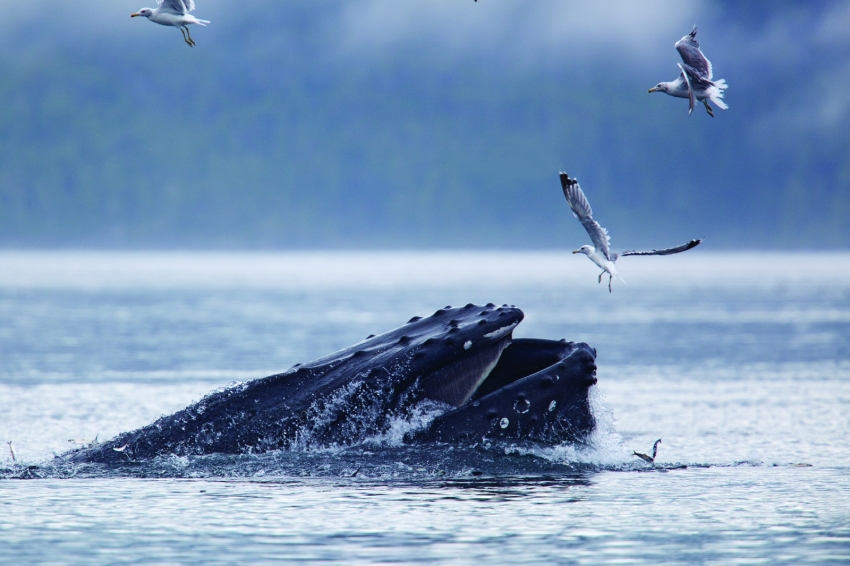 The Salish Sea was officially named in 2008 to honour the region’s original inhabitants, the Coast Salish.  It straddles the western border between Canada and the United States, stretching from Washington’s Puget Sound to British Columbia’s Desolation Sound at the northernmost reaches of the Strait of Georgia.  Total marine area is about 11,000 square kilometers.

It is a sea-symbiotic wonder where freshwater and saltwater mix, one nutrient-rich but low in oxygen, the other nutrient-poor but high in oxygen. Together the two different waters create an unique ecosystem for thousands of different species of mammals, birds, fish, reptiles, macro-invertebrates, and nearly eight million people living along the coastline.

To better understand the Sea, the authors explain not only the vital relationship between salt and fresh water but also forest and ocean.

“Its remarkable biodiversity (arises) from the tide-swirled alchemy that occurs when land and sea are woven in an evolutionary fabric as old as time,” write Benedict and Gaydos.

The forests with fungus and mosses are “the terrestrial ocean…an important source of nutrients for the Salish Sea.”   Carrying many nutrients or a “virtual tsunami ” of them are the five species of the Coast Salish’s sacred salmon who travel from sea, up stream and into the forest. 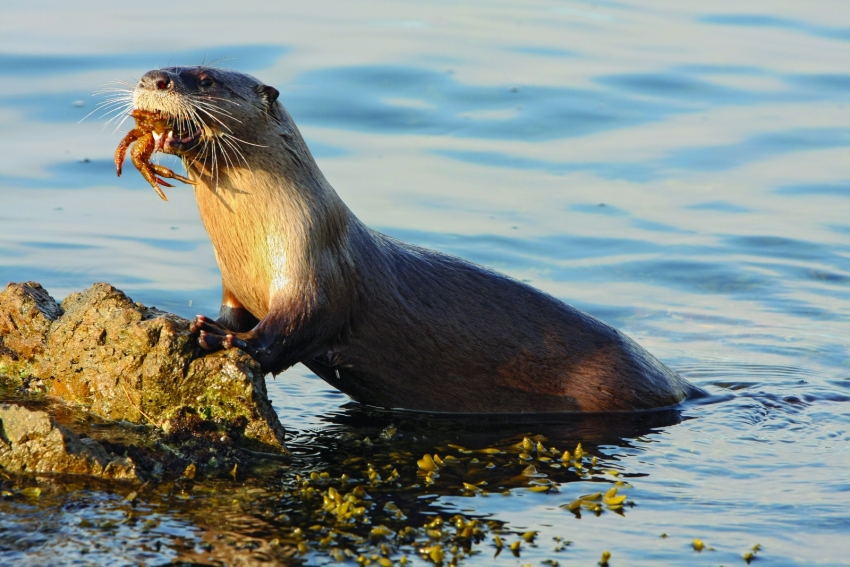 Also in relationship with the sea are 25 per cent of the groups of mammals that need the Salish Sea for survival — brown and black bears, river otters, black-tailed deer, muskrat and the countless birds whose migratory paths conjoin with an ebb and flow of this unique body of water as they also come and go. 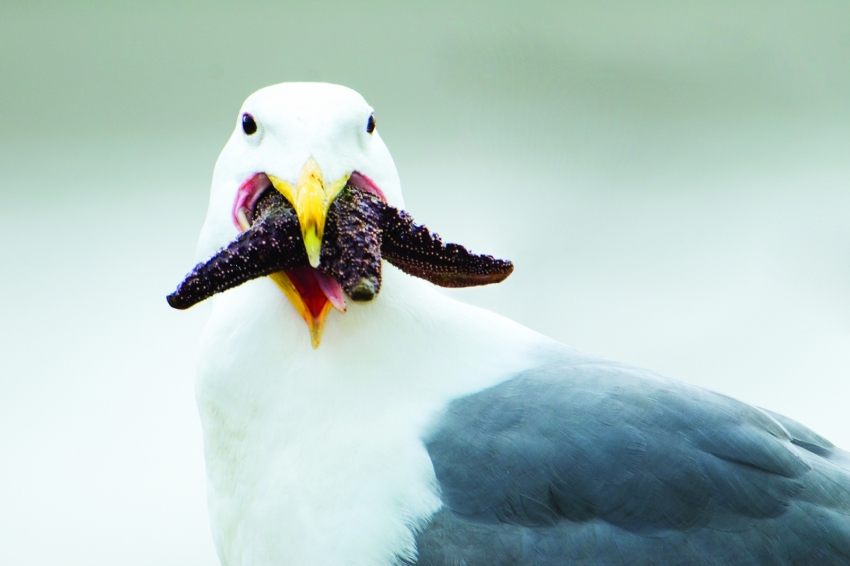 The fascinating history of the Sea’s creation is also presented briefly in the book. During the region’s most recent geological episode, the Pleistocene period that began about 30,000 years ago, a massive glacier covered the land. That would have put the future site of Vancouver would have been 2,400 meters under ice.  It wasn’t until 10,000 years ago that the Strait of Georgia was ice-free and the scene was set for the growth of this biologically rich inland sea.

The authors believe in a “simple truth… the more biologically diverse and healthy the natural world is, the better it will adapt to change and the greater will be its ability to take care of us.”

Gaydos and Benedict will be showing photographs from their book and talking about the Salish Sea on Monday, June 8, at 6:30 pm at the Vancouver Aquarium.  The evening, sponsored by the Aquarium and Georgia Strait Alliance, begins with a report on Howe Sound and a short film, “The Unknown Sea,” about The Salish Sea. More information: http://www.vanaqua.org/experience/events/annual-and-upcoming-events/salish-sea