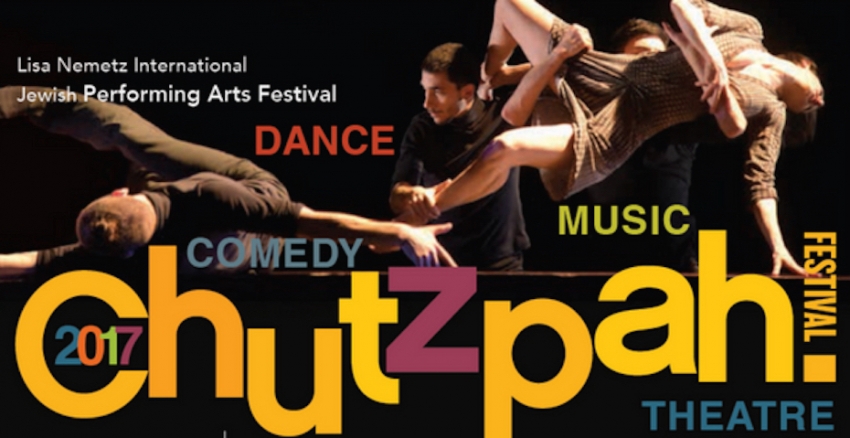 “We are all excited for another year of presenting an electrifying array of internationally-acclaimed dancers, musicians, comedians and theatrical  artists to our audiences in  Canadian, Western Canadian and world premieres.

We’re headed for an energizing and thrilling journey from stand-up comedy and improv theatre, to theatrical drama to rich global music to explosive and elegant dance to special presentations including a literary event and film series!”

The rich global landscape of music presented this year showcases some of the world’s most exciting musical performers from Israel, Japan, Argentina, USA, and Canada.

Highlights include; world-renowned and Grammy-winning superstars of the klezmer world The Klezmatics 30th Anniversary Tour (USA).

David Broza & Mira Awad in Concert: Israeli superstar David Broza’s charismatic and energetic performances have brought audiences worldwide a blend of music from the three different countries in which he was raised: Israel, Spain, and England.

Born in the village of Rameh in the Galilee to a Palestinian father and Bulgarian mother, singer-songwriter and actress Mira Awad, is a multidisciplinary international performer who has developed a unique fusion of sounds, weaving the Arabic language and its oriental ornaments with Western harmonies.

EXIT - Shalom Hanoch with Moshe Levi. Touted as ‘The King of Israeli Rock’ and compared to such musical ‘giants’ as Neil Young and Mick Jagger, Shalom Hanoch is not just the biggest and most significant artist in Israeli Rock, but one of the most fascinating and prolific forces in Israeli music.

Hanoch will be joined on stage tonight by his long-time musical partner and keyboard player Moshe Levi (Israel).

Now based out of Chicago, MARBIN, founded by Israeli guitarist Dani Rabin and Israeli saxophonist Danny Markovitch, is a progressive jazz-rock band with a unique story that stands out in today's music world.

Israeli singer Maya Avraham, who is known by Chutzpah! audiences from her performances with The Idan Raichel Project, comes to Vancouver with her band of extraordinary Israeli and American musicians.

Chutzpah!’s theatre and hilarious comedy lineup is always at its best

Wrestling Jerusalem, written and performed by Aaron Davidman is set in America, Israel and Palestine and follows one man’s journey to help understand the Israeli-Palestinian conflict. Davidman’s solo performance is a personal story that grapples with the complexities of identity, history and social justice and described by the Washington Post as “Breathtaking!”