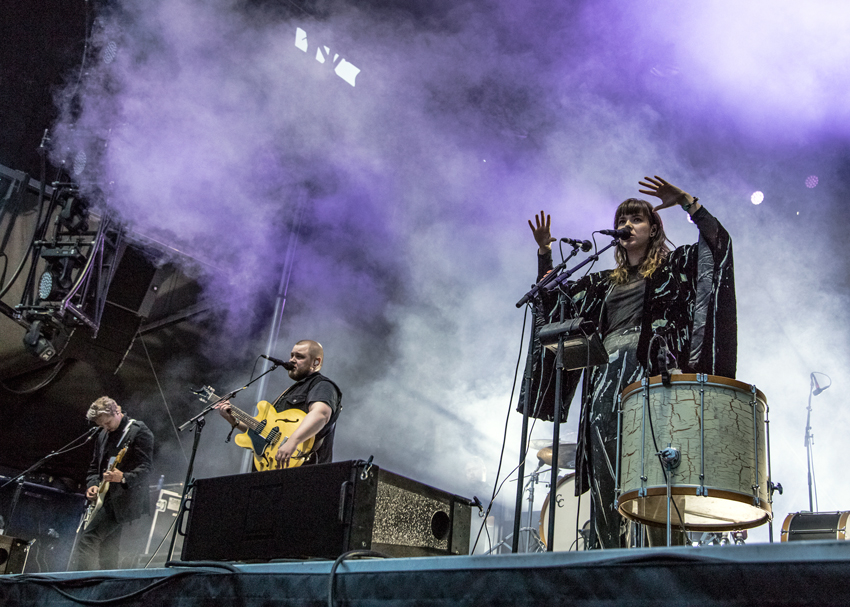 The final day of Squamish Fest brought back the sunshine and with it, I think it was the best day music-wise. Starting the day off on right musical foot, the Bahamas performed on the main stage. For anyone who hasn't gotten the opportunity to see them live, you'd be surprised to learn you've probably heard their songs played on the radio before and you almost definitely thought to yourself, "Damn, I like this, I really like this." Lead singer Afie Jurvanen, a Finnish-Canadian, born in Toronto, is a self-taught guitarist, singer and songwriter who has garnered the respect of many well-known musicians. He has been known to perform alongside musicians such as Feist, Jack Johnson, KD Lang, Jason Collett and Willie Nelson. Have I got your attention yet? 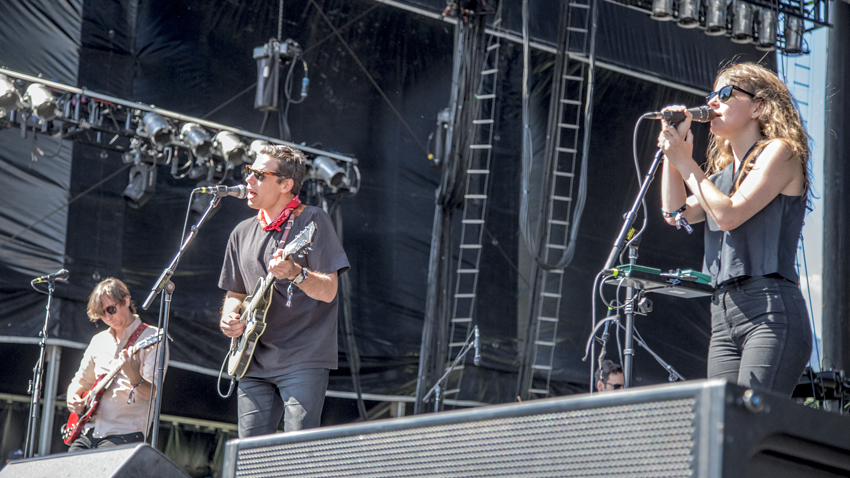 Another performer who pleasantly surprised me this year. Elle has great stage presence, she is funny, quirky and very entertaining. She admits most of her songs are about guys who have pissed her off but she realizes women are just as bad as guys, she being the worst of them. She came dressed in a white top hat with matching tailcoat over a skeleton-printed onesie. I think her outfit matched her personality perfectly. Her style has some country roots, tempered with blues-rock. 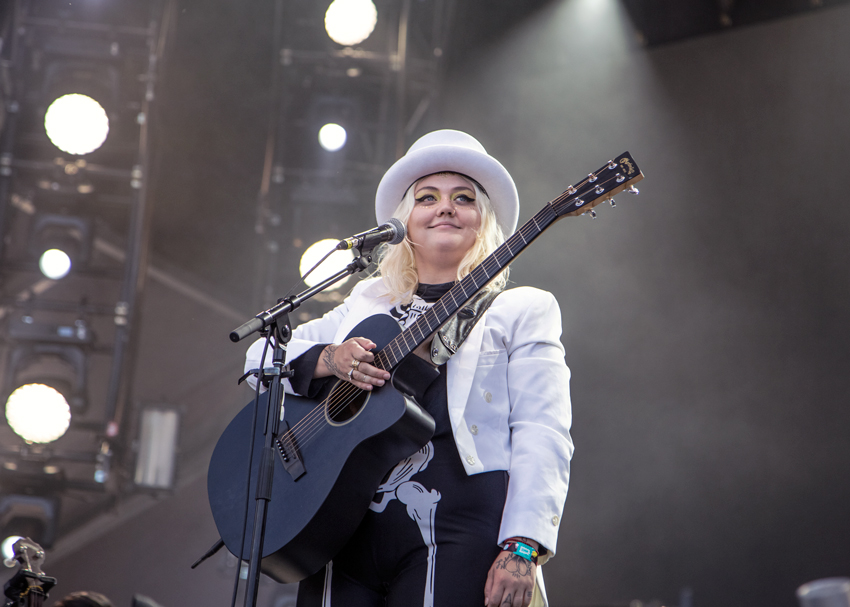 Their music is the perfect match for any music festival. With only two band members Mike Kerr (lead vocals/guitar) and Ben Thatcher (drums) their songs seem so full of life that if you weren't looking you'd swear you were listening to a full band. It's impossible to remain seated as they play; no matter where I looked I saw people moving back and forth, heads thumping, hips shaking and jumping up and down. These guys are entertainers and have so much energy, it was hard to keep up. 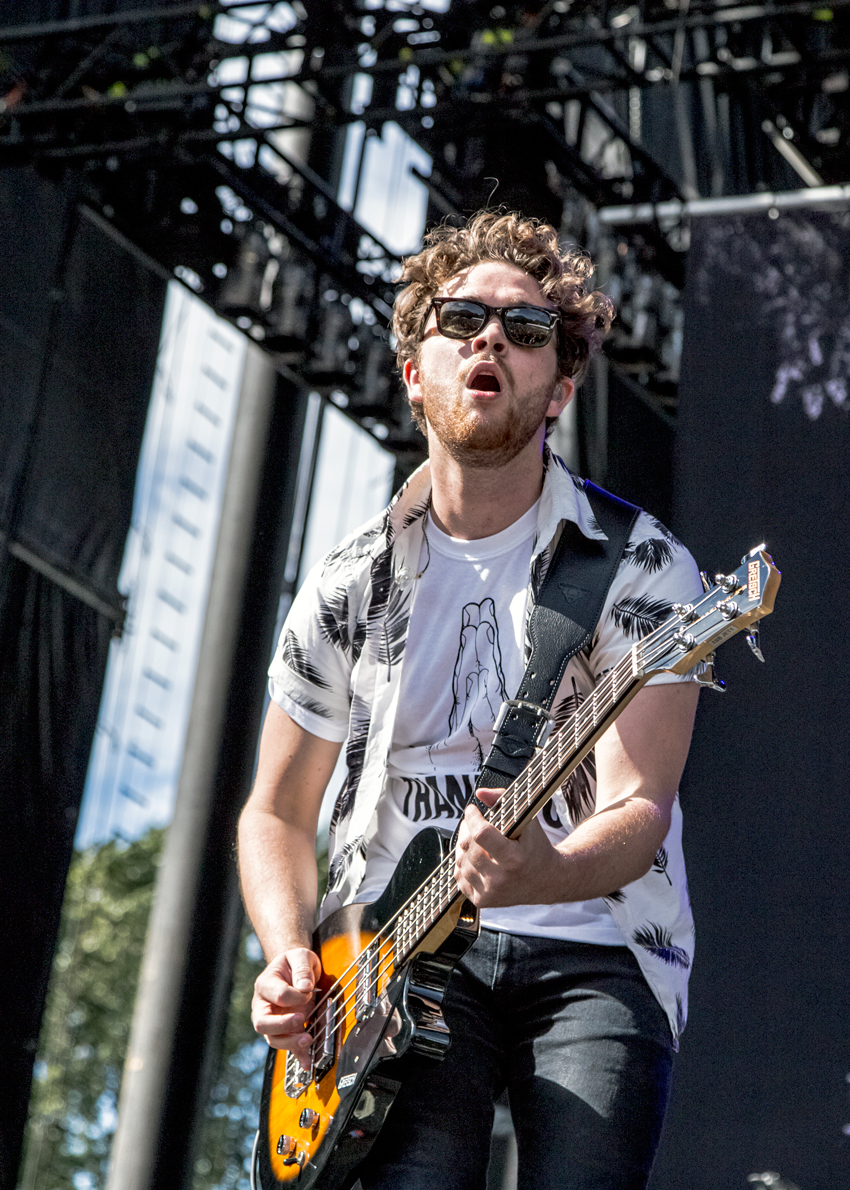 Clemens Rehbein (lead singer) seems to have a perma-smile when he performs for an audience. I don't blame him; his music makes you smile and feel good inside and out. The sound is upbeat, a combination of reggae and electronic music. All their songs have a similar sound but this does not make them any less appealing. Last year their single, "Stolen Dance" garnered them international fame, massive radio play and numerous awards. 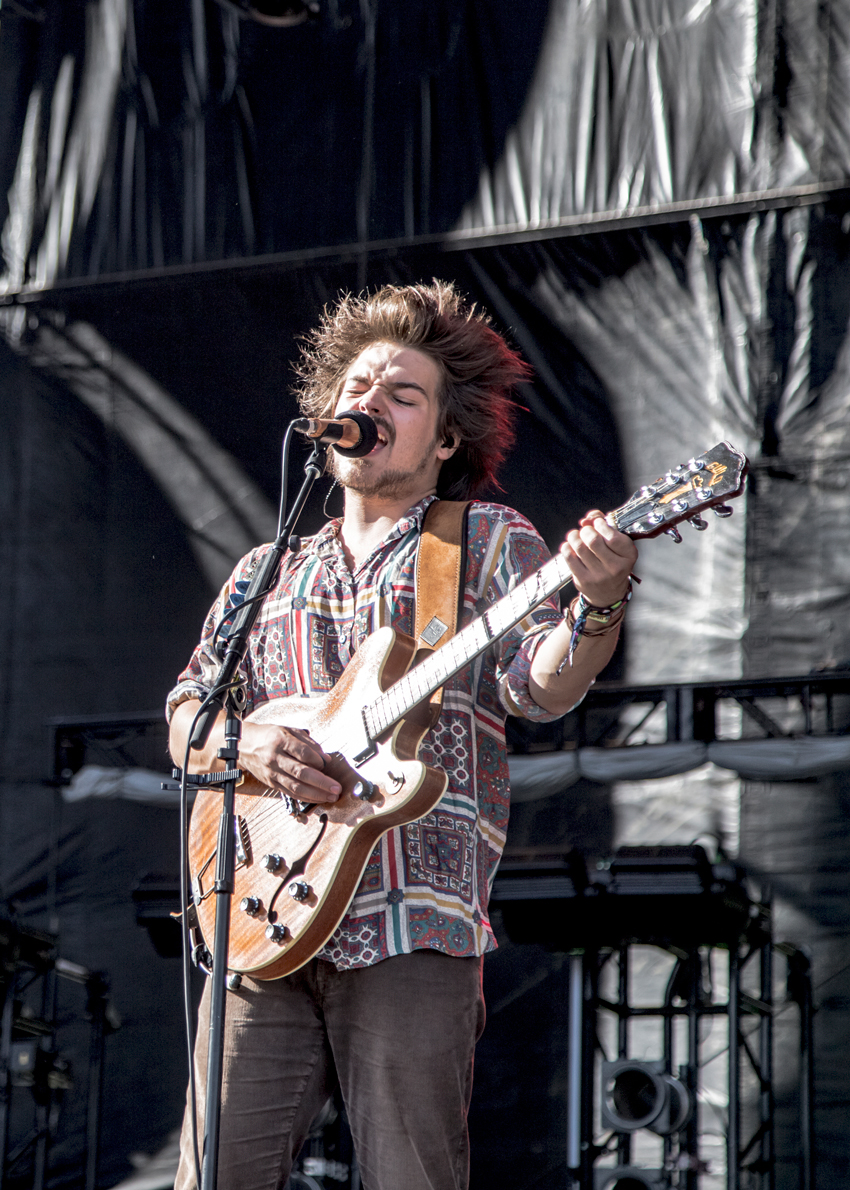 Yet another sibling duo that performed at this year's Squamish Festival. this folk duo reigns from Sweden and consists of Klara (guitar/vocals) and Johanna Söderberg (Keyboards/backup vocals). I've never been to Sweden but after seeing them perform live, I fell instantly in love with that country — well, maybe just Swedish girls. 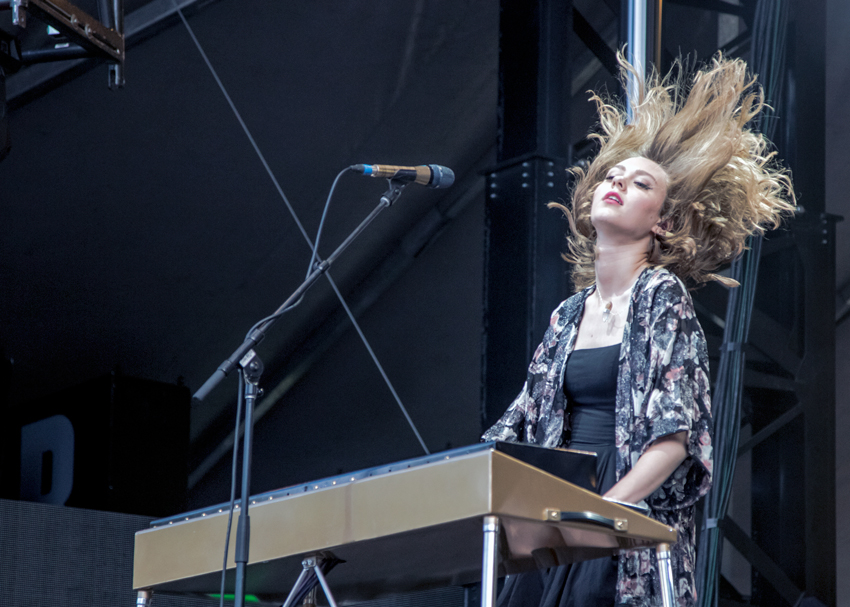 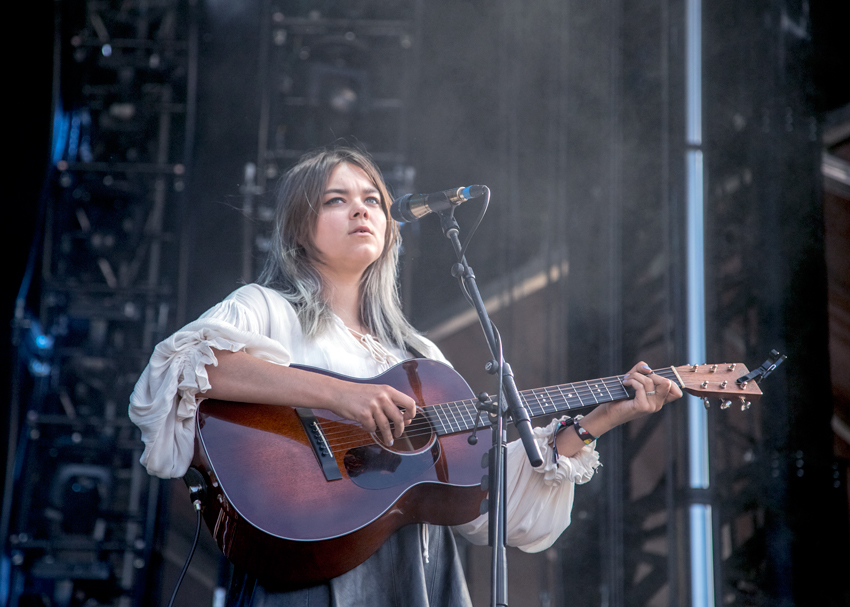 I've had the opportunity to see Mother Mother perform live a few times and they never cease to entertain. As they mentioned during their set ("We live just down the road"), they call Vancouver home, and are originally from Quadra Island, B.C. Frontman Ryan Guldemond, sporting a blonde mohawk, black jeans, black sleeveless shirt, black shoes with no socks, had rock god written all over him. Over the course of six years and four albums, the band has refused to be locked down to one sound, evolving from their folky 2007 debut album, Touch Up into something closer to pop-rock on their latest efforts. Needless to say their songs are uniquely theirs and I look forward to their ever-shifty discography. 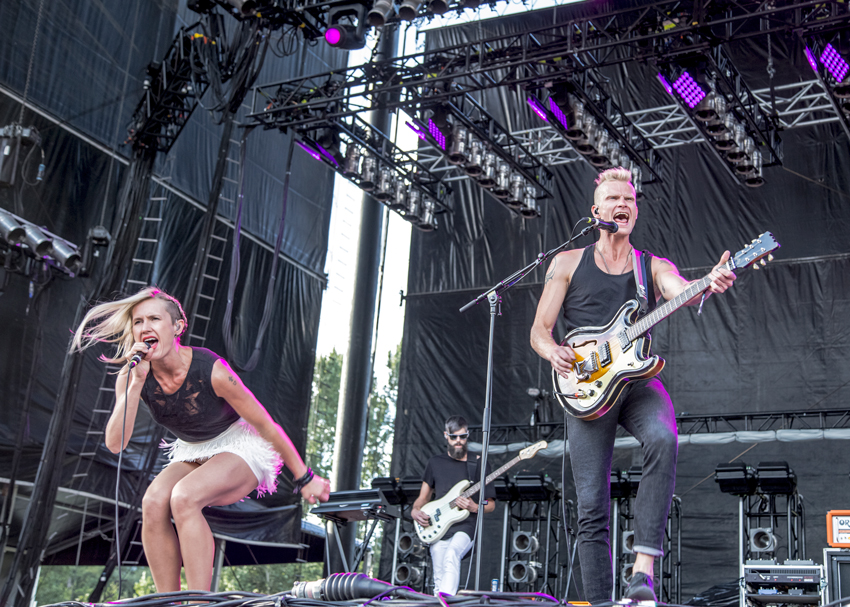 Alabama Shakes is one of three bands I had to see. I first saw them perform live at Sasquatch 2012 and had goosebumps almost the entire set. Unbeknownst to me, the raw, rugged, soul wrenchingly, earth-shaking voice I had heard on the radio came not from a man but woman. I am not the first to make this mistake and certainly not the last, but lead singer Brittany Howard's voice is a force of nature. A Southern gal who bodes from Athens, Alabama, she is proud of her roots, even sporting an outline of her home state on her right arm. Not only is Howard a true musician, a guitarist, singer and songwriter, but she is also extremely humble. Unlike most bands who express their thanks and love for the crowd with no real sincerity behind it, Howard was genuinely moved by all who came to watch her perform and expressed her deepest love for Canada in an unrehearsed fashion. 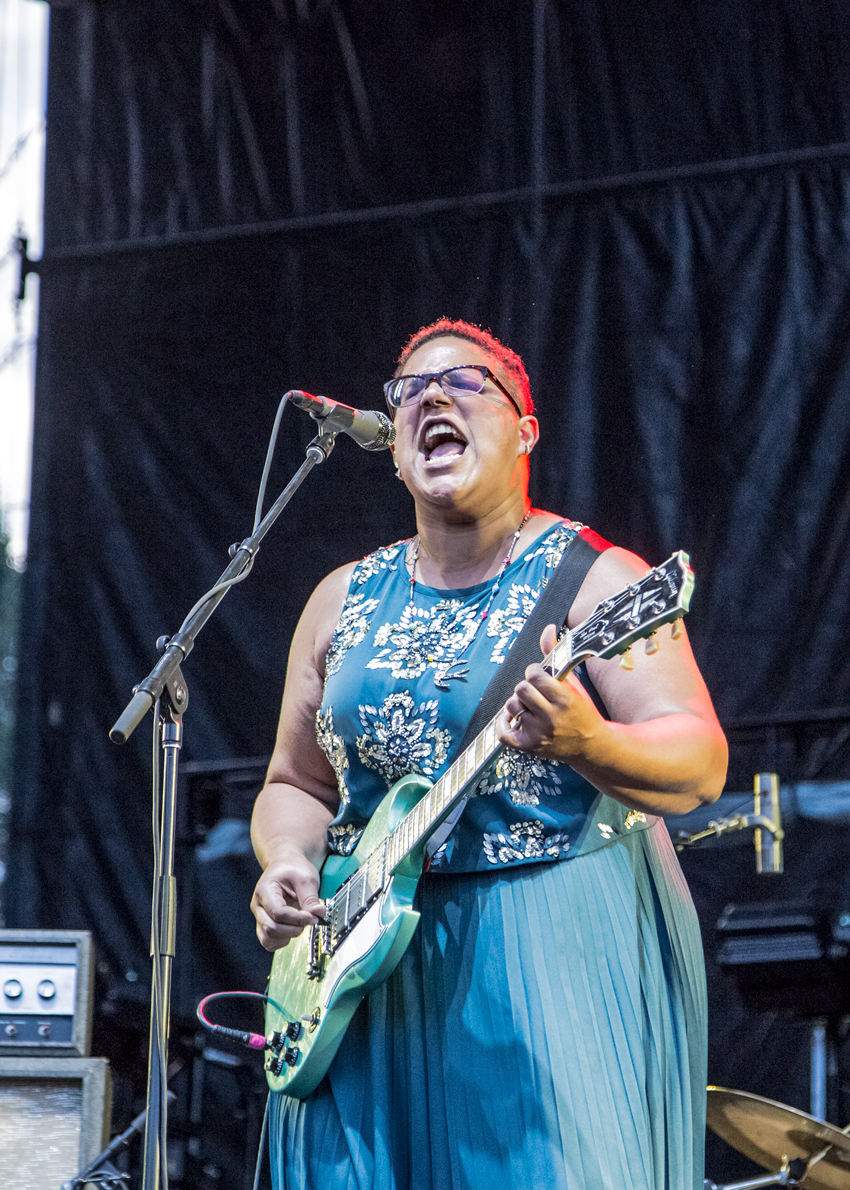 If there was one band that deserved to close the festival on Sunday night, Mumford & Sons was it. The main stage was packed with excited fans as far as the eye could see. Earlier that day Marcus Mumford made a surprise guest appearance performing two songs with First Aid Kit. Unfortunately, this was the only guest appearance during the entire festival. It's a shame when bands perform at festivals and don't take the time to collaborate with their fellow peers. Regardless, Marcus stepped up his game and showed his true colours. The set began with the U.K. folk-rock quartet all on electric guitars and keyboard, with the the song "Snake Eyes." The band is well-known for their acoustic prowess yet their latest album, 'Wilder Mind" dons a full-blown electric sound. It was not long before they hung up their electric instruments and replaced them with their acoustic counterparts.

The set was a whopping two hours long and fans got the opportunity to witness many of their hit songs, including, "I Will Wait", "Below My Feet", and "Awake My Soul." Unlike Drake's energy-filled set the night prior, Mumford & Sons' momentum wavered from time to time. However, this was to be expected as a few their songs are slower in tempo. The band was well aware of their audience and finished the set with some high-energy crowd-pleasers, bringing members of First Aid Kit and Bear's Den for a massive encore of "Little Lion Man." 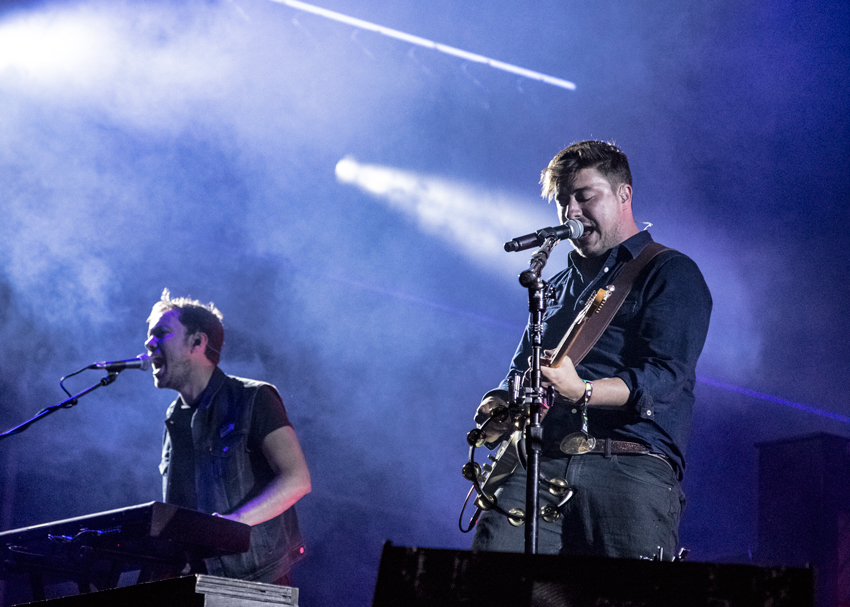 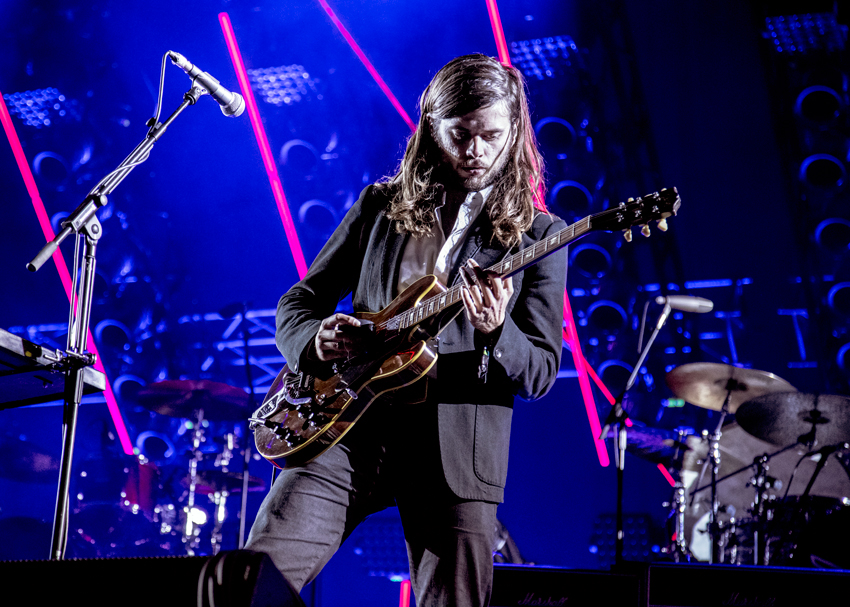