Singin' in the reign 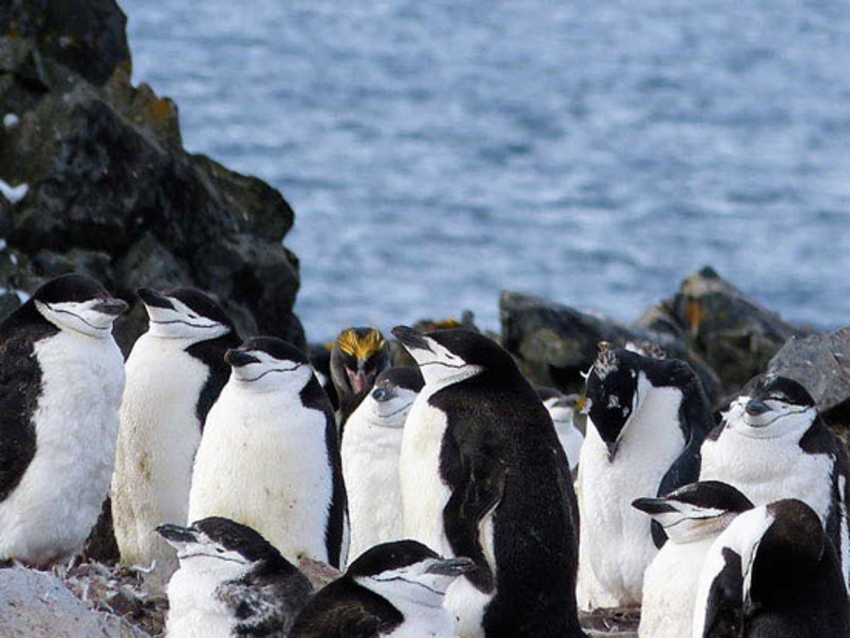 And a one, and a two, and a twee...Photo Ekke-Audrey Kok

They look like a boy band – a very white boy band, in black three-piece suits, standing stiffly at attention with hands primly folded at belt level. Matthew White, artistic director of Early Music Vancouver (EMV) notes that when he first encountered The King’s Singers a capella sextet in 1978, not a one of its present member was even born.

Yet the constantly rejuvenated ensemble – two countertenors, a tenor, a couple of baritones and a bass – can claim a venerable lineage as the choral “house band” of the King’s College Chapel at Cambridge University, a fan-vaulted jewel of perpendicular gothic that was completed in 1515 under the reign of Tudor monarch Henry VIII, the Great Disruptor of Renaissance England.

A glance at Henry’s portrait seems somehow hauntingly familiar from our own current newsfeeds. We feel we can almost recognize those squinty eyes and tiny hands, that flabby girth and oral sphincter, all topped with some fantastical fur piece.

But no latter-day disruptor can match Henry for sheer gaudy gaucherie (six wives! bonesaw cabinet shuffles!) and discombobulativity (Brexiting his realm from the Catholic Church so as to get his marriage annulled).

As King’s Singers baritone Nick Ashby notes, introducing the group’s EMV concert last week from the Chan Centre stage, “If you think our own times are troubled, the English Renaissance makes them look like a tea party!”

The recital showcased two compositions attributed to Henry himself: Pastime with good company reflects his rump-thwacking and goaty bonhomie, while the ever-popular Greensleeves brings out his more romantic side.

The rest of the program dates from the turbulent reigns of Henry’s Tudor successors, with special emphasis on his daughter, Elizabeth I. Her court composer, William Byrd, is represented with a fulsome Prayer (in English, as per Protestant rite) enjoining God to “make thy servant, Elizabeth, our Queen.”

But, then, as a covert Catholic, Byrd is forced into rural exile, where he composes the plaintive litany (in Latin) Ne irascaris Domini (“be not angry, Lord…Your holy city has become a wilderness…”). The Cambridge sextet brought out the pathos of this selection with great delicacy, the highlight of the evening.

Other composers, though, took a more sanguine view of the “Virgin Queen,” as reflected in the EMV program. Her contemporary, Thomas Weelkes, personified her as Vesta, the Roman goddess of hearth and home, in a spirited madrigal, while 20th century composer Benjamin Britten celebrated her in a series of Choral Dances in his opera Gloriana.

Such selections made up the first half of the concert, and the sextet rendered them with a pleasing finesse somehow at odds with their tumultuous provenance. After the intermission, though, the group gave itself over to a series of rather bloodless renderings of folk songs and pop tunes in their characteristic close harmony. Much of the audience didn’t stay for encores.

From Vancouver, The King's Singers flew to Los Angeles, where their latest album, Gold, had been nominated for a Grammy in the Classical Compendium category. As it turned out, they didn’t win this go-around. But, on the Cambridge scale of things, there can be decades ahead to keep trying.