How curious in springtime that the promise of crucifixion, mortal sacrifice, and death would pack the Orpheum with an audience enthusiastic for the Vancouver Chamber Choir’s darker fare. 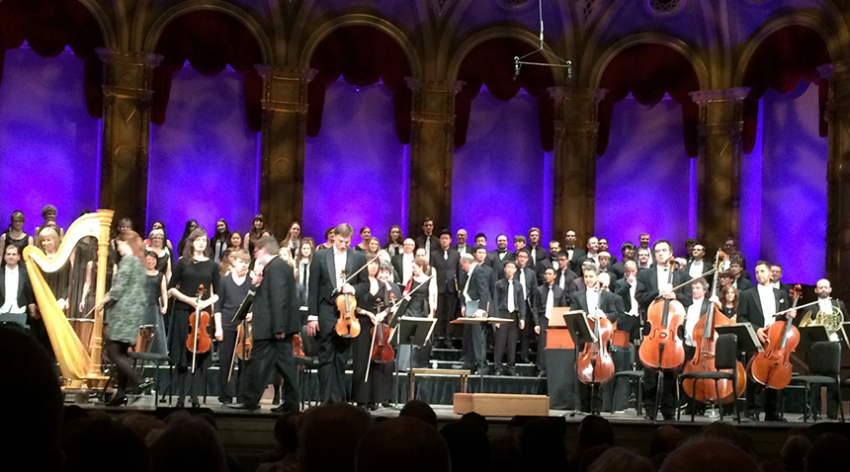 When it comes to springtime, redemption is a less marketable commodity than, say, bunnies and chocolate eggs, so on a blossom-filled Good Friday, I was surprised to see that the promise of crucifixion, mortal sacrifice, and death was enough to pack the Orpheum with an audience enthusiastic to try a bout of the Vancouver Chamber Choir’s darker fare.

After the opening work, VCC Conductor Jon Washburn revealed his enthusiasm, “Isn’t it a gem?” he said. The gem, Heinrich Schütz’s Die sieben Worte Jesu Christi am Kreuz (The Seven [Last] Words of Christ) was indeed a gem—hidden in a jewel box, shrouded in velvet, and encased in solid seventeenth century solid German cabinetry. I revelled how, with clockwork precision, it unveiled its beauty layer by layer. 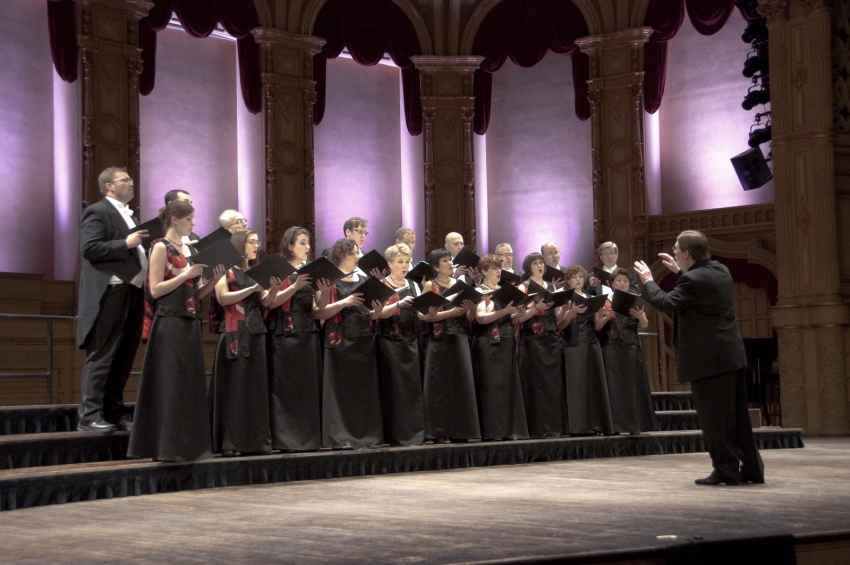 Next up was Schütz’s Italian contemporary, Giacomo Carissimi, who took us back much further to the early days of the Old Testament. Maestro Washburn told us the tale concerning the tragedy of Jephthah, an Israelite general who made a vow that if God would deliver them from their enemy, the Ammonites, Jephthah would offer up the first who greeted him on his return as “a burnt offering”. Tragically, that turned out to be his beloved daughter, Filia. Carman J. Price, tenor, sang Jephte and Catherine Laub, soprano, captured Filia’s fall from girlish innocence to condemned outcast in a way that to me felt as contemporary and horrific as anything on the evening news. Although her role was relatively small, Fabiana Katz, alto (historicus) also picked up on the horror in a way that made my ears snap to attention.

Even though the Requiem is sung in Latin (duh, it’s a requiem), there is something so innately French and nineteenth century about Fauré’s treatment of it. Fauré’s Requiem seems synonymous with Gustave Caillebotte’s Rue de Paris par temps de pluie, the way it portrays everyday life (and death) as a gentle thing. 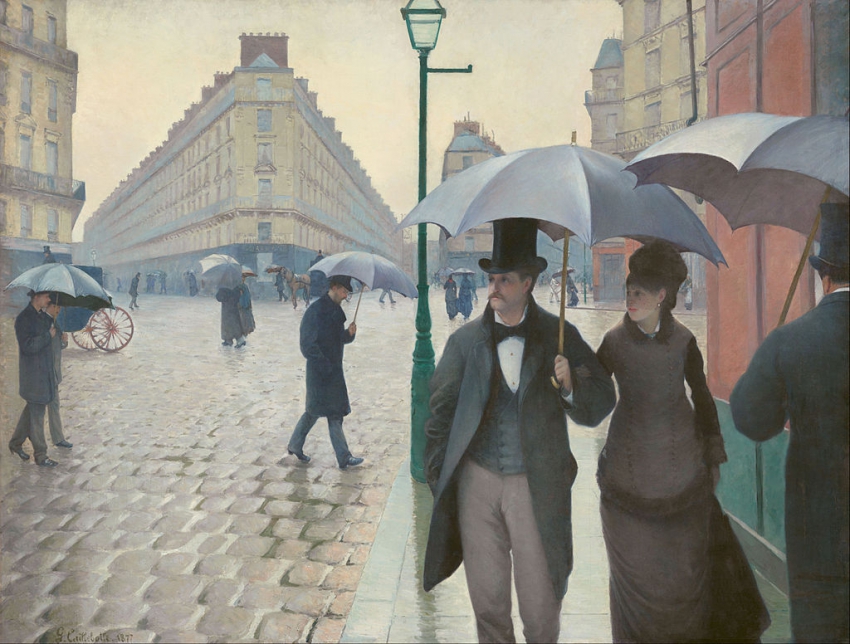 Fauré is masterful in his reduced orchestra, replacing violins with the throatier violas, decimating the woodwind section but for a couple of bassoons, and retaining only an echo of brass (2 horns, 2 trumpets) enough for one or two volleys, but more in the sense of Haydn and Mozart than the resources his contemporaries had at their disposal.

While the performance was fine and reverent and all, it didn’t really congeal until soprano Siri Oleson captured our attention with Fauré's indescribably gentle Pie Jesu. With that, I think many audience members succumbed to very personal reflections and, in some cases, even tears.

For the Fauré, the Vancouver Chamber Choir was joined by the Pacifica Singers and the Vancouver Youth Choir and their inclusion added much to an already full programme. Now we see all the faces of Vancouver— many cultures young and old come together­—singing.

If you missed this concert, springtime is full of singing: