Whether you believe that the arts has a role to play in the care of society or not, it is the burden of the arts to at least try. Vancouver Opera’s Stickboy and Touchstone Theatre’s Late Company have each—in two different productions—put art in the service of confronting and healing a serious social problem: bullying. 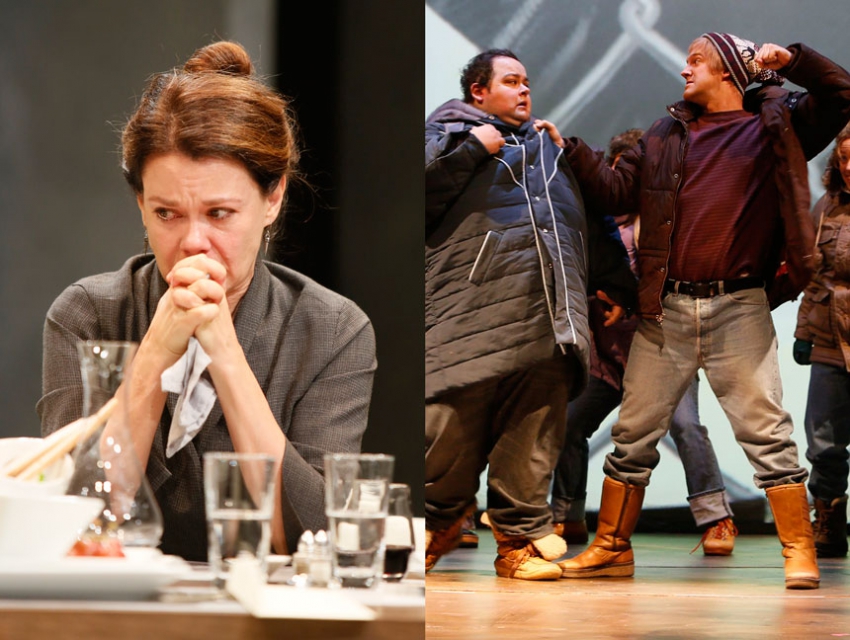 The bully, the victim and the bystander

As anyone who’s been up Burnaby Mountain knows, the only way to combat bullying is to stand up to it.  This month, Vancouver Opera’s Stickboy and Touchstone Theatre’s Late Company have each—in two different productions—put art in the service of confronting and healing a serious social problem: bullying.

Stickboy - “There’s a bully in all of us”

What happens when the victim becomes the bully? That’s what the Vancouver Opera’s production of Stickboy sets out to ask. With the tagline, “There’s a bully in all of us”, Stickboy follows to torments of one little boy who eventually transforms into the monster himself. Shane Koyczan, the spoken word artist of Vancouver 2010 Winter Olympics opening ceremonies fame, wrote the libretto for this Vancouver Opera premiere based on his story, Stickboy: A Novel in Verse. It's an autobiography of his school years during the 80’s and 90’s in Yellowknife and then Penticton.

Once the other children learn of the little boy’s vulnerabilities, his downward spiral of self loathing is set (“You can’t even run away properly”) making him the target for further abuse. But together with his grandmother, his only source of support, they realize some essential truths of life, which in the opera floated before us like tantalizing beacons, “Don’t hold onto what doesn’t love you back” and “Hope is an act of sheer will.” When the family escape to Penticton the boy’s hopes for a fresh start are dashed, and in response he turns his anger outward becoming the bully himself. 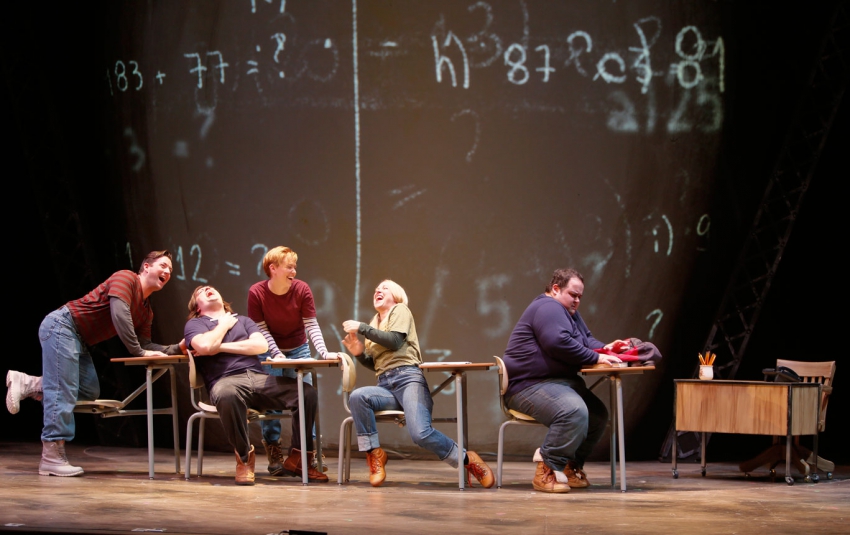 The production uses a blend of theatre, voice over, a rotating stage (for lightening-fast set changes), screen animation, and of course music to tell its story. What makes the multimedia approach effective, apart from the high production values, is its sincerity—there was no “staginess”—all parts are put in service to the story.  Vancouver-based Giant Ant created the animations, reminiscent of the powerful NFB animated shorts (The Hockey Sweater) most of us grew up on.

While the singing was first rate, particularly Megan Latham’s aria (Grandmother) in the second act, more singing and less voice over—particularly from Sunny Shams (The boy) who also has a fine voice—would have kept us in the emotional depth of the story.

Shane Koyczan described how bullying feels from the inside, “When people talk of bullying, they think it’s this dramatic subject. You can watch movies about it and they’re characterized as dramas. But for anyone going through it: they’re being terrorized, they’re scared, they’re afraid the genre is horror”. To that extent, Stickboy relied on a linear narrative that told us more about bullying, than dragging us into the centre of it. 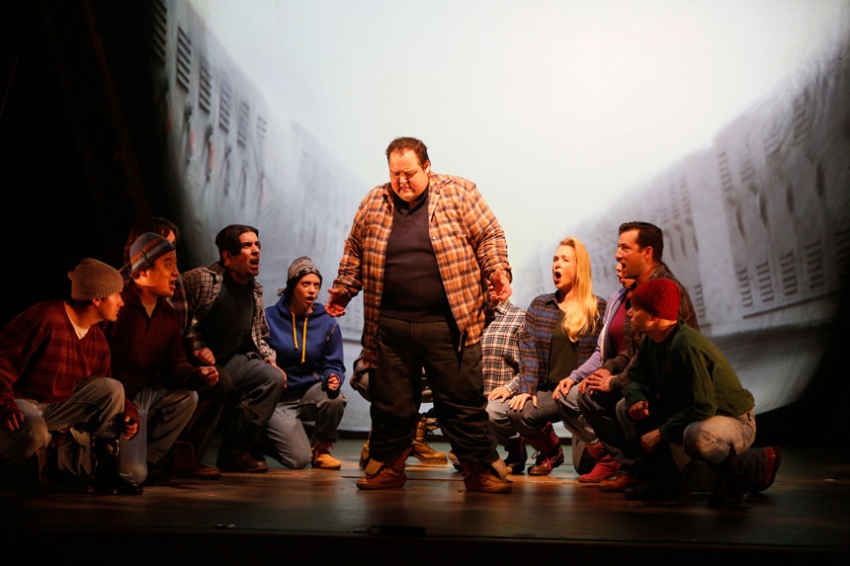 I stayed for the talk back after the show and marvelled at how moved audience members were by the production. Clearly they felt the horror. Whether they’d been victims or were simply highly empathetic, they clearly had had a cathartic experience watching Stickboy.