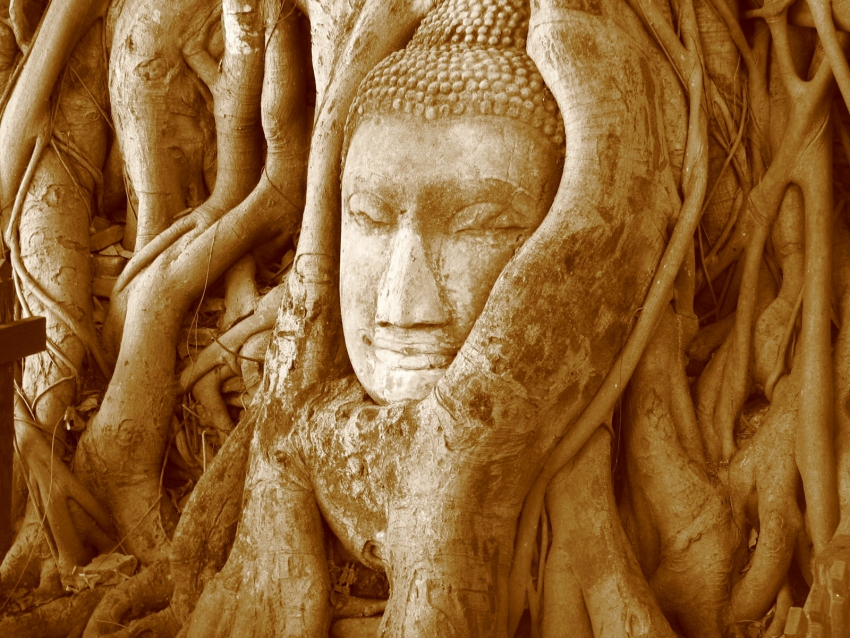 For a hale and well-born 35-year-old to park himself under a tree for weeks without sleeping or eating or speaking or budging might seem symptomatic of severe mental illness. But for Gautama Siddhartha, it’s recognized as a transcendant spiritual achievement. In his indrawn meditation some 2,500 years ago, he vanquished the Demon of Delusion to emerge as a Buddha, freed of worldly baggage via a Path of Enlightenment accessible to all.

Then after 49 days of Sitzkrieg, according to the Dhammacakkappavattana Sutta, he stood up from his tree, dusted himself off and sermonized the waiting world his four major findings: suffering is universal, it arises from attachment, it can be quelled, and there is a systematic technology to do so.

These tenets stand as the Four Noble Truths of Buddhism. They’re “Noble” in sense that they’re to be boldly promulgated as supremely helpful, just as the Christian Gospels are still hailed as “Good News.”

Thomas McKechnie, in our own day and age, has been radically indrawn for even longer than the Buddha: ever since he was diagnosed with clinical depression at age 18. The experience has left him with his own suite of Truths.

In content they may not be all that different from the Dhammacakkappavattana’s list. But McKechnie characterizes them as “(ig)noble,” reflecting the hard-earned bitterness of his discoveries and his crippling self-effacement. And he adds a chilling extra “half-truth” to Buddha’s Truth Number Four: when measured, systematic mitigation proves unequal to suffering, why not just smash up the cosmos altogether?

No up-front intimation of such violence, though, in the cramped, soundproof confines of the KW Production Studio in the basement bowels of Woodwards, where the Toronto-based playwright/creator/activist (as he describes himself) is presenting his hour-long monologue 4½(ig)noble truths over the next couple of days, through Saturday, as part of Pi Theatre’s Provocateur series.

The venue’s a far cry from the Deer Park at Sarnath, where the Buddha delivered his first sermon. More like a forgotten TED-talk side-panel, an impression reinforced by the odd assortment of homely lecture-demo type paraphernalia displayed on a handful of white plastic pedestals. There’s a mic, a slide projector, a bucket, a boxed dozen eggs. And, on a white table, stage centre, a sledge hammer.

McKechnie enters and checks all his props like an anxious lecturer. He hesitates for a moment before the sledge, then nervously stashes it under the table. He’s dressed like a TED talker, too, crisply casual in starched white shirt and pressed jeans.

But the clean-cut costume can’t quite allay the striking oddity of his physique: six and a half feet tall, with beanstalk legs and wafting frond-like hands, blanched and pallid. He tosses his endearingly floppy platinum topknot to half – but only half – conceal the bony skull shaved right down to the nubs at the temples. Unnerving, as the Little Prince might have been drawn by El Greco rather than Saint-Exupéry.

Still he launches into his spiel with TEDesque deliberation. We’re here to talk about Depression – its definition, etiology and mitigation strategies (licit and illicit). He is not, he wants to make clear at the outset, any sort of medical practitioner.