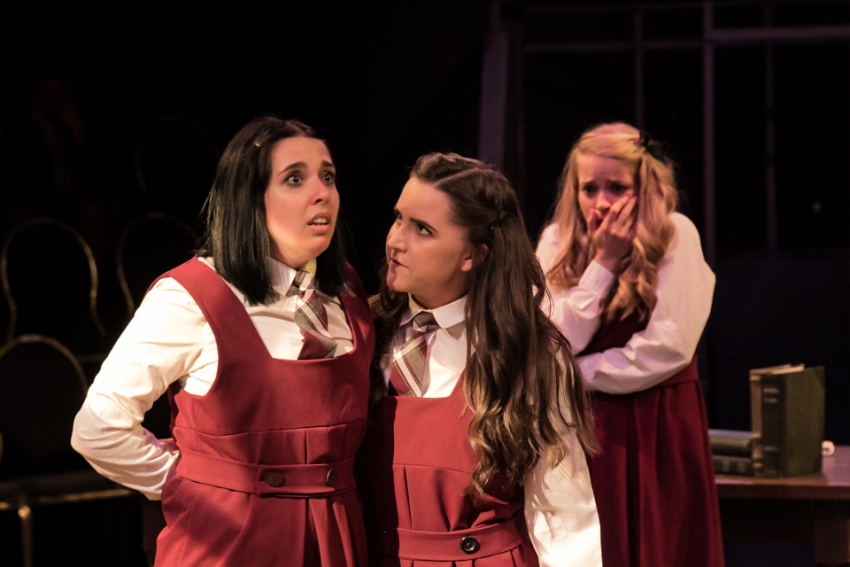 How apt that Lilian’s Hellman’s play about a girls’ school scandal alleging the school’s founders were lesbians and so destroying their and their cohorts lives ran concurrent with Vancouver’s Pride Week? Ensemble Theatre Company produced The Children’s Hour in repertory this summer and viewing this historical play juxtaposed how far we’ve come since 1934 when it was first written.

Hellman’s first hit play, staged on Broadway at Maxine Elliott's Theatre, was allowed to run as it was so successful and highly praised by critics; it was against the law to mention homosexuality on stage in New York State at that time. After Broadway, the play was banned in Boston, Chicago, and London.

In Vancouver in 2015, with same sex marriage the law, and our children going to school with kids who have two moms, The Children’s Hour is a historical play that doesn’t really translate. What could Mary Tilford whisper to her grandmother that would destroy the lives of so many?

The tale of Karen Wright (Stephanie Elgersma) and Martha Dobie (Alicia Novak), friends since college and fulfilling a dream of running a girls’ school in the country, is directed in this production by Alison Raine.

Period costumes by Julie White and excellent lighting in an all sided space at the Jericho Arts Centre set the period.

The women, whose reputation is destroyed when sociopathic schoolgirl Mary Tilford (Laura Geluch) spreads lies in order to stay home with her wealthy grandmother Mrs. Amelia Tilford (Barbara Ellison), are wonderfully played by Elgersma and Novak. Roles like these are the reason that actors are in this business, and they do justice to them.

Geluch puts in a dynamic performance as the evil child and Ellison’s performance is assured. Karen’s fiancé Joseph Cardin (Ryan Scramstad) is a fine actor whose honesty, generosity and good looks will see him do well.

There are pivotal turning points in the play. But because of the the context of 2015, and because director Raine has not clarified the switches in subtext, confusion reigned in my mind.

I did not see clearly enough the shift in Mrs. Amelia Tilford’s decision to believe her granddaughter’s whispered lies. I didn’t see the deep shame throughout the play that would propel Martha Dobie’s suicide because of her confession that she might actually have had lesbian feelings towards her colleague. As a viewer, it was also hard to understand why Karen Wright would turf her fiancé. The context of the 21st century is that same-sex exploration among women is not really that big a deal.

There was much to enjoy about The Children’s Hour but as a period play. There was not much to resonate meaningfully with this viewer except that we have some very good actors indeed working in Vancouver in 2015. And that Lillian Hellman remains a wonderful writer whose work should be more widely read.