The B.C. government is getting ready to announce the specifics of the LNG Income Tax. But with Petronas making threats to withdraw its project, will the B.C. government be able to get a fair deal, or will it cave to industry demands? 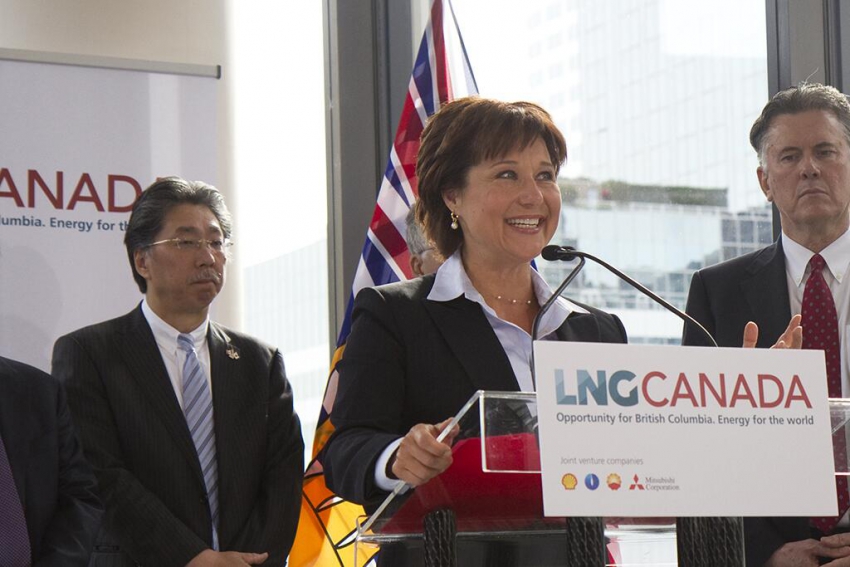 Backroom negotiations have been ongoing for a year, there have been public threats, and countless promises by the government that they are “going to get this right.” But with the resumption of the provincial legislature this week, it's time to see who blinked.

In the final days leading up to the session, which began Monday morning, Premier Christy Clark’s government has been weighing the threat of a multi-billion dollar project pullout as it puts the final touches on its long-promised LNG tax regime.

Plans to establish a two-tiered LNG Income Tax that would help finance the $100-billion prosperity fund were announced last February as part of the B.C. budget, but the details given at the time were scarce.

What the government did reveal was that it intended to bring in a two level tax structure with tier 1 of the tax set at 1.5 per cent of net income, to be charged after commercial production begins. Tier 2 would range up to seven per cent -- but that would kick in only after capital costs of the building and plant were paid off.

Where will the $100 billion come from?

This tax, collected for a “prosperity fund,” is supposed to compensate British Columbians for the international sale of their collectively owned natural resource.

Marc Lee, a Senior Economist with the Canadian Centre for Policy Alternatives, told the Vancouver Observer that this tax determines what share of a public resource comes back to the public.

“If I were to sell your car for you,” Lee said, “what percentage of the profit would you expect me to give back to you as your fair share? A 50-50 split?”

In the LNG situation, British Columbians are presented with a 93 per cent-seven per cent division as the best-case scenario, with the province getting seven per cent. According to veteran energy journalist Andrew Nikiforuk, that makes for one of the lowest tax programs for natural gas in the world.

Estimates of how much money the LNG Income Tax will actually generate are entirely speculative and contingent on how many LNG projects are built in B.C., how much gas they export, and how much the receiving market is paying for it. Even the government’s promise to raise $100-billion in 30 years, Lee said, is just a “big round number they made up.”

Lee calculated LNG tax incomes for a range of different scenarios, even if everything went perfectly according to the government’s plan – maximum LNG output sold for top dollar and taxed at seven per cent – it would only amount to $1.7-billion annually.

A $6-18 billion prosperity fund accumulated over 30 years is a far cry from the $100-billion the government has promised. 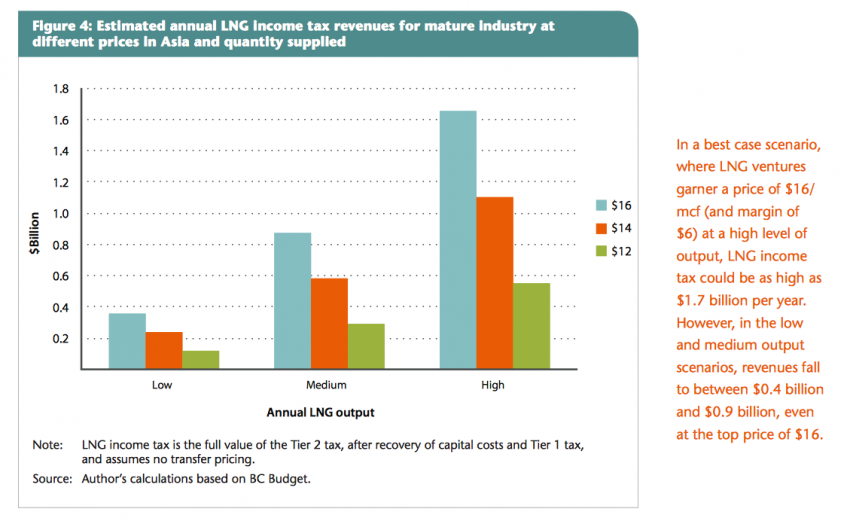 Since the initial announcement, LNG industry members have been lobbying against the tax that will cut into their profits and analysts have speculated this could make B.C. less competitive in the international LNG market.