One person's emotion speaks for millions. 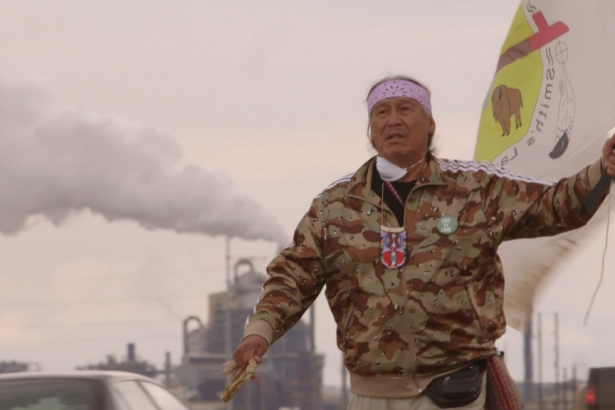 Her sobs carried across the crowd. Propane cannons boomed to frighten wildlife away from the tailings pond. She was surrounded by First Nation chiefs and elders, people from Squamish, Fort McMurray, and Fort Chipewyan. They comforted her as she cried over what they described as the devastation of their land, culture, and "Mother Earth."

Her heart-wrenching weeping silenced the 400 or so people who had come from all parts of Canada to join the First Nations for the 2013 Healing Walk. They stood listening as a seemingly-endless convoy of trucks rolled slowly towards the Syncrude oil sands facility.

Her tears said more than all of the passionate and powerful speeches that had taken place over the last 24 hours combined:  Bill McKibben, Naomi Klein, Wynona LaDuke, dwarfed by the white haired woman's raw grief.

No one explained. No one had to. It had already been said.

The marchers looked over to where she sat on the edge of the man-made body of water where oil sands waste ends up, a toxic pond deadly to ducks and birds who hazard into it.

As her sobs pierced the cloudy day, some demonstrators began to weep.

And the walk continued.