The moral hazard of climate change 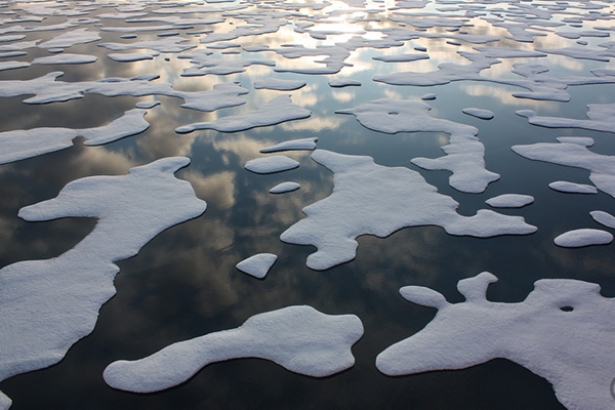 One of the factors compromising our prospects for a stable and secure environmental future is outlined by Bryne Purchase in the subject of moral hazard — a hazard he emphasizes simply by changing the title of his article in The Walrus from “moral” to “mortal” (Mortal Hazard: Why catastrophic events like the sub-prime mortgage crisis and climate change are inevitable.) His ideas are insightful and timely, even remotely hopeful because he identifies a structural flaw in “the architecture of our decision making” that we could correct by being aware of it.

The flaw, Purchase explains, “is that in the pursuit of economic growth we privatize reward and socialize the downside risk.” Economists have borrowed the term “moral hazard” from the insurance industry to describe this process.

“A moral hazard exists,” Purchase writes, “whenever decision makers in risky situations reap the rewards from their decisions without bearing all the costs.”

This transfer of cost to others encourages risk taking, a shifting of responsibility that is even officially acknowledged in the term “limited liability”.

But the society that inherits costs also reaps rewards. Modern market capitalism, Purchase explains, has created an incredibly dynamic economy with unimaginable wealth since its inception a little more than two centuries ago. The material success of our global economic system is due primarily to this agreed distribution of risk and cost.

In exchange for the immense social and economic benefits provided by adventurous investors, their businesses are protected by corporate recognition, legislated support, government grants, tax benefits and even bankruptcy laws that limit personal responsibility for imprudence and outright incompetence. In exchange, society gets jobs, infrastructure, merchandise, services, opportunity, innovative new products, and the promising prospects generally described as progress.

The danger in this system, however, is that it lacks the checks that provide appropriate restraints. Such a lapse in supervision occurs because both the economic system and the social system are joint beneficiaries of the risk process. Society, therefore, is reluctant to impose restrictive regulations on economic activity because any constraining effects may be felt by everyone.

This exposes modern market capitalism “to new orders of potentially catastrophic failure,” explains Purchase. “Catastrophic, because by the time a potential problem becomes recognized as clear and present danger, no action may be sufficient to prevent social and economic breakdown... .”

The complexity of such a system produces “tipping points” that may have “viral effects”, the most dramatic and vivid example being the recent sub-prime mortgage fiasco of 2008-09 that came close to collapsing the world's entire financial system — secondary and tertiary effects are still reverberating throughout the economies and societies of many countries.

Purchase quotes Allan Greenspan, the former chair of the Federal Reserve Board in the United States, who succinctly explains the forces of risk in the evolution of this financial shock. “A difficult problem is that much of the dubious financial-market behaviour that emerges during the expansion phase is the result not of ignorance that risk is badly underpriced, but of the concern that unless firms participate in a current euphoria, they will irretrievably lose market share.” The competitive power of the system, therefore, sanctions inexcusable risk.

This, however, is but half the equation. The other half is the social and political psychology underlying the unfolding disaster.

“I am also increasingly persuaded,” notes Greenspan, “that governments and central banks could not have importantly altered the course of the boom either. To do so, they would have had to induce a degree of economic contraction sufficient to nip the budding euphoria. I have seen no evidence, however, that electorates in modern democratic societies would tolerate such severity in macroeconomic policy to combat a prospective problem that might not even materialize.”

Since everyone was benefitting from the surge in the housing market, and the cost only existed as conjecture for some time in the indeterminate future, no one would take the initiative to reduce the opportunities for financial gain. The present reward overruled the possible risk.

Now transpose this entire argument to the subject of global climate change. “A moral hazard exists,” Purchase reminds us, “whenever decision makers in risky situations reap the rewards from their decisions without bearing all the costs.”

Fossil fuel corporations and their investors, together with almost every member of a modern market capitalistic society, are all reaping the economic wealth accruing from the present unrestrained use of coal, gas and oil. The cost of billions of tonnes of carbon dioxide emitted into the atmosphere is calculated as possible risk projected into the future, cost for some other people to solve with some other ingenuity. Moral hazard invites such deferrals and human psychology is willing to comply. And, as Purchase notes, “There are always politicians willing to offer the policy option with the least short-term cost or the greatest short-term benefit.”

We are now, however, entering a transition phase. The environmental risk is beginning to impose its cost. The Arctic is melting, the oceans are rising, the temperature is climbing and the weather is getting more bizarre. The cost is floods, droughts, fires, political instability, crop failures, climate refugees, species loss and miscellaneous disasters that are surprising in their imaginative ingenuity. The deferred future is becoming the unfolding present.

Moral hazard is exacting its payment. Whether we continue to play the game of risk and cost remains an unanswered question.

See more
The ecology of wealth
The importance of forgetting