Gay, and in love...with Fort McMurray

The Alberta oil sands extraction is the largest industrial project on earth. Some believe the sands are the future of Canada's economy, others believe the project is an environmental nightmare, and many believe both. Portraits of People and the Oil Sands is a series  that takes you to the extraction pits, the protests, the gas pumps, and to dinner tables across BC to hear from Canadians who are personally affected by and afflicted by the oil sands, in ways both large and small. 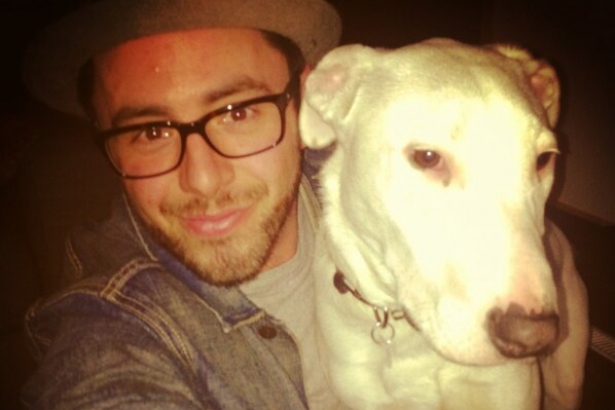 Like millions of people living in Canada's burgeoning oil economy, Jeremy Irla is a study in contradictions: an openly gay Métis man who embraces his First Nations spirituality, who lives in a city defined by the largest industrial project on earth, a venture many First Nations people believe is destroying their culture, and that others are profiting millions from.

Irla finds few gay men emotionally evolved enough to be 'out' in Fort McMurray. Having traveled a long and thorny path to find his own pride and identity, he isn't settling for someone who's the least bit ashamed of who he is.

This leaves him with relatively meager dating options. But Irla is devoted to Fort McMurray. He certainly isn't trapped there. He's young, educated, and well-traveled, and he spent several years living in Vancouver -- Canada's spiritual yin to the oil sands' economic yang.

With his resume as convener of "Get up and Go Wood Buffalo" -- Fort McMurray's annual celebration of community and family -- he's surely employable in any Canadian city.

Irla lives in Fort McMurray because he loves it. Not to say he hasn't had his doubts. He's left and returned to the city three times. But he wants  the city to thrive, which is why he leads an organization that strives to make it cooler.

He knows outsiders identify Fort McMurray by what he calls "this scar right next to it." He identifies it through its community.

As far as "the scar" of the oil sands is concerned, he believes that by working from inside the city he can help forge a path to systematic change.

"That's the way you do it," he says, "through respect and community. You see things that are in opposition and understand that things need to change from there."

The gay community is not very visible yet.  It's starting to grow. "We've had a few floats in our parades. It's becoming a little more visible but it's still in its early emerging stage," he said.

"A lot of the gay men in this city are still closeted.  A lot of the ones I've met are closeted at work, or they're married and they're gay. It's not something a lot of them are open with."

"Because I am open and it's been a long, long journey to get there, I want someone who is who they are,  and who is competent and comfortable with that and not looking to hide."

When I suggested that he must be a role model for younger people, he deflected the compliment, saying he's not so sure. but that he tries to at least bring some of his experiences and challenges out and to "show you can come out the other end."

A rough coming of age

Growing up in Fort McMurray, Irla told me he was deeply involved in his church and determined to become a youth pastor. He taught Sunday children's school and junior high boys' Bible study. He played in a Christian youth band and served on the worship team. He led Friday night youth groups and weeknight children's programs.

He describes his childhood as "very sheltered," growing up in a "very Conservative,  very fundamentalist Christian home" -- less-than-ideal conditions for a man trying to discover his sexuality.

Looking back, doesn't think he even fully understood what it truly meant to be gay. "Learning about [being gay] in that Christian perspective, you fear it, so you kind of ignore it.  But through my puberty years, I started figuring it out."

When he was 18 years old, he made the decision to come out to a trusted friend.

Like Irla, his friend was involved in the church. Though she didn't reject Irla for being gay, she did urge him to tell somebody else about his sexuality. They fought about it, and ultimately his friend asked their pastor to give Irla a call. Irla decided to visit the pastor's house, where he mustered his courage and confessed his homosexuality. He explained that it was just a struggle he was having, something he had never actually acted upon.