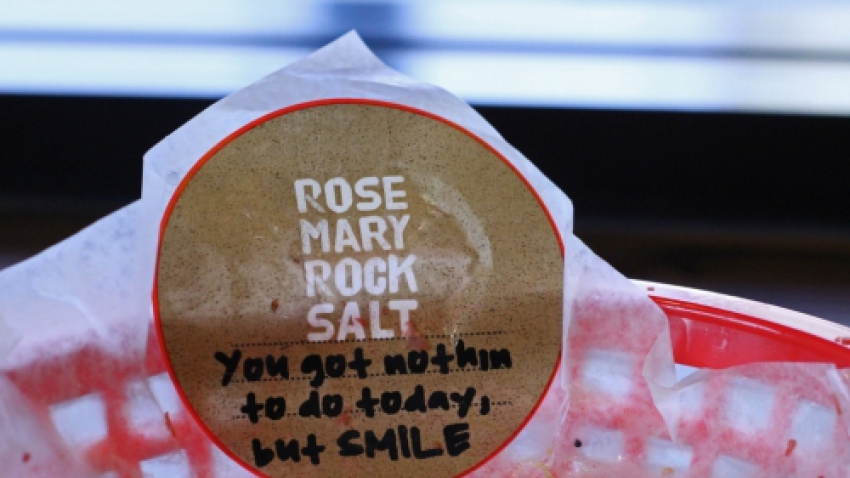 Photos by Kelly J Marion -- follow her @kellyjean247 or MarionateOvernight.ca

“I used to wake up on Saturday mornings excited to make bread; it’s not surprising that, as an adult, I own a bagel shop.”

Parise Siegel, co-owner of Rosemary Rocksalt, shared this with me as she told the story of how the new North Vancouver bagel joint came to be.

Her father, Joel Siegel, started Siegel’s bagels 23 years ago after moving from Quebec.

Back then they used to bring suitcases of bagels from Montreal with them to Vancouver, because “you could never get really good bagels here”. This spurred the idea of opening up a store that made authentic bagels, like he was used to back home. So, like any great entrepreneur, Joel took that idea and instinct and turned it in to reality. Unable to find someone who knew how to build a brick oven to make bagels in Vancouver, he promptly hired someone from Montreal to build the wood-burning oven in Kitsilano.

“My dad used to chop the firewood for the oven at the back of the store; needless to say, a lot of sweat and tears have gone in to the business. Now, 23 years later I have the opportunity to take the family recipe and create a new company, hopefully with minimal tears,” she said. 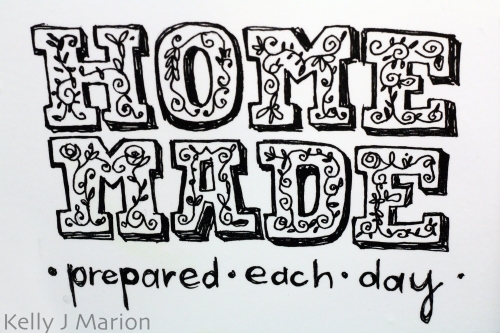 While you may find the company name unusual, to Parise it seemed a logical coining for the company. Derived from the popular rosemary rock salt bagel that they began making at Siegel's eight years ago, the North Vancouver shop now stands in its honor.

That rosemary infused bagel topped with rock salt is but one of a dozen bagels offered at the shop. Others include the traditional sesame and poppy seed, the healthier ancient grains, the semi-sweet cinnamon, and an almost gluten-free option.

The gluten in the bagel is malt barley flour and has become very popular with those trying to reduce their intake of gluten. It isn’t possible for them to make an entirely gluten-free bagel so they don’t advertise it as such, but they are trying to be as accommodating to dietary restrictions as they can be. 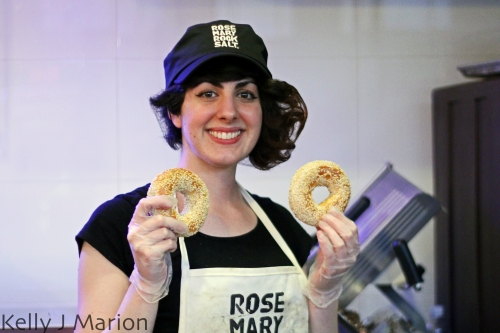 Bagels can be topped with homemade cream cheese, including flavours such as salmon lite, sundried tomato lite, dill lite, and the decadent chocolate chai. 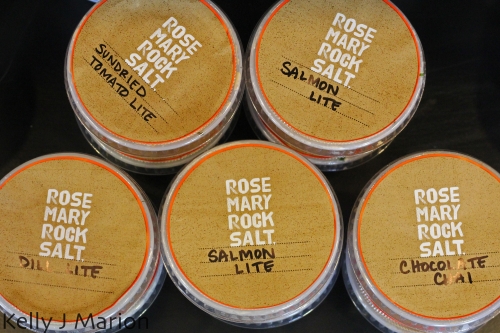 Preferring the more satiating option, and because it was dinnertime, I opted for the highly recommended, Montreal Smoked Meat sandwich on a sesame seed bagel; it was delicious, piled high with meat and sitting between a chewy, dense bagel with a hint of sweetness. Served with a Mrs. Whytes pickle spear, and equipped with regular old yellow mustard, the bagel sandwich can be made into a meal combo with French fries and a drink for $12 or on it's own for under $10.

To keep it authentic, their smoked meat is shipped in by truck from Montreal every week, with their shop receiving roughly 120 huge briskets in each order. 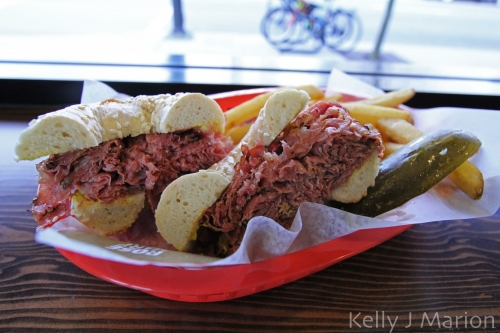 And when you’re done your savory item, or just looking for something to satisfy your sweet tooth, consider the Rugelach. The light, melt in your mouth pastry with sweet filling, whether chocolate and raspberry, candied walnuts, or apricots and cream cheese, makes a great treat that isn’t overwhelmingly sweet and small enough to gobble up yourself. 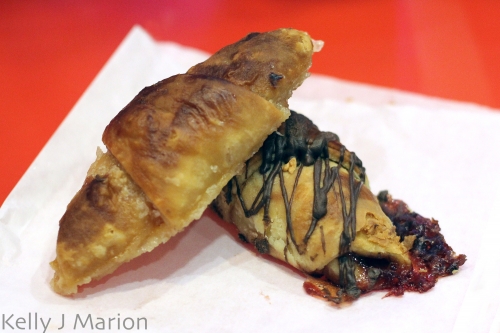 The Upper Lonsdale shop held a jam-packed Grand Opening April 5th from 6:30 am to 7:30 pm with all sales benefiting the Lions Gate Hospital Foundation. Across from Starbucks on one side, construction on the other and kitty corner to a gas station, the bagel shop is hard to miss - especially if there is a continuous stream of customers. On a busy day, sit back and enjoy the hustle and bustle, and let the personality of the workers shine as they yell out your name and order on a busy day. And if that's not enough to keep you happy, the shop's floor to ceiling windows will. Although not providing a great view, they allow for ample people watching time and a ton of natural light. 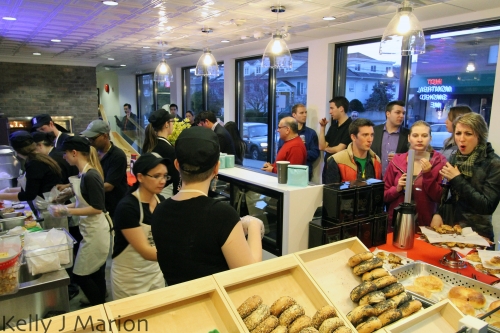 So what’s the difference between grocery store bagels and Rosemary Rocksalt bagels?

In a grocery store, bagels are prepared exactly how you would prepare a hamburger bun, but with a hole in the middle. They are put on a tray and in to a proofer (like hamburger buns), then they’re put into a convection oven and a timer is set.

Rosemary Rocksalt bagels are boiled first to aide the rising by activating the yeast. Because they’ve been boiled first, they obtain a crisp outside during the baking process. After coming out of the boiler, they’re seeded and then put on a wood board, called a Shiva, very close to the fire in the 10,000 pound stone-hearth flame oven.They’re turned many times through the baking process until they’re finished. 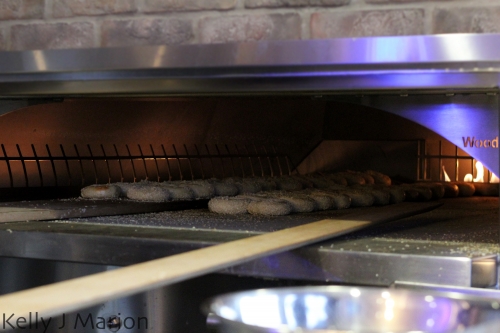 You’ll notice that grocery store bagels are flat on one side, but theirs are completely baked on both sides and rounded on all edges. 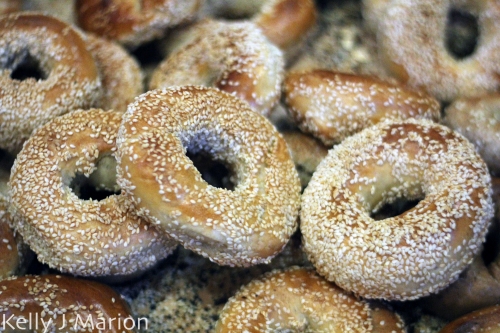