My mother was a 1960's stay-at-home mom who, like many of her peers as it turns out, wasn't terribly happy about her lot in life, even though she had the lawyer husband, the two kids, the 3-bedroom 2-bath suburban house, the Maytag washing machine... in other words, everything she was ever supposed to want. So why on earth was she unhappy?

I am fairly certain that anyone who has ever seen "Mad Men" can guess at the answer to that question.

A Half Century of Progress – Or Not?

Earlier this month, exactly 50 years after Betty Friedan's book, The Feminine Mystique, was published, arguably setting off the "second wave" of feminism in the U.S., a hundred women gathered in Vancouver, BC, for Social Venture Institute Women, a conference designed for female business leaders committed to aligning their personal and organizational values. 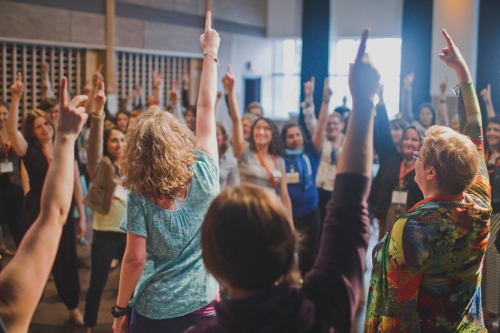 We've come a long way, baby... or have we? What does the fact that we're convening women-only business conferences in 2013 say about our society? From the outside, some might assume that these gatherings do nothing more than stoke the flames of the same "struggle" that our mothers and grandmothers, not to mention some of us, were fighting 40 and 50 years ago. In fairness, one does have to wonder, when North American women are still earning significantly lower wages overall than their male counterparts for the same jobs, how much progress women in business have made.

SVI Women's organizers didn't gloss over the work-related challenges women tend to experience more than men. There was time built in before, during and after the formal programs for participants to consider and discuss how their own socialization (vis-à-vis gender, culture, ethnicity, etc.) has influenced their business practices.

Primarily, however, SVI Women focused on providing the tools – and, just as importantly, the network -- to continuously empower women, specifically those with mission-based businesses, to succeed in a traditionally male-dominated world. Though there were many, following are just a few of the highlights and key takeaways from this year's SVI Women – Vancouver.

Key takeaway: Sticking to your values pays off. Before her product had even hit the shelves, Hoffman committed to aligning her business with her values, Three years later, she's giving the big boys a run for their money, competing with the likes of Coke and Pepsi in the natural beverage category.

Key Takeaway: Profits are the red blood cells of business. No matter how important your social or environmental mission is, Ratana Stephens reminded her audience, you must understand the finances of your company, and your underlying priority must be profits. Other weighty sound bites from the elder Stephens included: