"No such thing as a pipeline that doesn't leak," CRED spokesperson says 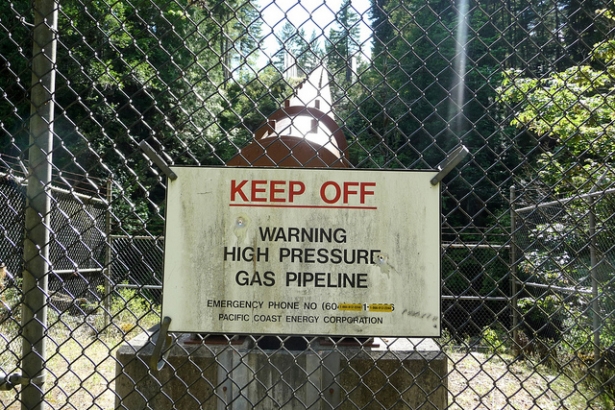 The pipeline oil leak near Merritt, B.C. comes at a sensitive time for Kinder Morgan, as they seek to expand the TransMountain Pipeline to carry diluted bitumen From Strathcona County, AB to Burnaby BC. The proposed 890km of new pipeline would increase the capacity of the TransMountain pipeline to 890,000 barrels of oil per day. However Kinder Morgan faces stiff opposition from environmental groups, and questions about the safety of their pipelines.

Conversations for Responsible Economic Development (CRED) is a group with the goal of conducting “independent research about the potential impacts of a new pipeline and increased tanker traffic” to remedy the “lack of public education about the projects economic risks.”

According to a spokesperson, “there have been 78 reportable spills along the Trans Mountain pipeline since it was first built” with four large scale spills in the last few years in Abbotsford in 2005, Burnaby in 2007, and Sumas in 2012. Those large-scale leaks were on a scale of 210,000 litres, 250,000 litres, and 110,000 litres respectively, while yesterdays small-scale leak was 2000 litres.

Overall, “Kinder Morgan has been responsible for 500 pipeline incidents since the company was incorporated in 1997.

When asked what Kinder Morgan could do to prevent these spill in the future, Liz Mcdowell from CRED said: “There is no such thing as a pipeline that doesn't leak or spill. However, moving forward if Kinder Morgan intends to continue shipping diluted bitumen through their pipeline, it would be great to see some independent studies on whether bitumen is more corrosive than other oil products, as some scientists claim. If it is, in fact, more corrosive then they should consider whether diluted bitumen is safe to ship at all.”

When contacted, Kinder Morgan’s spokesperson did not comment on this question, but released a press release on Friday that the pipeline repairs were finished.