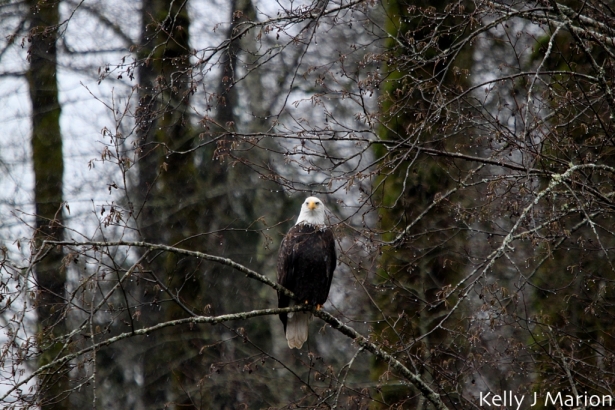 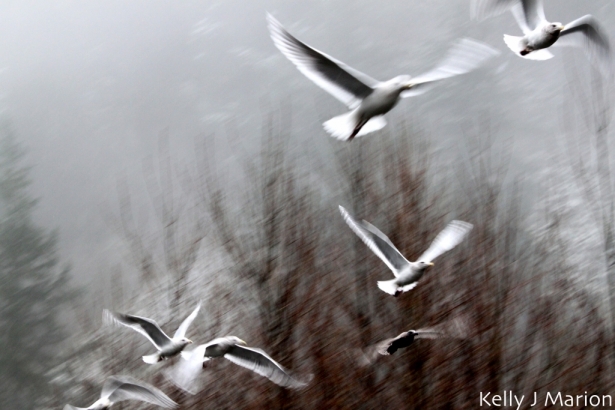 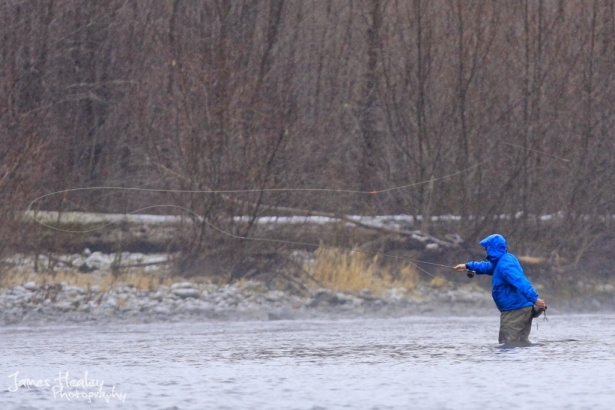 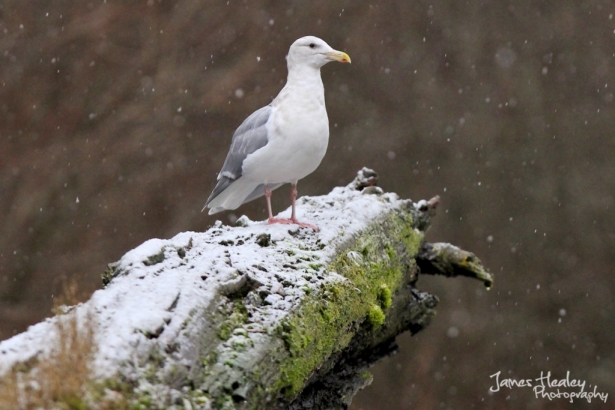 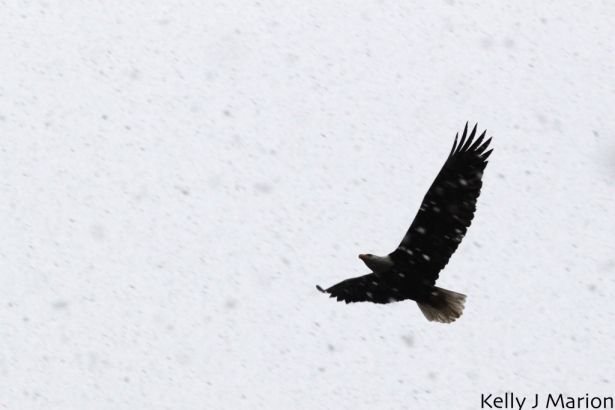 While there may not be snow in the city, there was a ton of it in Brackendale when I spent a night in the riverside cabins at Sunwolf Outdoor Centre.

The rooftops were dusted with fresh powder and the air was crisp, making the simple, cozy cabin even more enticing just knowing that there was a fireplace heating the room. 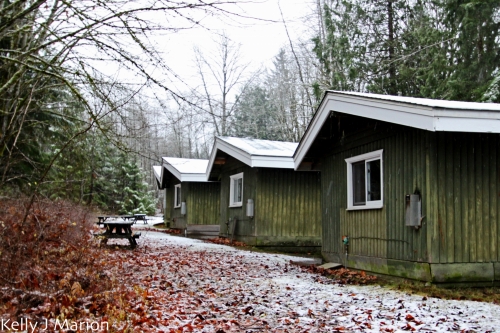 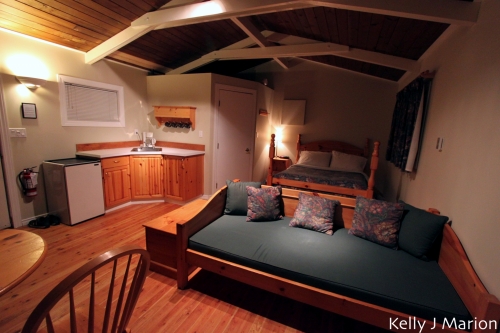 We quickly settled in and opened our bottle of wine, only to discover that there were only mason jars for drinking glasses in the room. I'm sure had we asked, Jess and Jake would've offered us wine glasses, but as we quickly adjusted to the warmth inside the cabin there was no way we were leaving. It felt rustic, and trendy, to be drinking out of them anyway. 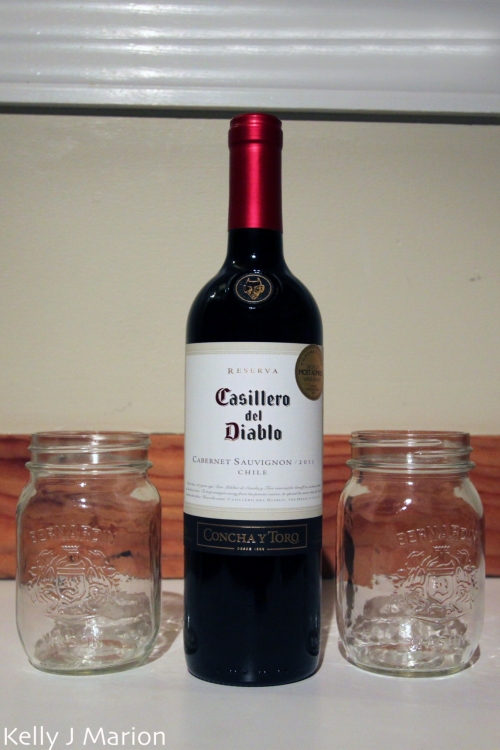 After a night of peace and quiet, deep sleep and cuddling by the fire we were eager to get outside for the bald eagle viewing raft tour. A quick walk from our cabin to the main reception area brought us to hot coffee freshly roasted at Gallileo Coffee Company and daily baked muffins from Fergie's Cafe. All of the food served at Fergie's is prepared with locally-sourced ingredients from farms such as Rancho Rojo Pez,  Stony Mountain Farm, Fern Alley Market Garden and Good Time Farming.

After our breakfast and introductions it was time to get ready for a morning spent coasting down the river on the raft. Some people, from our small group of five, bundled up in gear provided by Sunwolf while others wore their own boots and water-resistant attire. Cameras in hand we excitedly loaded in to a van where we were taken down to the other end of the river before buckling in to our life jackets. 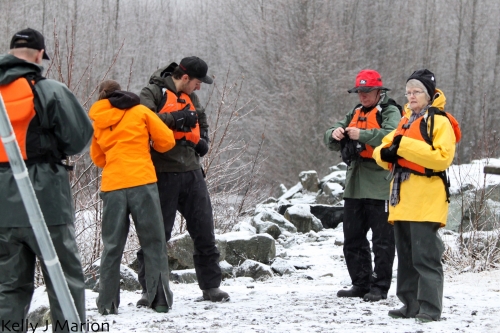 As we waded in to the water in our boots we carefully hopped in to the raft that is used for whitewater rafting in the summer months. Jess Freese, co-owner of Sunwolf, assured us that the current rapids were small where we were going and that to that day they had never had anyone go overboard. Were my teeth still clenched? No, but they will be when I go back in the summer for my first whitewater rafting experience. 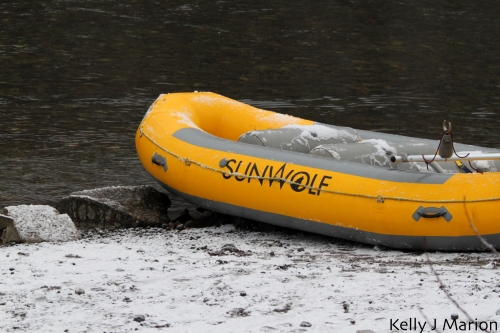 The large snowflakes created a magical and somewhat surreal setting as we set off on our morning eagle viewing tour with Jess. Her significant other, Jake Freese, did not join us, but departed with a cheerful goodbye as he drove the van back to Sunwolf. 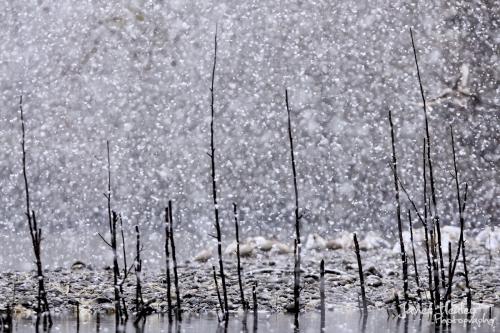 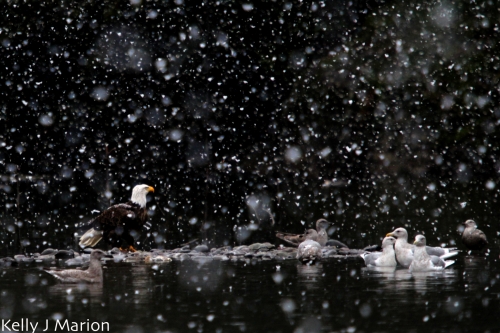 As we coasted down the river, it was incredible to see the mass amount of eagles that have made Brackendale their home over the cold winter months. Since the peak bald eagle viewing is from mid-December to mid-January we were right in the acme of best viewing times. In a single tree there were often six to ten eagles perched atop a branch, watching us as we snapped photo after photo in between sips of creamy hot chocolate. 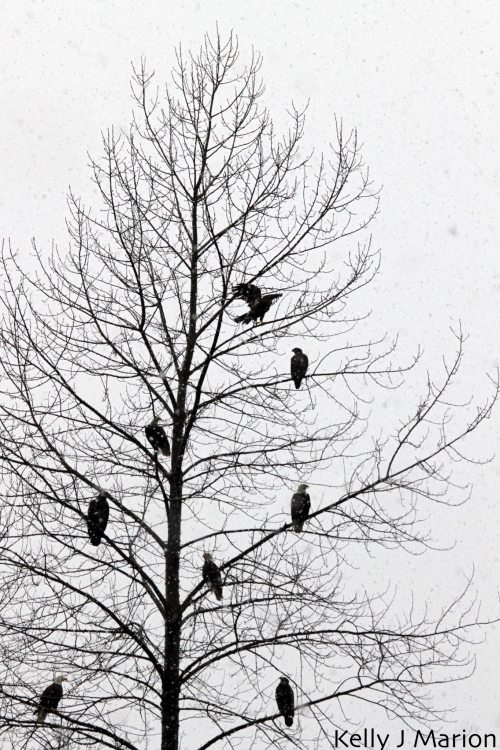 Climate ethics and the smoker’s excuse

Ten days to win a visually splendid, deeply pampering getaway to the Pacific

Making fundraising the easy part of Climbing for a Cause