Almost half the doomed Air India passengers were Canadian kids 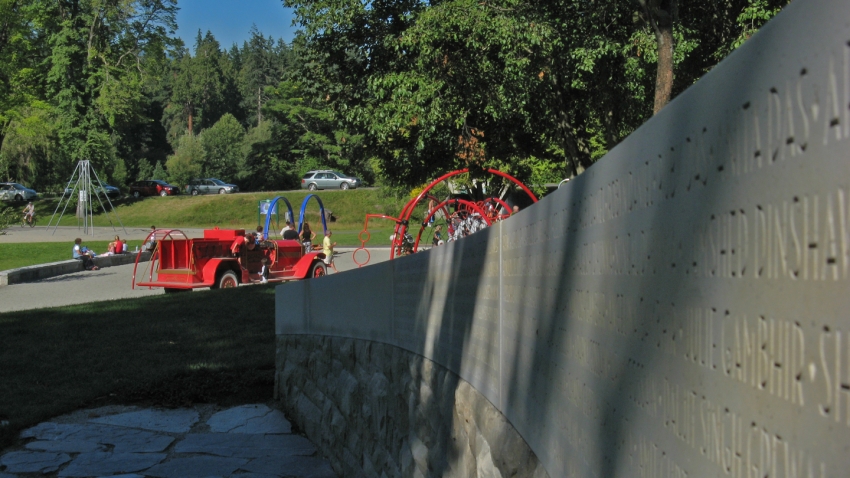 Hovering above the deck of the ocean vessel, Laurentian Forest, a helicopter winchman was weeping as he passed a bundle to the man standing on deck, merchant mariner Mark Stagg.

Testifying at the Air India Inquiry, Stagg said. ''I look down into the towel, he or she is perfect and beautiful. I rested my face on the baby's cheek and it was so cold.’'

He then placed the body in a giant plastic bag.

''Now sitting here with all of you, I cannot begin to describe the utter wrongness of putting children in plastic bags,'' Stagg said.

Stagg was among the many Irish seamen who worked tirelessly to recover bodies of Air India Flight 182’s dead.

Of the 329 people who perished on that flight, 137 were under the age of 18. 82 of those were under 13 years old. Most were Canadian kids just out of school, going to India for a family holiday. Not only were entire families lost while others left fragmented, but many parents had to live the remainder of their lives without their children.

The Vancouver memorial site for Air India victims is located in Stanley Park, near Second Beach, next to a playground, swings and family picnic benches. Overlooking the ocean, this memorial is dedicated to the 82 children who lost their lives on Air India Flight 182.

At the unveiling of the Vancouver memorial in 2007, family member Jayashree Thampi told reporters that, “The children’s playground symbolizes the innocence of those children who died in this tragedy.”

There were two planes and two explosions. Passenger bags filled with explosives were loaded onto two aircrafts at the Vancouver International Airport in Canada. One set of explosives detonated prematurely during a stopover in Japan at the Tokyo Narita Airport, killing two baggage handlers. The second set of explosives was transferred onto the Air India plane during a stopover in Toronto, Canada and detonated mid-flight over the Atlantic Ocean near the coast of Ireland.

Immediately after Flight 182 crashed into the sea questions about what motivated the attack and who was responsible began to circulate in the media, while concerns about airport security and terrorism dominated narratives about the bombings. Some initial news reports of the incident racially framed potential suspects, while other news reports linked those most directly impacted by the bombings to the Canadian South Asian community. Unlike the terrorist attacks in the United States in 2001, the Canadian government was slow to respond to the Air India bombings, leaving speculation as to whether the government considered it a national tragedy impacting Canadians. There were questions as to whether the bombings were not immediately acted upon because they primarily affected Canadian South Asians.

The criminal investigation into the bombings spanned over two decades, making it one of the longest in Canadian history. In 1991, Inderjit Singh Reyat was convicted for manslaughter and in 2010 for perjury.  In 2005, two other suspects, Ripudaman Singh Malik and Ajaib Singh Bagri, were acquitted for all charges related to the bombings. The acquittals of Malik and Bagri renewed public pressure for an inquiry into the criminal investigation of the bombings.

In 2006, the Canadian government announced the start of the official commission of inquiry. The decision to hold an inquiry stemmed from years of public pressure and lobbying by family members of Air India victims, who demanded justice from the Canadian government. The purpose of the inquiry was not only to look into systemic concerns related to aviation security and failures in the criminal investigation, but also to hear from the families of Air India victims. In Harper’s 2006 announcement, he acknowledged that “there had been a tendency to see issues that surround this incident as a problem related to politics in India” rather than as a Canadian tragedy, impacting Canadian citizens.

Part of the inquiry was to understand the severity of loss, the impact the bombing had on families, and the “human element” of the tragedy. In 2008, the Air India Inquiry released its first public report on the incident titled, The Families Remember. For the first time since 1985, the Canadian public was given a glimpse into how the bombings impacted Canadian families.

Many families detailed the grief they experienced over the years and spoke about the erasure of the bombing from the public memory of Canada. As June 23, 2015 marks the thirtieth anniversary of the bombing of Flight 182, the challenge is to see the Air India incident as a Canadian tragedy, to grasp the magnitude of human life lost, and to understand the gravity of the human element behind this tragedy.

The memorial to the Canadian children and all others who perished on Air India Flight 182 that day, can be visited anytime.