The calf spent the first three weeks of its life in a tank under "round the clock" care from SeaWorld staff. 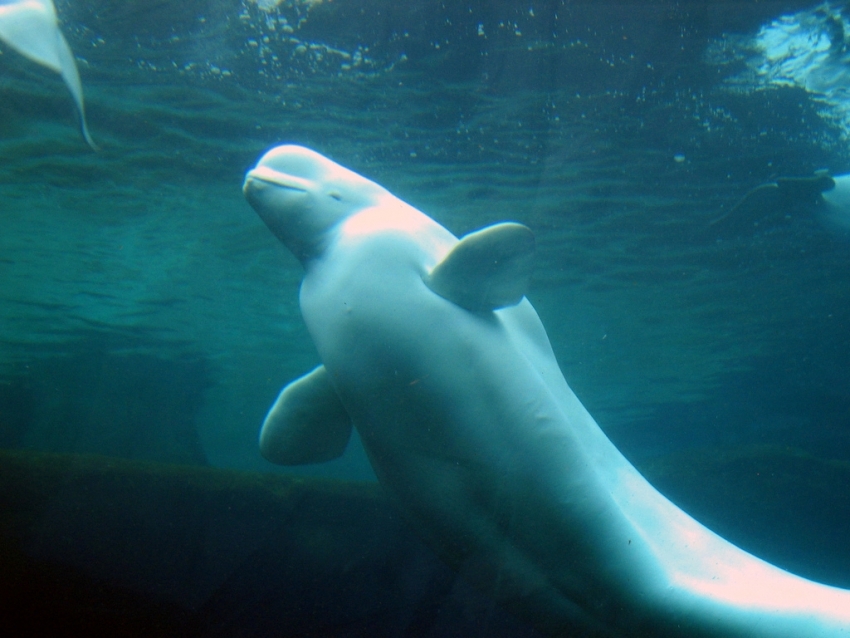 A newborn beluga sired at SeaWorld San Antonio in Texas by a Vancouver Aquarium male has died.

The three-week-old calf passed away on Sunday despite having what SeaWorld staff called "round the clock" care since its premature birth on June 20.

The baby, conceived by SeaWorld's Martha and the Vancouver Aquarium's Imaq, was born one month early and appeared smaller than normal at 120 pounds and four feet in length when it was born, local media reported.

Imaq, who became the Vancouver Aquarium's only breeding male after the death of Nanuq, has sired six calves since 2002, only two of which are still alive.

According to SeaWorld San Antonio, the calf who died on Sunday was the result of natural breeding rather than artificial insemination, and had not been named at the time of her death.

— with files from Sandy Garossino