BC gov't invites letters on Great Bear Rainforest land use

The Province has put the call out for written public input on the proposals and the potential for new biodiversity, mining and tourism areas (BMTAs), by Aug. 10, 2015. 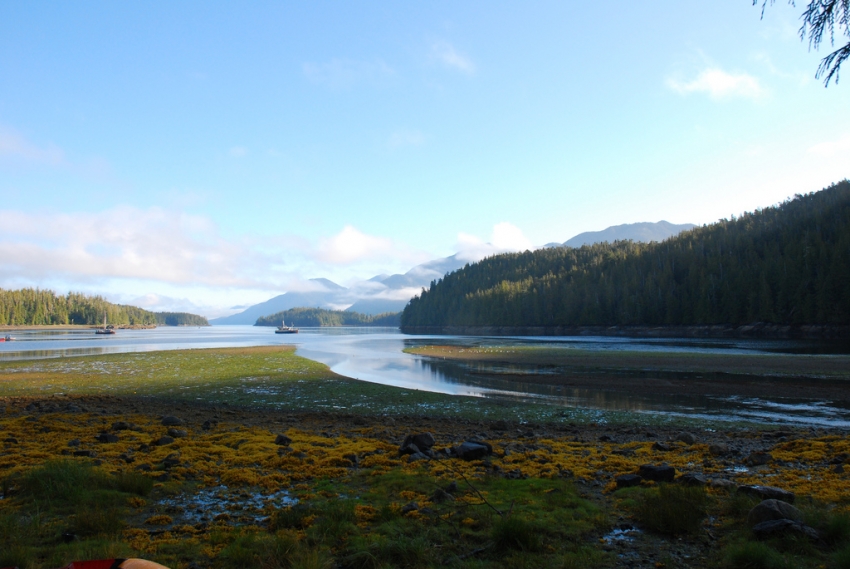 Salmon spawn in this area of Barnard Harbour, in the Great Bear Rainforest. Photo by Dogwood Initiative

If you have some input on proposed land uses in the Great Bear Rainforest, now’s the time to speak out.

The Province has put the call out for written public input on the proposals and the potential for new biodiversity, mining and tourism areas (BMTAs), by Aug. 10, 2015.

Up to eight new BMTAs that collectively cover 295,000 hectares of Crown land next to existing conservancies and other protected areas in the region are also being considered.

The potential BMTAs being considered are Hanson, Sonora, King and Gil Islands, and the Kitsault, Kimsquit, Green and Braden areas. However, for King Island, the ministry is considering establishing a conservancy instead of a BMTA. Commercial forestry and hydro-electric generation linked to the power grid are prohibited in BMTAs.

Areas designated as conservancies explicitly recognize the importance of the area to First Nations for social, ceremonial and cultural uses.

In March 2009, the Province, First Nations, environmental groups and forest companies agreed to review the ecosystem-based management land-use objectives in the Great Bear Rainforest with the goal of "concurrently moving to high levels of ecological integrity and high levels of human well-being and if that is not possible, to make meaningful increments to both."

To date, forest companies in the area have been following the existing land use objectives that protect 50 per cent of old-growth forests.  In January 2014, Joint Solutions Project (coalition of environmental groups and forest companies) jointly submitted 82 pages of recommendations for future management in the Great Bear Rainforest. The proposed land use objectives being released for public review and comment incorporate those recommendations and have had input from the Nanwakolas Council and Coastal First Nations.  In addition to reviewing public and stakeholder input, consultation with 12 other First Nations that have traditional territory in the Great Bear Rainforest will need to occur before the proposed land use order and any BMTAs/conservancy are finalized.

For a taste of the place, some Great Bear Rainforest eye candy: