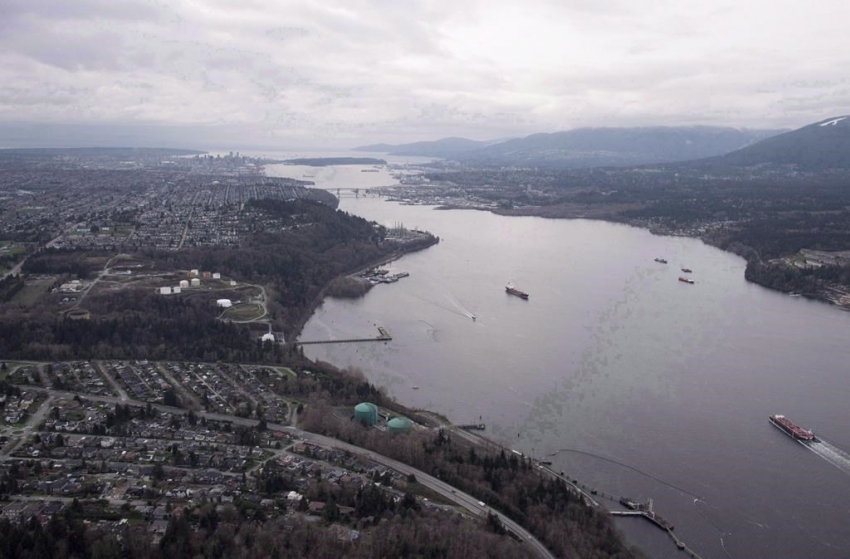 British Columbia has granted environmental approval to the expansion of the Trans Mountain pipeline.

The federal government gave its approval for Kinder Morgan Canada's $6.8-billion expansion of the pipeline late last year after the National Energy Board recommended it go ahead if 157 conditions are met.

Last month, Clark said five conditions it placed on the project were close to being met.

She said the government was still working with Ottawa on spill response and preparing to negotiate an economic benefits package with Kinder Morgan that reflects B.C.'s risks associated with the pipeline and increased tanker traffic.

The expansion would triple the capacity of the existing pipeline, which runs from near Edmonton to Burnaby, B.C., and increases tanker traffic seven-fold.

Environment Minister Mary Polak and Natural Gas Development Minister Rich Coleman acknowledge in a news release that the energy board has the primary responsibility for ensuring the project is developed, constructed and operated in a safe and secure manner.

B.C.'s approval comes with 37 conditions on top of the energy board's requirements, including the consultation of aboriginal groups, the development of a species-at-risk plan, and that a plan is established to mitigate and monitor the impact of the project on grizzly bears.

The provincial government also wants research conducted on the behaviour and clean-up of heavy oils spilled in freshwater and marine aquatic environments to provide spill responders with improved information on how to respond to pollution.

The ministers were required to release their decision on the project by this month to comply with a B.C. Supreme Court ruling that found the province needed to conduct its own environmental assessment instead of relying on the National Energy Board process.