It took a perfect storm of government regulation, a collapse in oil prices and a serious TransCanada misjudgment about taking on an iconic, beloved and photogenic threatened species to delay the pipeline. 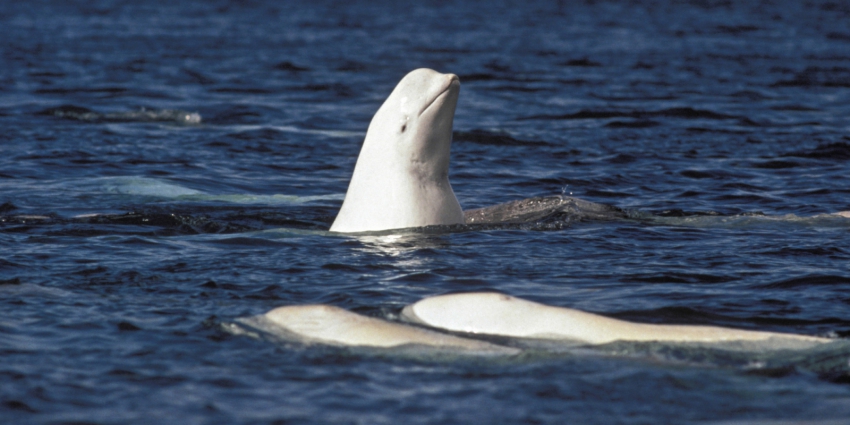 The well-being of small white whales in Quebec has forced TransCanada Corp (TCC) to raise the white flag.

The company that was forced to delay its controversial Keystone pipeline in the U.S. has now lost another round over plans for its huge all-Canadian pipeline project.

TransCanada Corp. announced Thursday it has cancelled its plan to build a major oil-export terminal on the lower St. Lawrence at Cacouna, Quebec, pushing the $12 billion, 4600-km Energy East pipeline’s completion date back two years to 2020.

Governmental and public concern over the impact of the installation on the area’s vulnerable beluga whale population proved impossible to overcome. The company says it is now “evaluating other options” for the Quebec terminal to receive and export some of the 1.1 million barrels of oil sands crude Energy East expects to pump every day.

Opponents are celebrating the decision and the related two-year delay in the still-controversial Energy East pipeline project.

But the environmentalists might want to hold off on the victory lap. The road to victory wasn’t paved by widespread grassroots protest. Rather, it took a perfect storm of government regulation, a collapse in oil prices and a serious TransCanada misjudgment about taking on an iconic, beloved and photogenic threatened species.

If B.C. has old growth forests and Newfoundland and Labrador have baby seals, then Quebec’s adorable environmental celebrities are belugas. Akin to dolphins, they speak their own language, they laugh, and they’re cute.

The Suzuki Foundation calls them ‘charming marine mammals with skin as white as snow.’ Not only are they favourites at zoos, they are the subject of children’s books and videos you can see on YouTube. They are used to promote whale watching and other forms or ecotourism.

The belugas' tragic story is well known in Quebec. Their numbers have been decimated by cancers and disease caused by centuries of heavy industry dumping pure, unadulterated toxic waste into to their habitat, the St. Lawrence River.

Hockey gods Wayne Gretzky and Mario Lemieux couldn’t even build a yogurt factory there if someone thought it might affect the belugas. So, whoever thought TransCanada could drop a monster oil installation there has a serious brain cramp that badly needs internal examination.

Did no one at the company ever have a child that listened to “Baby Beluga in the Deep Blue Sea”?

Baby Beluga performed by Raffi in the video above

The outcome was dictated, for once, by the relatively smooth operation of the environmental review process. Opposition to Energy East’s pipeline, once called ‘Keystone on steroids’, has not reached the formidable level of opposition to Keystone in the United States.

In fact, the Quebec government remains wide open to another offer at another site. They seem downright impatient for such a proposal. And there remains a strong, pro-pipeline sentiment in the province. Francois Legault of the Coalition for Quebec’s Future observes: ”We’ll be subject to the risks of the pipeline, but the benefits and the jobs will go to the Maritimes. I understand the need to protect the environment but we really need to get the maximum benefits possible.”

If TransCanada and Quebec City can’t find an acceptable alternative, that would leave Saint John New Brunswick as the sole transit point. The CEO of the Saint John Region Chamber of Commerce David Duplisea says he’s “ecstatic” at the prospect. The port already handles the equivalent of 179 million barrels and the COC estimates Energy East would boost the city’s GDP by at least $195 million.

Also in the fine print, TransCanada’s stock jumped more than one per cent on news of the back down. TCC shareholders may be the only ones acting rationally at this point. With oil prices in the dumpster, the last thing anyone really needs is a pipeline pumping high-cost crude. The delay from 2018 to 2020 may turn out to be the best thing that ever happened to TCC and the project, with an extra 24 month cushion to make sure prices have recovered.

A recent survey by Chicago-based McKinsey says that oil sands production needs US$75 a barrel to be financially sustainable.

As energy futurist Jeff Rubin has pointed out in a recent analysis for the Globe and Mail, even if authorities in Washington and Ottawa gave all the green lights tomorrow, the oil sands are not viable in the long run at this price point.

If commodity prices remain at these levels, “soon there might not be enough oil flowing out of northern Alberta to fill those new pipelines.”

See more
Take a vacation, save the planet