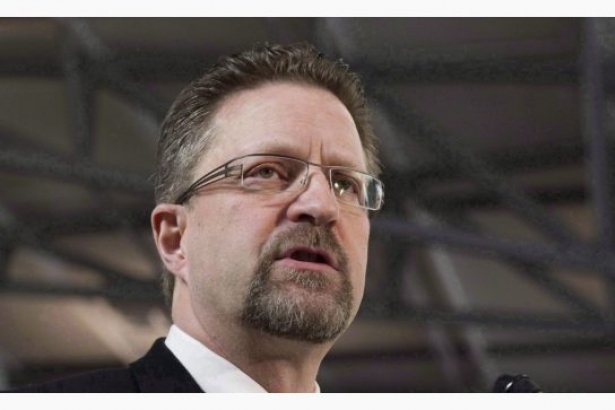 "Please accept this letter as formal notice of my decision to step down as Chair of the Security Intelligence Review Committee."

With that, Chuck Strahl stepped down as Canada's top spy watchdog.

The embattled head of SIRC came under heavy scrutiny after the Vancouver Observer broke the story on Jan. 4 that Strahl had registered as a lobbyist for Enbridge Northern Gateway.

After further research, Strahl was found to have done contract work for Enbridge since 2011, and APTN news found that he had also registered in Alberta as a lobbyist for an Frog Lake Energy Resources Corp (FLERC), energy company with financial ties to China.

Only earlier this week, the CEO of FLERC dismissed the controversy as a "tempest in a teapot", but things boiled over with Strahl's resignation.

Strahl defended his conduct, saying he had "fully compliant with all relevant rules and regulations, and have affirmed that all of my post-political activities were consistently appropriate and above board."

He said he had contacted the ethics commissioner's office on numerous occasions to give updates about his lobbying, and the office had always cleared him of conflict of interest.

But Strahl had registered to lobby for the Enbridge Northern Gateway only a month after news that Canada's main spy agency, CSIS, coordinated with the RCMP and the National Energy Board to spy on pipeline critics during the Northern Gateway pipeline hearings. Opposition leader Thomas Mulcair urged Strahl to quit his lobbying for Enbridge or his work as the chair of Canada's spy oversight agency.

"Despite the fact that my compliance with all relevant rules and regulations has been clearly demonstrated, I retired from politics three years ago and do not wish to be in the centre of the political fray," Strahl wrote.

"Nor do I want to be a distraction from the important work SIRC does everyday in ensuring the security of Canadians."