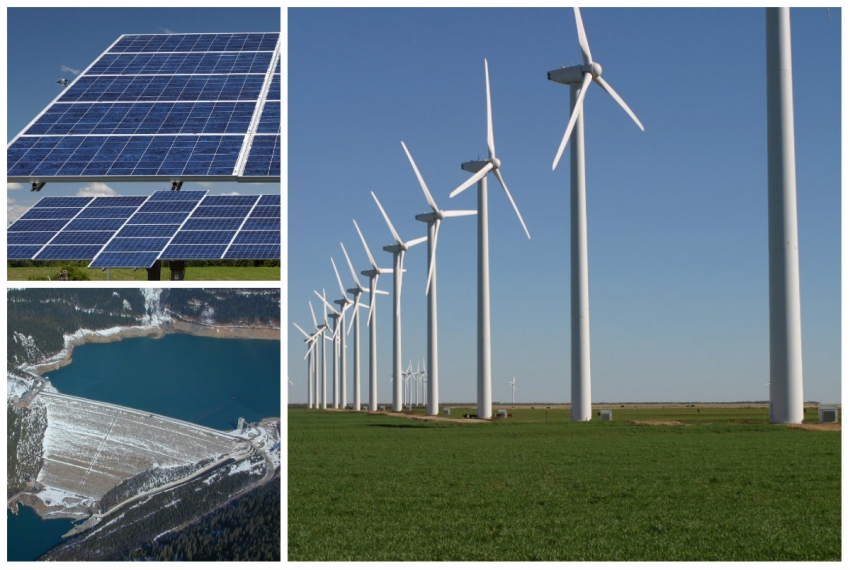 Solar panels in Thunder Bay (CP), the Mica Dam in BC (Wikipedia) and a windfarm (Clean Energy BC).

With Ottawa out for the count, it was the provinces who spearheaded the addition of a total 3.63 gigawatts in renewable power generation in 2014 and a rate of investment in green energy that was 88 per cent higher than in 2013, pushing Canada into a global ranking of sixth place for renewables development, according to a ground-breaking new report published by Clean Energy Canada on Sept. 17.

The full story can be read here at the National Observer.