Crocheted yarn spools with family messages were carried across the Douglas Channel in protest of oil tanker plans. 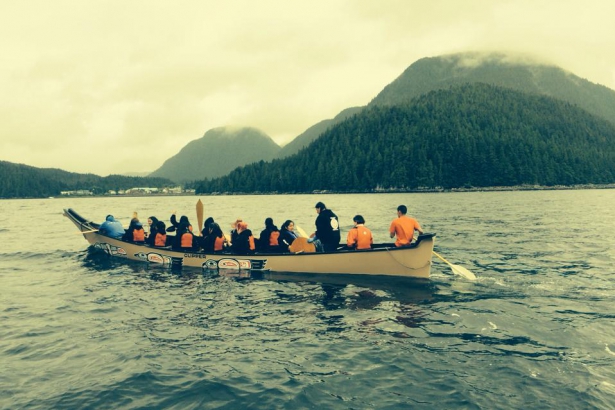 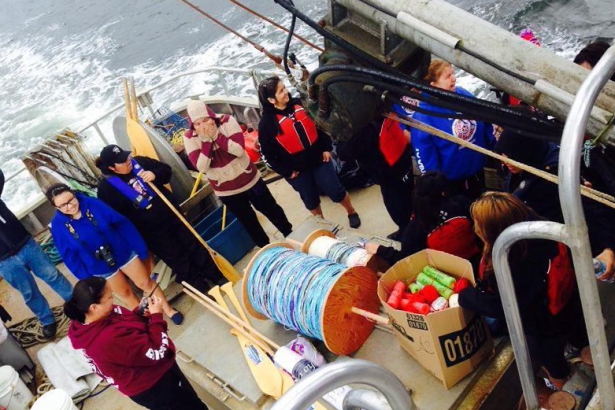 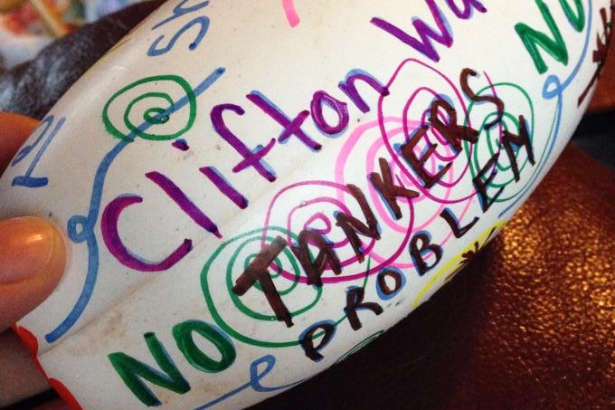 As a sign of what's likely to come for the embattled Northern Gateway project that was given federal approval this past week, a remote B.C. tribe staged a protest on the Douglas Channel waterway on Friday to show their opposition to oil tankers and oil spills.

Members of the Gitga’at First Nation stretched a crochet “Chain of Hope” across the channel as a symbol of their opposition to the Enbridge Northern Gateway pipeline, and its ecological risks.

A flotilla of community canoes paddled in the pouring rain, carrying a giant spool of multi-color crochet wool, interspersed with mementos and fishing floats with messages written on them. 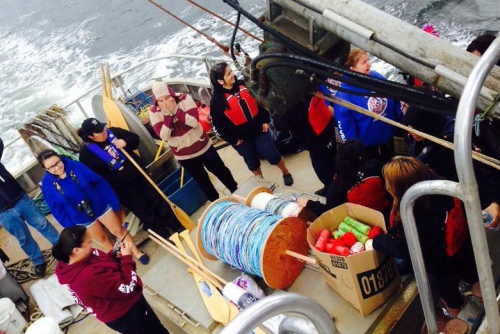 “The community came together and everyone crocheted, to show our full support for the Gitga'at way of life, to stand up for our coast, the whales, our traditions, our food and for the future Gitga'at that will use our territory for generations to come,” said Jodi Hill, a member of the Gitga'at First Nation and Chain of Hope participant, states a release.

“We stand today to take care for generations we will never meet, just as our ancestors stood up for us. The crochet line means something to us all now. We won't stand for Enbridge or the government that supports them."

The paddlers laid a crochet chain more than 11,000 feet long from Hawkesbury Island to Hartley Bay.

“This chain is made of wool, but it’s stronger than steel,” said Grand Chief Stewart Phillip, President of the Union of BC Indian Chiefs.

“First Nations will do whatever it takes to protect our communities from the dangers of oil spills because we have everything to lose. The BC and Canadian governments ignore this message at their own peril.” 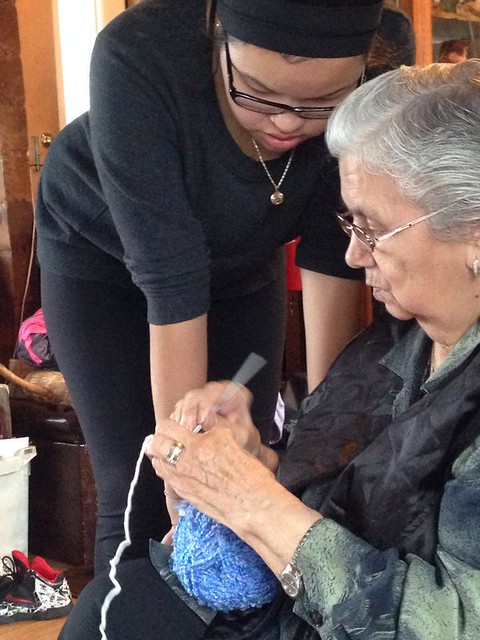 If the project is ever built -- and there are intense political and legal battles still unfolding to stop the project -- the Channel would be a conduit for 220 super tankers per year to export Alberta bitumen for Asian and California refineries.

The exported energy would be burned by consumers worldwide.

The Gitga’at First Nation lives in the heart of the Great Bear Rainforest on the North Coast of British Columbia, and say a single oil spill from one of these tankers could destroy the Gitga’at food supply and way of life, states a release. 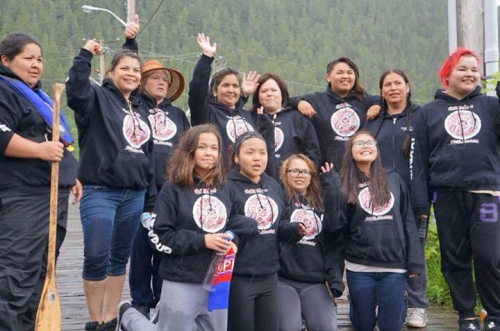