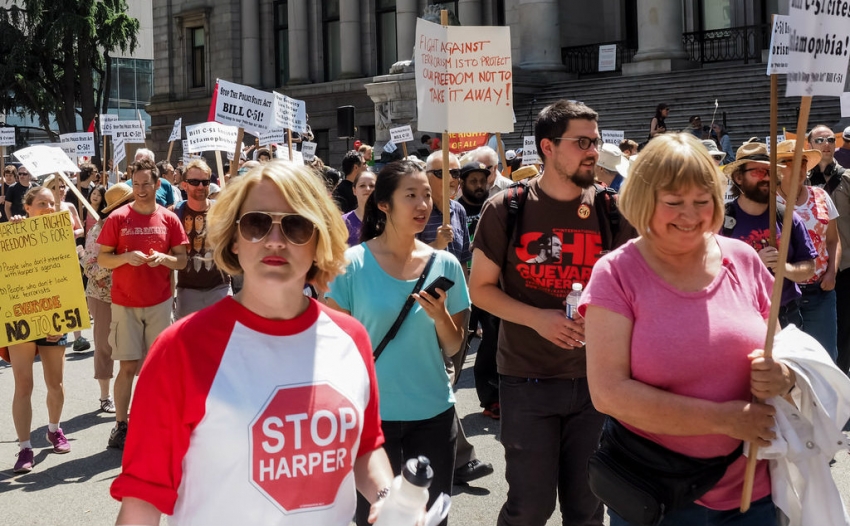 Editors' note: This online poll is among several that the Vancouver Observer and the National Observer will be running over the course of the next month. In this online poll by Justason Market Intelligence, 938 Metro Vancouver residents were asked who they would vote for in the election. Although economy is a top concern for voters overall in Canada, British Columbian voters consider environmental protection and democratic rights among their most important issues.

If it were up to Metro Vancouverites, the New Democratic Party would form the next government, according to a recent poll by Justason Market Intelligence.

The poll conducted September 1 - 10, 2015 found that 47 per cent of Metro Vancouver's decided voters would support the NDP.

The Liberals and Conservatives vie for second place at 23 per cent and 20 per cent respectively. The Greens receive 10 per cent support.

In 2011, the Conservatives easily won Metro Vancouver’s popular vote in the federal election with 43 per cent support. The NDP received 30 per cent while the Liberals came in a more distant third with 20 per cent.

NDP support is highest in the City of Vancouver with support from over half of voters (53 per cent). NDP support is similarly high in Burnaby/New Westminster (47 per cent). Even traditional strongholds on the North Shore and Fraser south communities (Surrey, Langley, etc.) may see a much tighter race than in 2011 when the Conservatives easily took the popular vote and seats in these regions.

How have alliances shifted since 2011?

Not everyone will vote the way they did in 2011. And the Conservatives, who have the most to lose, may be hit the hardest. One-third of 2011 Conservative supporters may divide their 2015 support among the NDP and Liberals and even Green.

In addition to what they will gain from other parties, the NDP are holding onto a few more of their 2011 supporters (79 per cent).

Even so, 14 per cent of their 2011 supporters may vote Liberal and a further 6 per cent tell us they will vote Green this time around.

While the Conservatives have the most to lose, the Liberals have been less successful than their rivals at holding onto their support. Half of 2011 Liberals supporters tell us they will vote NDP (42 per cent) or Conservative (5 per cent).

Strategic voting is directionally higher among Liberal and NDP supporters than among Conservatives. What party are strategic voters hoping to prevent forming government? For three-quarters (73 per cent) it’s the Conservatives.

If they couldn’t support their first choice, 31 per cent of decided voters would vote Liberal. NDP and Green are a second choice for 21 per cent and 20 per cent respectively.

Note that just 5 per cent of decided voters would consider Conservative as their alternative.

A breakdown of second choice: