The City of Vancouver has committed to public scrutiny of marijuana dispensary regulations. 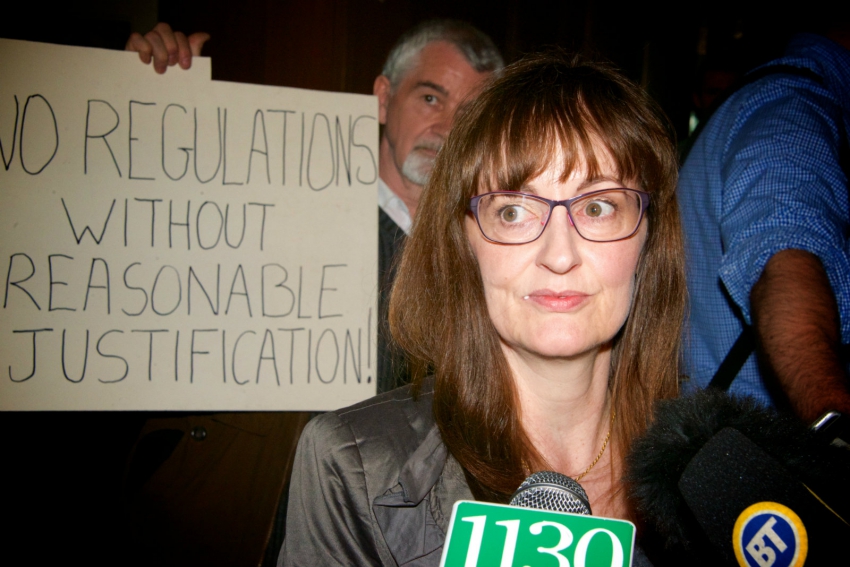 In a move greeted with cheers and applause on Tuesday, Vancouver City Council voted 10 to 1 in favour of referring proposed guidelines for medical marijuana dispensaries to a public hearing.

The vote was held at the end of a two-hour council session in which city manager Penny Ballem presented the framework of licensing processes and zoning requirements the city has proposed to rein in the rapid growth of marijuana businesses in the city.

In the presentation, Ballem noted that as a medical provider she was present in the early days when marijuana as medicine was first advocated. She said back then there was a lot of doubt, but now the use of marijuana therapies has been normalized.

While municipal powers do not regulate marijuana, Ballem said they do define the rules for businesses in the city and "through that window we’ve tried to create some order.”

Ballem told the council chamber the proposed rules are drawn from consultations with concerned public, dispensary operators and best practices in outside jurisdictions with marijuana businesses in operation.

Foundational to the regulations is a $30,000 licensing fee the city manager said will cover the cost of regulation and enforcement in the dispensary trade.

Critics argue the fee is too high when compared to other licenses and will signal the end for small business operators. 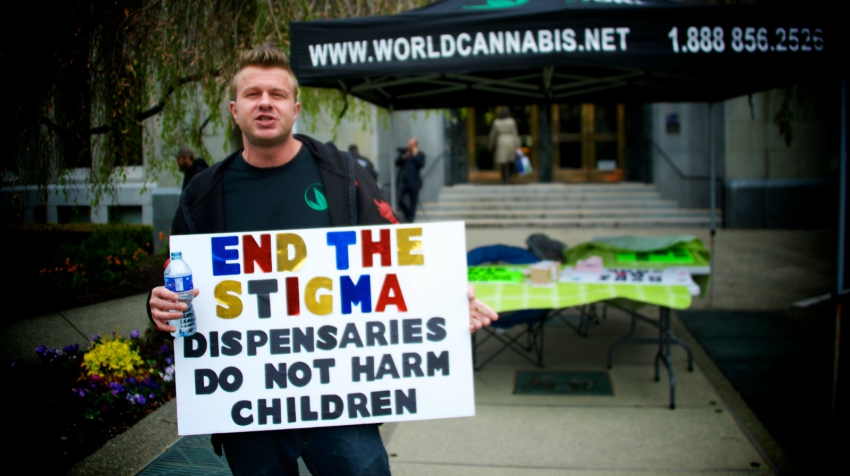 "This high fee will push a lot of dispensaries out of business," said World Cannabis activist network spokesperson Robert Moore.

"The demand does not go down because the store is gone. All that does is push people to buy their medicine on the streets."

Moore added the high price of registration will be punitive for non-profit compassion societies and small-scale providers, and that the proposal would force sick people to "smoke their meds" because edibles are prohibited.

"More than just the brownies some of us grew up with"

When questioned about the ban on edibles, city manager Penny Ballem said "these are more than just the brownies some of us grew up with."

Ballem went on to state edibles have been a major point of contest in emails sent to city council demanding regulations. She cited a recent report of 64 people who "overdosed" on marijuana edibles at Vancouver's 420 demonstration and said because the effect is delayed consumers are often tempted to consume too much.

According to Chief Medical Officer for Vancouver Coastal Health Dr. Patricia Daly, concerns about dosage and a lack of appropriate labelling led to the proposed ban. Daly said marijuana ingested through smoke presents a number of serious concerns, and the city would allow the sale of marijuana-infused cooking oils but not the cookies, gummy candies and other treats, often attractive to children, now sold at dispensaries.

"Ingesting marijuana is proven to be the most effective way for sick people to administer medicine," said Mary Jean Dunsdon a.k.a. "Water Melon," the host of a popular web-based cannabis cooking show called Baking a Fool of Myself.

On three separate occasions, Dunsdon was arrested on a charge of trafficking in marijuana resin for selling infused cookies on Vancouver's Wreck Beach. She was acquitted of all counts in separate trials and said in order to ensure public safety regulators should institute strict labelling on edible products:

"They can give people the oils, but if they don't know how to use them there will be problems," she said in a telephone interview with the Vancouver Observer.

"It's time to focus on education because prohibition will never work."

Location is a critical factor in the proposed regulations.

If implemented, city zoning officials will act to keep marijuana businesses away from institutions frequented by children, like schools or community centres, and to prevent high concentrations of marijuana dispensaries in a single area.

First opened in 1996, the BC Compassion Society (BCCS) is the longest-operating dispensary in Vancouver. Across the street is a private K-12 school. The school opened in 2000. Under proposed regulations there is no provision for dispensary locations that pre-date institutional neighbours.

"We've never had a problem with the compassion club," said Sarah Scott, a spokesperson for Stratford Hall, the school across the street from BCCS.

For their part, BCCS spokesperson Jamie Shaw said they welcome regulations meant to protect all stakeholders in the equation.

According to Shaw the BCCS maintains an "excellent" relationship with the school and many community members have contacted them "offering support to speak up for us."

Shaw added keeping marijuana out of underage hands is very important to the BCCS, and the society takes an active role in educating children on marijuana.

"We only serve members," said Shaw.

"When the students come into the dispensary, it's for a tour with their class."

Under the proposed rules, all applicants will be allowed a maximum of one business license and must submit to a criminal record check.

The date of the public hearing has yet to be announced.