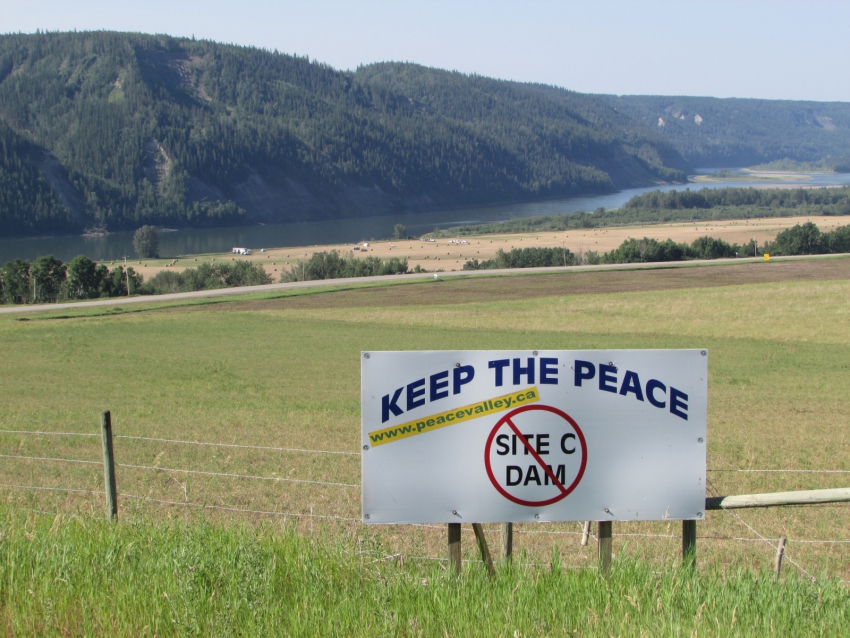 Today, the Peace Valley Landowner Association (PVLA) announced that they have served a Petition for Judicial Review on the Ministers of Environment and of Forests, Lands and Natural Resource Operations.  The petition asks the BC Supreme Court to quash the provincial Environmental Assessment Certificate granted Oct. 14 to BC Hydro for the Site C Dam Project.

Next week, PVLA will launch a second Petition for Judicial Review to ask the Federal Court to quash the federal Minister of Environment's Decision Statement approving the Site C Dam Project.

"Provincial and federal environmental approvals for the $8 billion Site C Dam project are seriously flawed and must be set aside.  Relevant findings and recommendations of the Site C Joint Review Panel were not considered by the decision makers.  Proven adverse impacts of the Site C Dam were not justified.

Our members, many of whom have lived in the Peace River Valley for generations, are not prepared to allow the remainder of the valley to be destroyed on the basis of flawed environmental approvals.  We are also BC ratepayers and taxpayers who are deeply concerned about the cost and impact of this project on BC Hydro rates and the provincial debt.

We have reluctantly concluded that a court challenge is the only way to ensure that a decision by the BC Cabinet on the Site C Dam is not based on flawed environmental approvals."

The twice-shelved Site C dam project received federal and provincial environmental approval earlier this month. The BC Cabinet is now meeting in camera to decide whether to give the Site C dam project its final approval.  Meanwhile, BC Hydro is proceeding on the basis that construction of Site C will begin in January 2015, subject to receiving final authorizations.

BC Minister of Energy Bill Bennett has indicated the Site C Dam decision is of interest to all BC ratepayers and taxpayers because of its potential impact on BC Hydro rates and the province's debt.