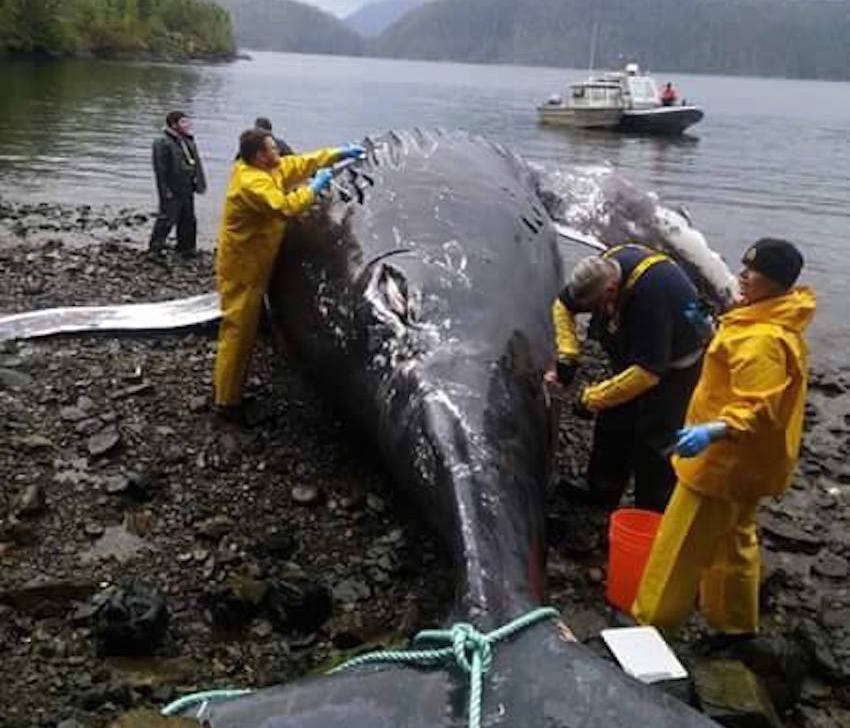 A necropsy has been completed on the latest humpback whale to drown while trapped underwater by fish-farm equipment off the British Columbia coast.

Fisheries experts say it could take much longer to determine why these creatures are becoming entangled.

Fisheries and Oceans Canada marine mammal co-ordinator Paul Cottrell said preliminary results of the necropsy should be available in a few weeks, but a final report could take months, depending on the tissues studied.

An investigation was launched Nov. 26, a day after the juvenile humpback was entangled and drowned between the inner and outer containment nets of the Grieg Seafood facility in Nootka Sound, on the west coast of Vancouver Island, Cottrell said.

"This is a record year for entanglements, (in) 2016, we are up to 22 already," he said, referring to figure for the West Coast. Six of the whales were saved, he added.

An average year would see 10 to 15 whale entanglements, according to a Fisheries Department release.

Cottrell said the increase could be due to a combination of the remarkable resurgence of humpbacks in B.C. waters or better reporting from the public about whales in trouble.

A third humpback was badly cut but survived in September, when Cottrell joined First Nations and workers at the same Bella Bella-area fish farm in a hours-long struggle to free the exhausted, rope-entwined animal.

"That was because we were notified immediately, were able to get the disentanglement team together, get up that and rescue the animal," Cottrell said, referring to the 1-800 number his team relies on for quick word from the public about whales in distress.

Prior to the November deaths, entanglements at fish farms were extremely rare and mostly involved gear from gill net fishing boats or shellfish trap lines, the Fisheries department said.

Surprise testimony: Fish farms may not be the culprit in Fraser sockeye collapse