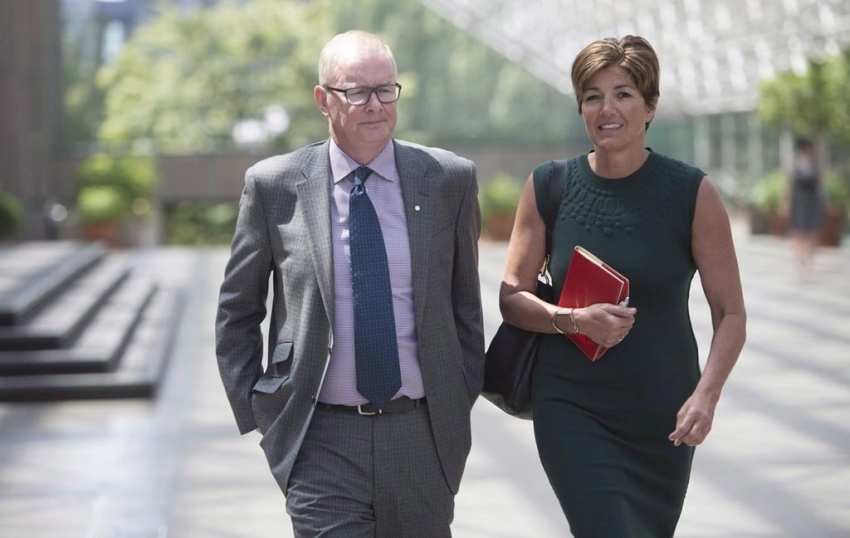 VANCOUVER — A journalist's articles about former Vancouver Olympics boss John Furlong were an attack on his reputation, a judge has ruled in a scathing decision tossing her defamation lawsuit.

Laura Robinson reported allegations by eight First Nations people that Furlong abused them more than 40 years ago without verifying their stories or ensuring they weren't contaminating each others' memories, the judge found.

"Rather, the publications constitute an attack by Ms. Robinson on Mr. Furlong's character, conduct and credibility."

Robinson had accused Furlong of publicly portraying her as unethical, heartless and cruel in an attempt to discredit her 2012 article published in the Georgia Straight.

She obtained sworn affidavits from eight people claiming to be former students of a northern B.C. school where Furlong was a gym teacher in 1969 and 1970. They alleged he beat them and taunted them with racial slurs.

But in a 97-page decision, the judge found numerous flaws in Robinson's reporting. She ruled Furlong wasn't motivated by malice and he was protected by qualified privilege, meaning he had a right to defend his reputation.

Furlong said the ruling meant he could finally look toward the future and rebuild his career in Canadian sports. He thanked his friends, family and supporters for standing by him.

"In my heart, from the day this nightmare started, I knew truth would prevail. Now it has," he said in a statement.

"What happened to me should not happen to anyone. I'm relieved this nightmare is over and that my family, friends — and others in difficulty — can see in a matter such as this it is possible to prevail and survive."

Robinson said in a statement that she would have preferred a different result and will take time to review the decision with her lawyer before she considers her options.

"What I will say is that I fought this case through trial because I believe that freedom of speech and freedom of the press are vital to an open and democratic society."

She said the three-year battle has taken a great toll on her physically, emotionally and financially, and thanked those "who had the courage" to tell her about their past.

In her decision, Wedge said none of Robinson's sources came forward on their own. The journalist circulated a written notice in Burns Lake stating she was looking for people who were abused by Furlong.

By revealing the subject of her investigation and the identity of the alleged abuser, Robinson ran the "significant risk" of witnesses contaminating each others' memories, the judge said.

"They may well have believed their stories, but the issue is whether their memories of childhood trauma, related some 40 years later, were reliable in the sense of being accurate recollections of their experiences with a particular person."

Robinson had no independent information to verify the students' allegations, and didn't confirm they attended Immaculata School where Furlong taught, apart from obtaining one student's report card, the judge said.

After three of her sources filed lawsuits accusing Furlong of sexual abuse, judges found that two of them did not attend the school in 1969 and 1970 and dismissed their cases. The third case was dropped.

The Georgia Straight story did not include sexual abuse allegations. But the judge found the claims originated in a separate article written by Robinson and published on the Anishinabek News website the same day.

Furlong has vehemently denied all abuse allegations. At a news conference on Sept. 27, 2012, the day the articles were published, he said he had earlier been told that for a payment of $5,000 he could make it "go away."

Robinson said this comment implied she had been part of an extortion attempt.

The judge ruled that someone hearing his words could have made that connection, but it wasn't explicitly stated.