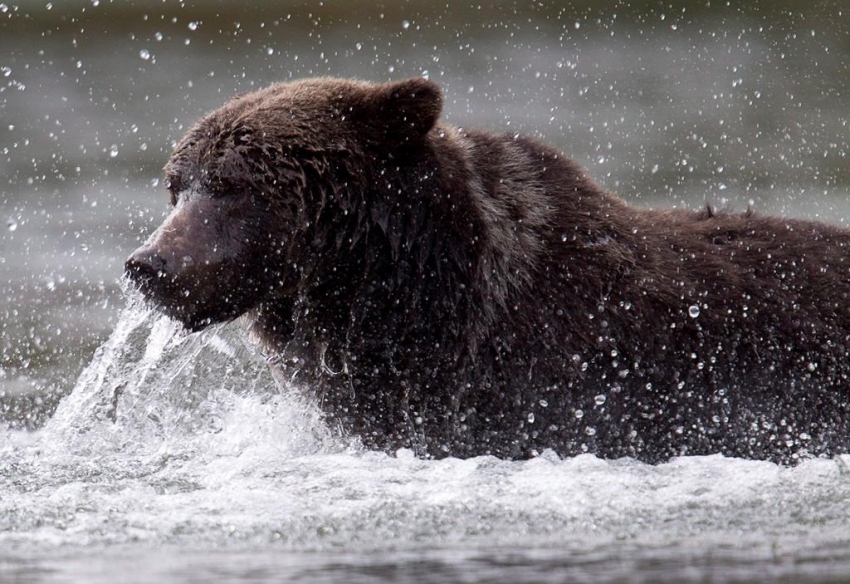 A loss of habitat, decline in food sources and an annual, government-sanctioned trophy hunt is threatening the long-term survival of British Columbia's grizzly bear population, says a new report.

"Basically, what we found is that British Columbians on the whole really seem to care about the grizzly bears," Michael Audain, chair of the organization, said in an interview.

"But we fear for the future. We fear that there are dark days ahead for the grizzly bear in British Columbia if we don't really take some action."

B.C. is home to the second-largest population of grizzly bears, after Alaska. Their historic range has shrunk to northern and western mainland Canada and Alaska after previously spanning from northern Mexico to the Arctic, and from along the west coast to central Ontario and the American Midwest.

The report organizes its recommendations into three main areas — education, conservation and research — and directs its proposals to local, provincial and federal governments.

Audain zeroed in on childhood education as an especially important area, noting that one of the recommendations suggests developing educational material for elementary school kids.

"I think there's a major need for education, particularly education for children about grizzly bears, that they are not necessarily the ferocious animal that myth has created, but that bears are part of the wilderness landscape," he said.

"They've been here for 50,000 years. They have some right to exist," he added. "But if we're going to crowd them out, if we're going to not allow them to get the foods they need, then we will gradually, over the decades to come, lose this species."

Other areas of priority include collaborating with First Nations on conservation efforts, reaching out and collecting expertise from people already engaged in grizzly bear-centred initiatives, and establishing an advisory committee to direct future research.

A more controversial practice the report recommends abolishing is the provincially sanctioned trophy hunt, which Audain said sees about 300 bears killed every year, out of an estimated total population of about 15,000.

The report also emphasizes opportunities to promote conservation in the tourism industry, pointing toward outfits that cater to taking visitors to view the animals in their natural habitat.

Audain established the Grizzly Bear Foundation in 2016, inspired by an up-close encounter with a mother bear and her three cubs during a visit to the Great Bear Rainforest, along the province's coast.

The foundation established a board of inquiry made of Audain and two fellow board members, retired public servant Suzanne Veit and Vancouver businessman Stuart McLaughlin. The trio met with government and scientists, and launched a series of public hearings across the province last September.

BC NDP announces policy to ban trophy hunting of grizzlies