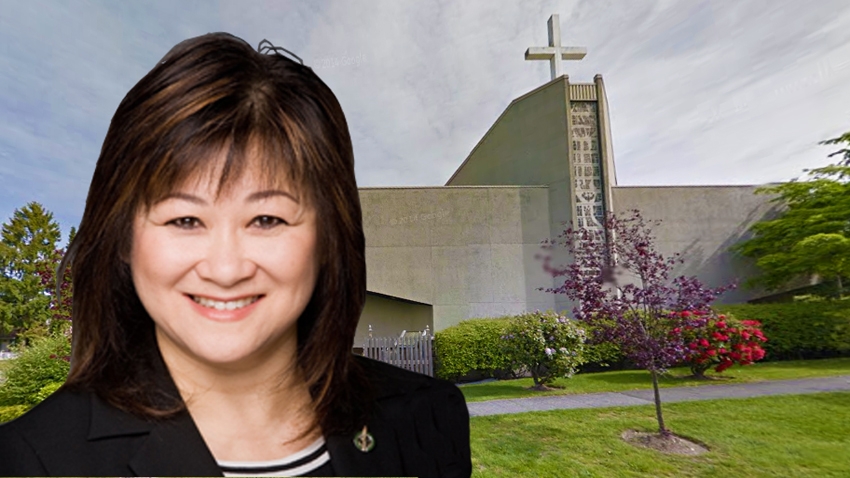 “Essentially the Conservative government has gone after the top charities in the country who express any opinion on an issue they don’t like," charged Harvey McKinnon, an advisor for national and international charities and foundations. “They’re using the CRA to harass organizations where there is anything that would be perceived as different from Conservative Party policies."

But when it comes to advancing the Harper government policies, he explained, "They’re willing to put forward their political positions in front of charitable organizations and encourage them to promote these... Conservative Party positions. They are hypocrites.”

Meanwhile Debra Bowman, minister of Vancouver’s Ryerson United Church, took exception to Young's "flouting" of the CRA guidelines for registered charities in an interview with the Vancouver Sun.

“I really hope someone will track whether (such churches) come under the same financial scrutiny that many justice-environment-church groups have been experiencing,” she said.

As a registered charity, the Harvest City Church is forbidden to engage in partisan political activity, which the CRA defines as “one that involves direct or indirect support of, or opposition to, any political party or candidate for public office.”

Where waters become murky, explained Canadian charity law expert Mark Blumberg, is in determining whether Young's comments were partisan, and whether the church participated in partisan political activity by hosting her.

“This is a little bit more of a quirky case as opposed to some of the ones that are more clear-cut,” said the lawyer, who is also an executive of the Canadian Bar Association’s National Charities and Not-for-Profit Law Section.

“Basically, to what extent is it legitimate comment by a member of parliament... versus something that is inappropriate? One would have to look at the full context and see what the story is.”

An example of clear-cut partisan political activity would be if the church’s pastor told the congregation to vote for a certain candidate, he added, but it’s not necessarily a problem that an MP made an appearance and expressed a political opinion.

“I wouldn’t be too focused on an individual speech by a particular person,” said Blumberg, “but this case (the charity) went further… they put it up on the web.”

The church did indeed post Young’s entire lecture on its YouTube channel under the title, Influencing the Nation.

Given that the channel has no other speeches from political candidates in its recent history, Blumberg said it could be seen as partisan support.