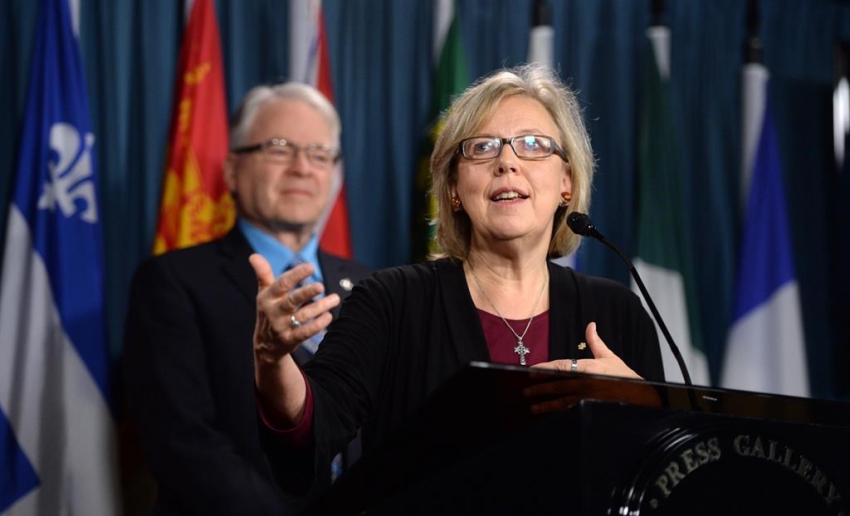 A handful of proposed government amendments don't alleviate Green party Leader Elizabeth May's concerns about what she calls a dangerous and undemocratic bill.

May said Monday she plans to present five dozen amendments when the House of Commons public safety committee begins examining the 62-page bill clause-by-clause on Tuesday.

The NDP and Liberals have also called for changes to protect civil liberties and improve oversight of security agencies.

The government bill, tabled in response to the murders of two Canadian soldiers last October, would give the Canadian Security Intelligence Service more power to thwart suspected terrorist plots — not just gather information about them.

It would allow CSIS to violate the Charter of Rights and Freedoms with a judge's permission, expand the sharing of federal security information, broaden no-fly list powers and create a new criminal offence of encouraging someone to carry out a terrorism attack.

In addition, the bill would make it easier for the RCMP to obtain a peace bond to restrict the movements of suspects and extend the amount of time they can be kept in preventative detention.

Sources have told The Canadian Press the government plans to introduce four changes to clarify or curtail elements of the bill, including an assurance the information-sharing powers do not apply to protesters who demonstrate outside the letter of the law.

But the amendments do not remedy several key concerns of opposition MPs and rights advocates.

"The reality is this bill will make us less safe," May told a news conference.

She denounced the legislation as vague, badly drafted and, ultimately, "dangerous garbage."

The NDP and Greens plan to vote against it, while the Liberals intend to support the bill despite their desire to see changes.

"I still hope the bill can be defeated," May said.