Three mountain pit vipers were inside a package destined for Manitoba. 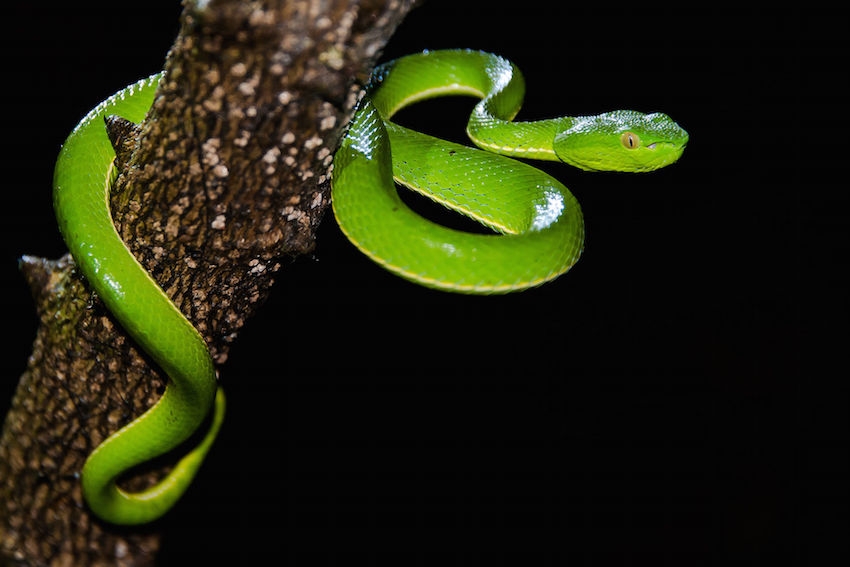 A slithering surprise was discovered in a package mailed from China at a Canada Post distribution centre in British Columbia last week.

Insp. Murray Smith said the service received a call from the Richmond mail branch reporting the discovery of live snakes.

Two of the snakes were already dead, while the third had escaped its container and was found loose in a larger box.

The surviving snake was successfully caught and is being handled by specialists.

Deputy Chief Chris Doyle said the vipers are dangerous and no antivenin exists for the species in Canada.

Although the snakes are illegal under B.C.’s Wildlife Act, Smith said laws pertaining to exotic animals are different in other areas of the country.

Conservation officers have encountered many instances of people possessing exotic creatures, but Smith says this was the first time he heard of animals showing up in the mail.

"Obviously somebody in Canada Post didn’t think this was right. It makes me think it was very much out of the routine," he said.

Officials are investigating whether anyone in B.C. is connected to importing the vipers.

Once the investigation is complete, Smith said officials will determine the fate of the striving snake.