'This isn't who we are': Trudeau condemns pepper spraying of Syrian refugees 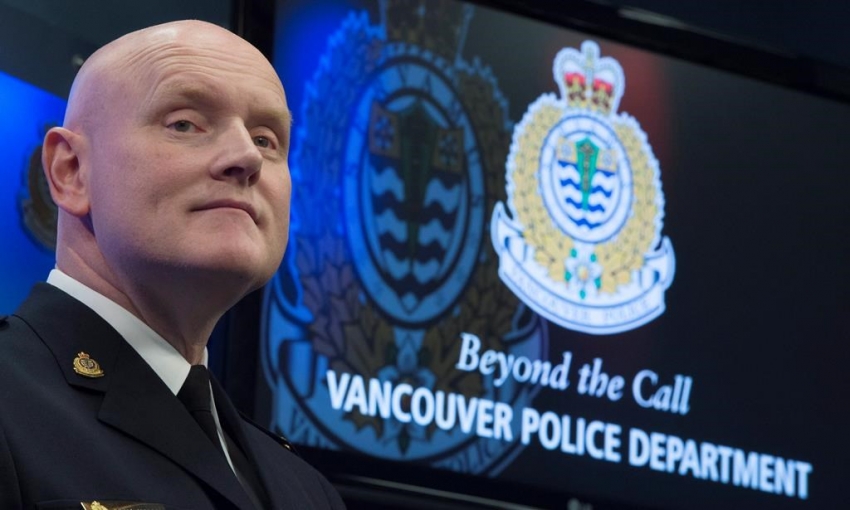 Canadian political leaders including Prime Minister Justin Trudeau are condemning the pepper spraying of some Syrian refugees in Vancouver, which police are treating as a hate crime.

Police said the incident happened Friday night when more than a dozen people had gathered outside the Muslim Association of Canada Centre during a "welcome night" for newly arrived Syrian refugees. A man wearing a white hoodie apparently rode by on a bicycle and sprayed 15 to 30 people, police said.

"This isn't who we are — and doesn't reflect the warm welcome Canadians have offered," Trudeau posted on Twitter on Saturday.

Nawal Addo said she was standing outside with some refugees who were waiting for a bus when suddenly everyone began to cough and feel their eyes burning.

"We saw people coming out from the building and they were in worse condition than us," she said. "Their eyes were really puffed up. They weren't able to open their eyes."

She said it appeared the fumes had gotten inside the entrance, where it affected people more powerfully inside the enclosed space. Some were children, including a girl who was about two years old, Addo said.

About 20 to 30 people were affected, some were vomiting and a few had to be taken away by ambulance, including the toddler, she said.

She said she didn't see the man on the bicycle.

"There was only one witness and he didn't even see his face," she said.

She said the welcome night was the first social event in Canada for many of the newly arrived refugees. They had a "very nice" evening getting to know one another over dinner, she said.

Addo, a 16-year-old of Syrian background who grew up in Canada, said she doesn't want to assume the worst.

"I hope it wasn't a hate crime. You never know, maybe it was just a nut case that was going around. But if it was, then I'll just say that Canadians should know better."

Vancouver Police Sgt. Randy Fincham said no one has been arrested.

"Although the motive for the pepper spraying is unknown at this time, investigators are treating it as a hate motivated crime, until determined otherwise," he said in a news release.

"Last night's attack on refugees is intolerable, regardless of motivation," Clark tweeted. "Please join me in condemning it, and welcoming new Canadians."

McCallum said he was appalled when he heard of the incident.

"Canadians know that this incident is an affront to our values as a nation, and is at odds with the overwhelmingly positive welcome that Syrian refugees have received in communities across our country," he said in a statement.

"I would also like to assure recently arrived Syrian refugees that those who gathered last night to support and welcome them embody the Canadian spirit. This attack in no way represents their new home."

The government has committed to welcoming 25,000 Syrian refugees to Canada by the end of next month. Thousands have already arrived.