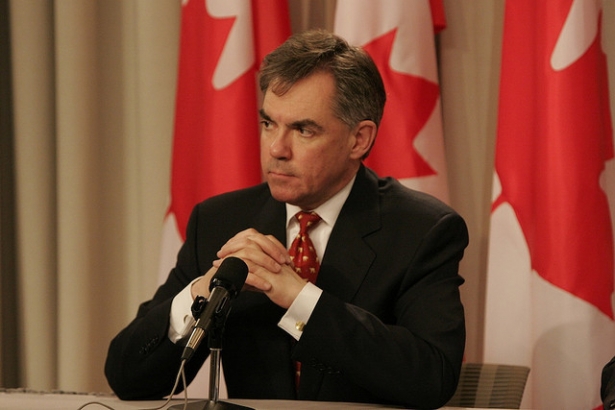 Grand Chief Stewart Phillip said former cabinet minster Jim Prentice's bid for Alberta's Progressive Conservative party leadership could be a sign that he's giving up on working as a liaison between Enbridge and BC's First Nations.

“[Prentice] was beating a dead horse with his efforts to resuscitate the Enbridge Northern Gateway pipeline project," BC Grand Chief Stewart Phillip said. "I think that being premier of Alberta was much more attractive than continuing.”

It was less than two months ago that Enbridge appointed Prentice, former Minister of the Environment as well as Minister for Indian Affairs and Northern Development, to negotiate with First Nations opposed to Northern Gateway and attempt to bring them on board.

Phillip said he suspects the move is purely opportunistic. After several months of talking to the steadfast opponents of the pipeline, Phillip said, Prentice must have realized that any attempt to sway the province’s First Nations, especially those on the coast, was a lost cause.

But he doesn’t think anything will change, even if Prentice is elected Alberta's premier.

“I really don’t think it’s all that significant in terms of having any impact on the position taken by the First Nations in BC that are eminently opposed to the Enbridge Northern Gateway pipeline proposal. It’s not going to change anyone’s mind,” he said.

Prentice's spokesman said what will happen with his work for Enbridge will become clearer in the days ahead.

Reactions in BC to the news ranged from positive to wary. Coastal First Nations executive director Art Sterritt, for instance, met with Prentice several times over the last few weeks, and said he made it clear that no amount of dollars would convince coastal First Nations to side with Enbridge. Sterritt hopes Prentice will carry that message to the provincial government.

“The short answer is, we’re pretty happy that Jim has decided to run for the job,” Sterritt said.

“I think a person who has a better understanding of how First Nations, at least on the coast of BC, are opposed to Northern Gateway, I think that serves us well,” he said. “It was our hope that he would have had the opportunity to enlighten the proponent, Enbridge and others, about what they would have to do in order to move the project forward. But obviously he’s moved on from that now and he’s going to be able to do the same with the Government of Alberta.”

Sterritt said Prentice is a smart man and politically astute, and it’s no surprise the PC party is embracing him. Sterritt also said Enbridge will certainly stay within earshot of Prentice’s opinions on the project, regardless of his position in government.

Dave Hancock is the interim premier in Alberta until the province votes on a new leader in September.