John Furlong warmly received at fundraiser after initially being uninvited 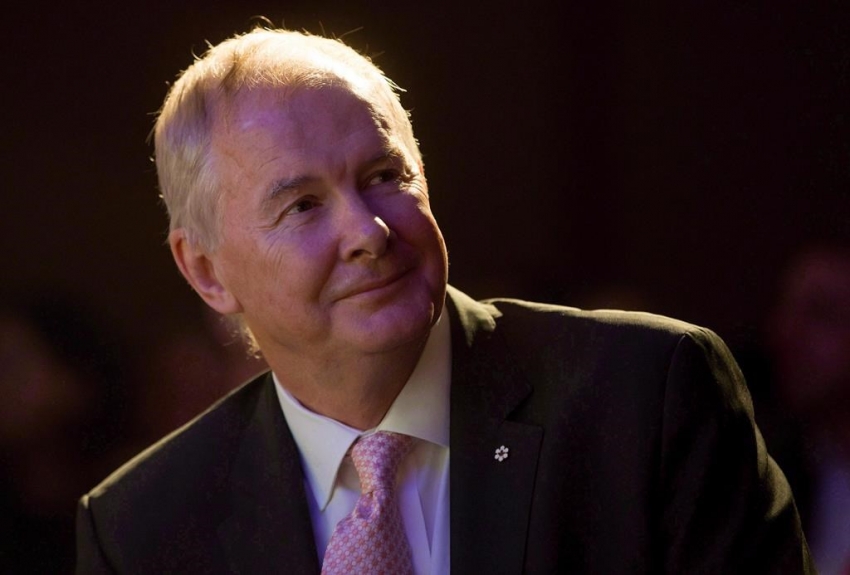 John Furlong speaking at an event in UBC that was initially cancelled due to abuse allegations against him. Photo courtesy The Canadian Press.

Former Vancouver Olympics CEO John Furlong received a standing ovation at a University of British Columbia fundraiser Tuesday while a handful of protesters gathered outside to draw attention to abuse allegations against him.

Furlong said in his keynote speech to student athletes that in times of hopelessness and despair, when you feel like the walls are caving in, the only thing that you can rely on is the truth.

The university initially cancelled his speech in December after a graduate circulated an open letter saying the decision to invite Furlong silenced First Nations people in Burns Lake, B.C., who have accused him of abuse.

Furlong has vehemently denied the allegations contained in a 2012 newspaper article that he beat and taunted aboriginal children while working as a gym teacher in the northern community in 1969 and 1970. Journalist Laura Robinson later lost her defamation suit against Furlong, with a judge ruling her reporting constituted an attack on his character.

University president Santa Ono later apologized to Furlong and reinstated him as speaker. Ono called him an "icon" on Tuesday and thanked him for "graciously bearing with us over the last few months."

About a dozen protesters gathered outside Vancouver's convention centre holding signs that read "It's time to listen" and "We stand with the Babine Lake survivors," referring to a First Nations community in Burns Lake.

The only indigenous professor on a committee that worked on a new sexual assault policy at the university recently resigned from the group after the school decided to allow Furlong to speak at the fundraiser.

Furlong has said the school's decision to cancel the speech caused him and his family "deep hurt and embarrassment."

Claire Hunter, a lawyer for Furlong, said last month that he has consistently stated he is innocent and pointed to the ruling in Robinson's case, which included testimony from a nun who said Furlong was "kind and respectful" to students and she never saw him use the strap.

Furlong dropped his defamation suit against Robinson, so the allegations contained in her article have not been tested in court.

Waiting to be Heard: Claimants versus John Furlong