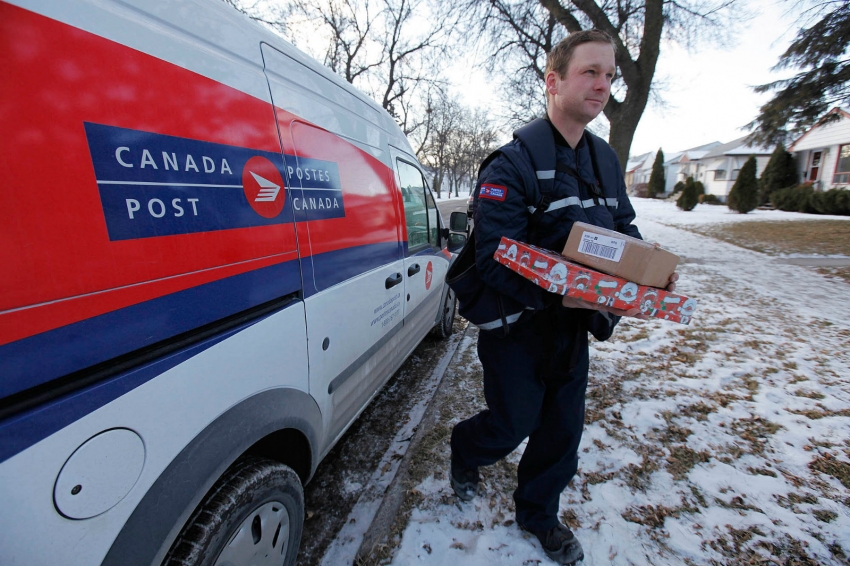 OTTAWA — Canada Post's plan to end home mail delivery would become a dead letter if the NDP were to win the federal election this fall.

The post office is in the second year of a controversial five-year plan to phase out door-to-door delivery for more than 5 million households.

Alexandre Boulerice, the NDP's post office critic, says a New Democrat government would terminate the phase-out plan and restore service to those households that have already lost their home mail delivery.

The announcement follows a decision earlier this week by some Montreal-area mayors to join a court challenge against the phase-out of home delivery.

The mayors argue the move is unconstitutional and are hoping to turn it into a federal election issue.

The court challenge is spearheaded by the Canadian Union of Postal Workers but several groups representing seniors and disabled Canadians have joined it.

Canada Post, meanwhile, is also at legal loggerheads with the city of Hamilton over what the post office argues is its right as a Crown Corporation to install community mailboxes on municipal property.

Assailed by complaints about privacy, safety, traffic congestion and litter, the city passed a bylaw requiring Canada Post to obtain the city's permission, and a $200 permit, to install each community mail box. The post office has gone to court in a bid to have the bylaw invalidated.

Hundreds of other municipalities have also complained about the transition to community boxes, which have served suburban areas for decades.

Canada Post argues that the move is necessary for the Crown Corporation to remain financially sustainable as the volume of mail declines. It is also cutting up to 8,000 jobs.

However, the NDP maintains the move is unnecessary and means Canada is en route to becoming the only major industrialized country without any home mail delivery. The party wants Canada Post to look at how other countries have managed to operate profitable postal services without ending home delivery.

The party believes the post office can generate new sources of revenue by, among other things, tapping into the growing market for online shopping.

Canada Post turned a profit of $194 million before tax last year. In 2013, the year in which it announced the phase-out of home delivery, the post office posted a before-tax loss of $125 million.