In those early meetings, anger and tension blocked every attempt at progress.  But over 19 years, enemies became friends and joined forces to try and save B.C.'s greatest natural treasure. First in a series.

A Spirit Bear with her black cub in the Great Bear Rainforest, photo by Max Bakken

After decades of conflict and tense meetings where nerves frayed, news of whether environmental groups, First Nations, the logging industry and government have finally settled the fate of the Great Bear Rainforest may break as soon as Monday.

To fully appreciate what a momentous moment this is for B.C. and those facing environmental conflicts around the world, one needs to start at the beginning.

It was the first Traditional Land Use committee meeting dealing with the Great Bear Rainforest in northern B.C. and everyone, unsure where to begin, decided the next person to show up would be the chairman.

Spanning 64,000 square kilometres along British Columbia’s Central and North Pacific Coast, the Great Bear Rainforest was one of the largest unspoiled temperate rainforests in the world, and the centre of a heated battle between industry and environmentalists.

Dallas Smith, whose imposing stature is countered by his cheerful smile, was just 23 at the time. He wandered in late eating a sandwich and was assigned the job. His community, the Tlowitsis Nation on Turner Island,  lacked the capacity and resources to respond to the endless demands made by industry and government so he was happy to help where he could.

It was supposed to be a short-term gig, a two year deal that gave him a way to make some money and gain a bit of experience before heading off to university.

Twenty years later, Smith, now President of the Nanwakolas Council, is still on the job.

Sitting across from me wearing a sweatshirt and a baseball hat, Smith holds his grinning 18-month old daughter Amelia and talks about how that first meeting turned into a career and became a key component of the Great Bear Rainforest Agreement, an exhaustive consultation process now nearing completion.

After four years of global environmental campaigns and 15 years of often tense negotiations, representatives from the forest industry, environmental groups, First Nations and government are now about to take the last crucial step from negotiation to implementation and legislation.

“Most of government, 'big G' government, thinks the Great Bear Rainforest is done. We announced it, they announced it 20 times, they all got lots of podium time about it… the hubbub is kind of over," said Smith. "But what the general public doesn't know is that it all has to be implemented now.”

If finalized, the agreement will distinguish the province by protecting not only a massive tract of rainforest, but also salmon rivers, bears and wolves. It's home to the iconic "Spirit Bear", a white bear revered by First Nation cultures, found nowhere else on the planet.

It will also be an agreement that is unique in the world, with conflicting parties coming together to keep an ecosystem intact. 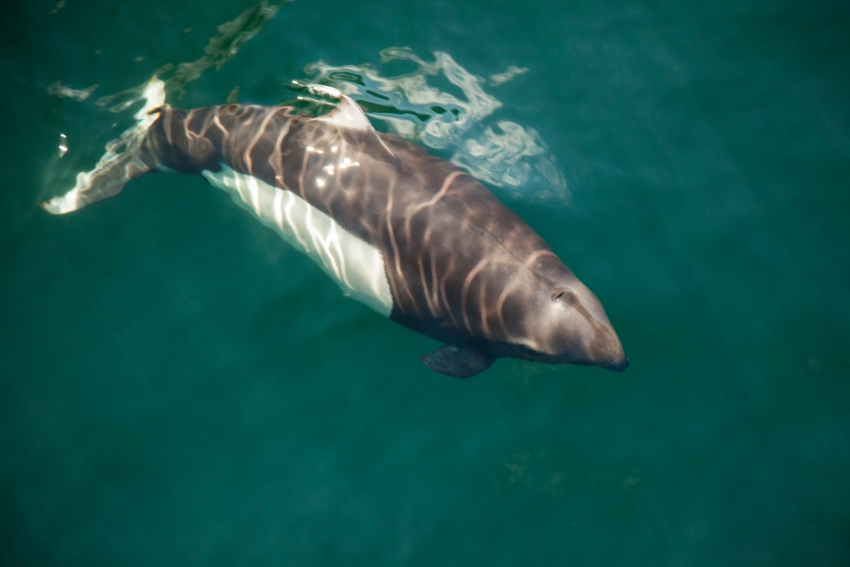 Porpoise swimming along the coast of the Great Bear Rainforest, photo by Max Bakken

"What’s going on right now is a tremendous amount of work,” said Valerie Langer, director of B.C. forest campaigns at ForestEthics Solutions. "There's an unbelievably busy schedule of policy writing, drafts of legislative language and meetings between all the parties."

"The province is poised to seize this moment -- Maybe Premier Clark thinks it was somehow part of the Campbell legacy that she didn't want to be a part of, but it's totally theirs (the Clark government's) to seize. This is an opportunity of a global scale." 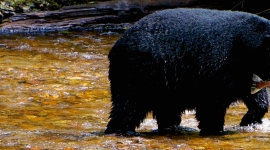 British Columbia's Great Bear Rainforest is part of the largest remaining coastal temperate rainforest on Earth. The Vancouver Observer team journeyed there this fall, learned much about its promise...
Support this report