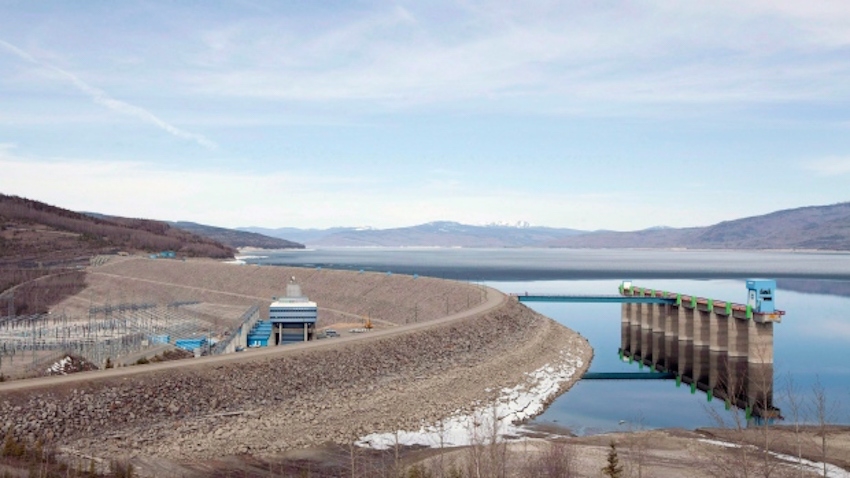 File photo of The W.A.C. Bennett Dam on the Peace River from April 19, 2010 in Hudson's Hope, B.C. Photo by Jonathan Hayward/The Canadian Press.

Alberta's loss is British Columbia's gain as fears of labour shortages for the construction of the massive Site C dam evaporate amid a slump in the oil and gas industry, says a new report released Tuesday.

The slowdown is providing a steady supply of skilled workers for the Peace River project, the report says, easing previous concerns from experts who had warned of potential labour shortages.

The downturn and low interest rates have also resulted in a lower bottom line for the project, now pegged at $8.3 billion, about $500 million less than expected.

B.C. Hydro, which is building the dam, hired Ernst and Young and BTY Consultancy Group Inc. to review the project's risks and management of costs. The 43-page report concluded the project is on time and on budget.

Ernst and Young said the availability of workers in the Peace River region has increased since 2014 due to decreasing investments in the oil and gas sector and Alberta's jobless rate of 8.6 per cent.

The project is expected to create 7,650 construction jobs. Last July, there were more than 1,700 workers on site.

"One of the factors is the present downturn in the economy has been a plus for the project," he said. "Certainly, interest rates are one, cost of materials is a second, but the third is labour, and it certainly is the availability of a larger labour pool to draw on at this time."

One energy analyst said three years ago — when B.C. was basking in the promise of thousands of possible LNG jobs — that labour shortages could hold up some projects.

But the report warned Site C could face cost pressures because of the low value of the Canadian dollar, currently at about 76 cents to the United States dollar.

Opposition New Democrat Leader John Horgan said he can't put much stock in a report that he Crown corporation paid consultants to produce.

"This was a government that made the decision to proceed with this project without any third-party oversight," he said.

Site C will create an 83 kilometre reservoir in the Peace River Valley area, flooding more than 5,550 hectares of land of which at least 3,800 hectares is agricultural land. It will flood First Nations heritage sites and force up to 20 families, most of them lifelong ranchers, to move.