'TIME TO QUIT LIVING IN SHAME': Mowachaht Elder Lillian Howard spent six years in West Coast area residential schools, and is one of 7,000 survivors to testify during the federal Truth and Reconciliation hearings. She shared her experience with The Vancouver Observer after the TRC 2015 report closing ceremonies. 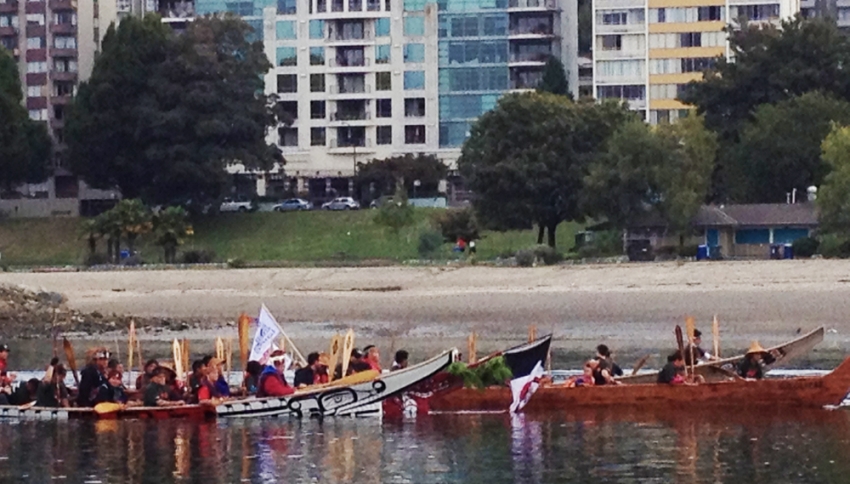 EMOTIONAL JOURNEY: A solemn, lengthy procession through False Creek of up to 50 canoes representing the vast community of First Nations marked the beginning of Vancouver's Reconciliation Week in 2013. Photo by Carlyn Yandle

VO: What was it like to live in a residential school?

LH: "I was sexually assaulted when I was six and seven years old, and I was beaten up brutally throughout my years in a residential school. I was emotionally abused, I couldn’t speak my language, and I was punished for just being a kid — lonely for my parents, wanting to be home, missing warmth, missing comfort. We were punished constantly and this is a common experience.”

VO: How did your experience impact your adult life?

LH: “I had to deal with a lot of demons that came out of that. I almost became a workaholic and I almost became a closet drinker — almost. There were times when I wanted to numb the pain but I knew that wasn’t the route to go on. I didn’t know at that time that the IRS (Indian residential school) issue had haunted me for a good part of my life until the death of my daughter, and I had to go through a sexual abuse workshop….  That’s when I realized I’m a sexual-abuse survivor, and I had continued to suppress that.”

VO: Have you been able to move on?

LH: “I wouldn’t deal with (sexual abuse) until about three years ago. During that healing journey I discovered that I won’t ever be free until I find forgiveness for the people that hurt me…. I did share testimony during the Reconciliation Week here in Vancouver, which was another major turning point for me…. so now I lead a healthier lifestyle simply because I’ve acknowledged that this is what happened to me: I’m a sexually-abused survivor, I’m a survivor of rape, I’m a survivor of physical and emotional abuse. And I’ve overcome that, so I feel liberated. I feel empowered. I no longer feel like a failure.” 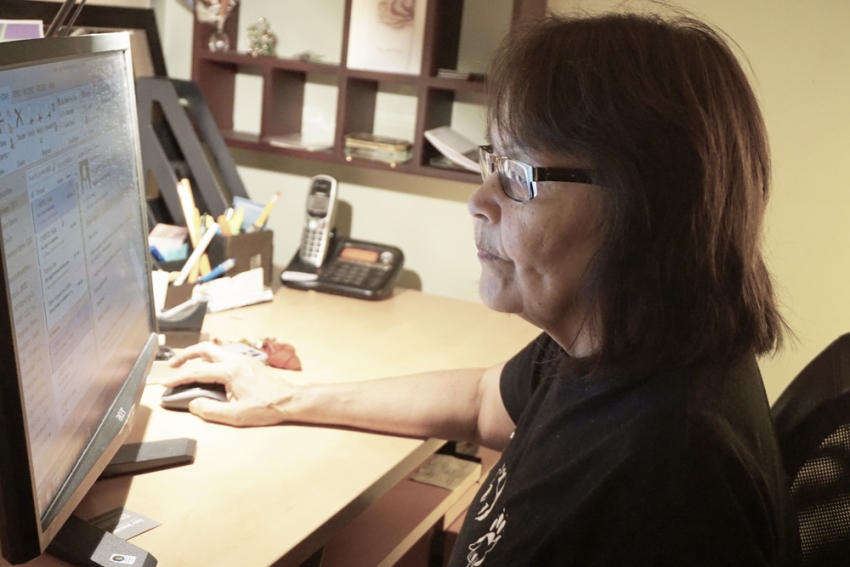 Lillian Howard, a director at the Vancouver Aboriginal Community Policing Centre Society and an advocate for Canada's Indigenous population, catches up on the Truth and Reconciliation closing ceremonies Tuesday. Photo By Elizabeth McSheffrey

VO: What impact do residential schools continue to have on Aboriginal communities at large?

LH: “We became victims of oppression and sexual, physical and emotional abuse ever since we were children, snd growing up, that was transferred onto our children and our grandchildren. So out of that there were vicious cycles of violence within our communities, whether it be in villages, reserves or an urban setting. We are in this social turmoil, but with the guidance of our ancestors, over the last number of years, we’ve begun turning that around. There are a lot of survivors who have begun their healing journeys, there are a lot of elders who are taking us by the hand and saying, ‘It’s time to let go, it’s time to move on, it’s time to share your story, and it’s time to quit living in shame, guilt and blame.’”

VO: How will the 2015 Truth and Reconciliation Commission report will change all that?

LH: “I think the Truth and Reconciliation Commission opened up a lot of wounds when that process began, and it opened up a lot of doors for survivors to begin dealing with that issue. There is an offer for reconciliation, there is an offer to turn things around. There is an offer to rebuild our communities together and work together to build healthy, safer societies. Our role is to educate the larger society about our experience of the cultural genocide of aboriginal people in Canada, and now we’re preparing the young people to take that torch and carry on the reconciliation process.”

VO: Cultural genocide. Now that Canada has acknowledged the term, do you think the TRC will result in tangible change?

LH: “I am hopeful. Change has begun and I’ve witnessed that. It’s something I didn’t think I would see in my lifetime, so I see a lot of hope. I’m really quite impressed with what’s happening here in Vancouver in terms of our city proclaiming a Year of Reconciliation last year, and making Vancouver a city of reconciliation, not just with the aboriginal community, but with other ethnic groups and marginalized groups that face challenges on a daily basis.”

VO: Finally, how did you feel watching the TRC report live on television, after years of officials ignoring these events?

LH: “(Tuesday) was a really heavy day because in watching the broadcast I was very emotional. I couldn’t help but cry. I couldn’t help but feel this compassion for my aboriginal sisters and brothers who are survivors, the ones who didn’t make it, and feeling so fortunate that we are still here and that we have that resilience to carry on. So it was a really, really heavy day yesterday for me and many others, but at the same time it was uplifting in the sense that a moment was shared with all of Canada, and people felt that - that it was a heavy day, a big day. It was really important for our aboriginal community to hear that and for the larger Canadian society to hear that and begin acknowledging that yes, it is a dark reality and truth of Canadian history; it’s no longer a secret.”