The company says it has reached 28 mutual benefits agreements with First Nations groups. 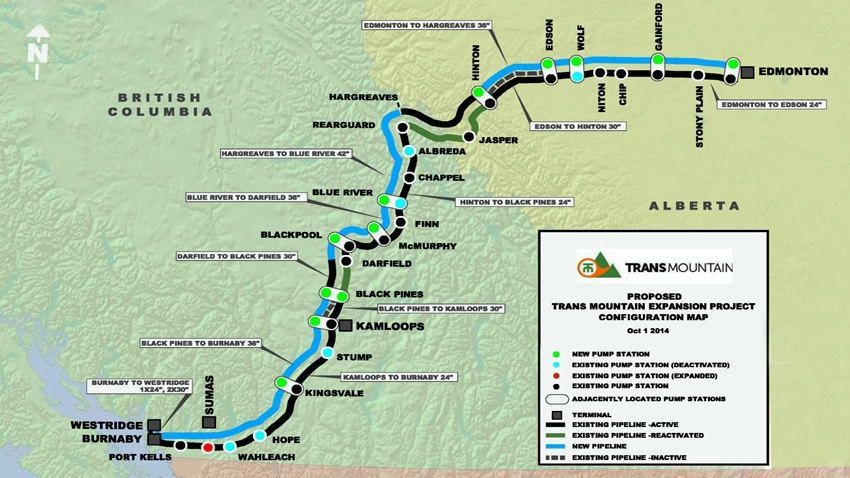 Trans Mountain has filed its final arguments to the National Energy Board, saying its pipeline expansion would increase Canada's gross domestic product by $18.2 billion during the first 20 years of operation.

The Kinder Morgan-owned company says in the documents that the $5.4-billion proposal to triple the bitumen-carrying capacity of the Trans Mountain line between Edmonton and Metro Vancouver is a "safe and viable option."

It addressed a number of scathing reports issued by interveners earlier this year, including one that found toxic benzene fumes from a spill could make up to one million people sick.

Trans Mountain says the report is misleading because it leans toward a worst-case scenario without qualification and doesn't account for the company's enhanced spill response plan.

It also says 145 draft conditions issued last week by the National Energy Board are rigorous but achievable but is requesting some changes to help keep its construction schedule on track.

The company says it has reached 28 mutual benefits agreements with First Nations groups.